Seth Gilliam, Christian Serratos, Michael Cudlitz and Pollyanna McIntosh were there to talk about the recent relationship triangles on the show with the recent 6 year time jump.

Rosita (Serratos) and Gabriel (Gilliam) were asked how they felt when they learned of the upcoming show relationship that surprised most fans. 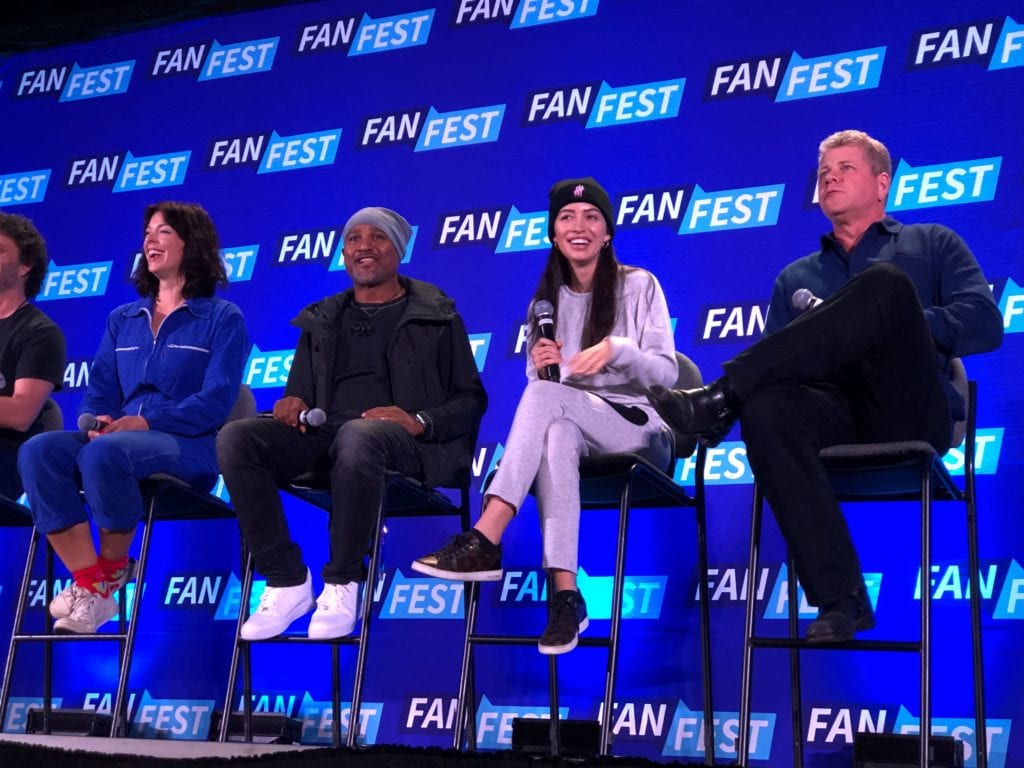 Christian says show runner Angela Kang called her and told her this is what they are thinking, and told her there were a couple alternatives they were tossing around as well aside from Gabriel for her.

Cudlitz joked, “How did it feel? Whatever.”

Seth shared that it was Greg Nicotero who let him know the plan.

Greg Nicotero told me that I should probably spend a little more time getting to know you better. He said you should find out what she likes, what she doesn’t like.

No, I didn’t quite understand, I was quite hard-headed about it.

They joked that they already know each other well enough.

Cudlitz joked, “Gabriel’s like, I got one good eye, and you look really good.”

When we first met Abraham and Rosita, they were in a relationship that wasn’t as progressive as one he later found with Sasha. Rosita had been hurt but also moved on. Now, Rosita seems to be looking for something real as well and has found it with Gabriel, even though Eugene is also admitting his love for her at the same time.

Christian says her and Josh McDermitt have spoken about what they would do if their characters ever dated on the show, but it doesn’t seem like it will go that direction.

What do you think of Rosita and Gabriel together? Do you think it will last or will things change?