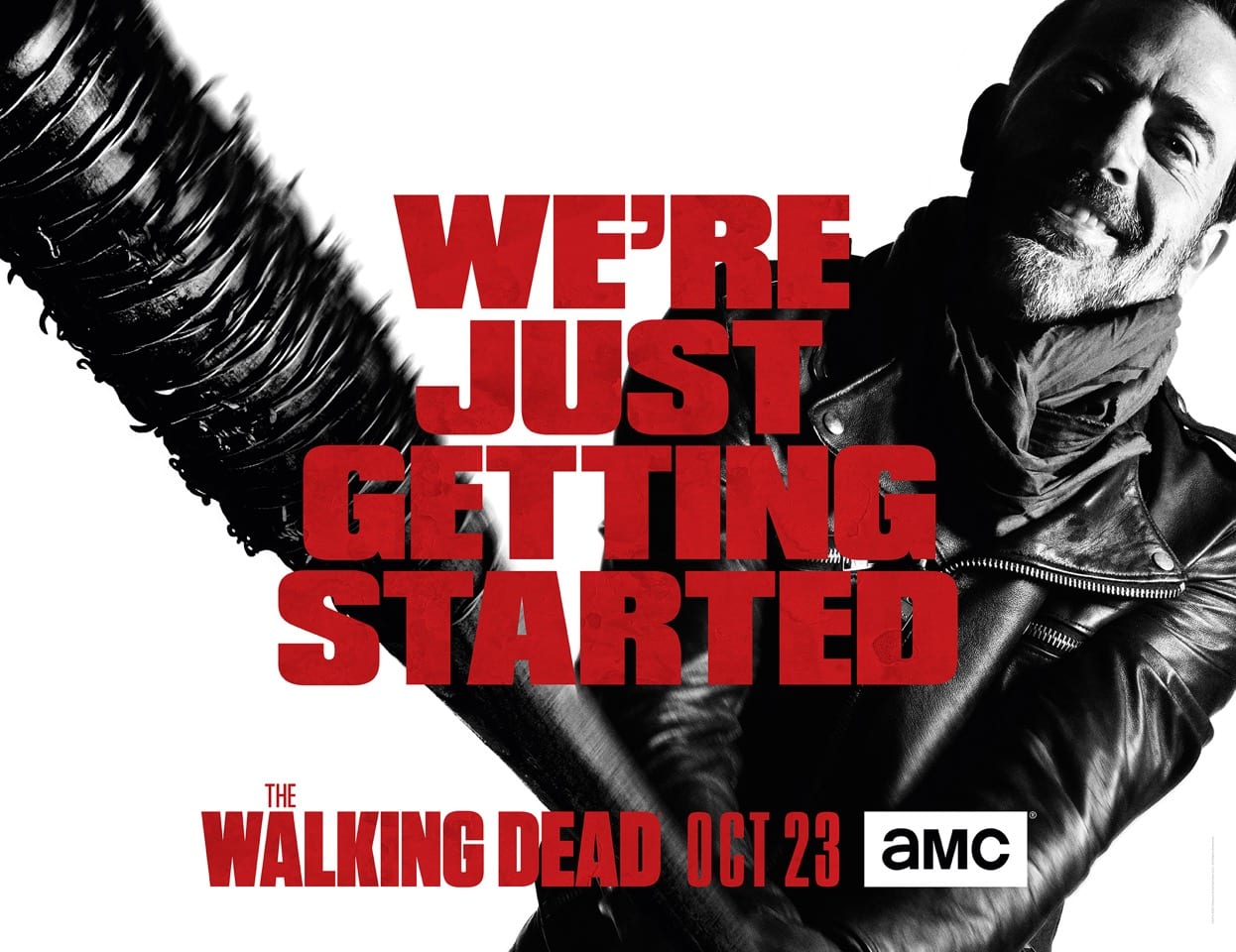 On the heels of the exclusive sneak peek of The Walking Dead shown during the series’ panel at New York Comic Con, AMC has just released the title of the season 7 premiere as well as the synopsis.

The season premiere is ominously titled “The Day Will Come When You Won’t Be” and the synopsis reads:

“Last season ended with Rick and our group kneeling helplessly before Negan and his group. What Negan does will haunt those who survives forever.”

If the title sounds familiar, those words were said by Dr. Jenner in the season one finale to Rick after he said he was grateful to Jenner for letting him and the group leave the CDC before it was decimated.

It was previously announced that the premiere has been extended an extra six minutes, from 9:00 to 10:06, followed by Talking Dead with every member of Negan’s lineup, Jeffrey Dean Morgan himself, Scott Gimple and Robert Kirkman as guests.

Oh man, we’re so excited yet anxious! Thank goodness we don’t have to wait much longer!

What do you think of the episode title? What are your predictions for the premiere?