One of the key concerns fans might’ve had upon the arrival of the Season 7 trailer was the fear that there would be an unintentional reveal for who receives the barbed end of Negan’s beloved Lucille in the premier. With that being said, I’m pleased to report that not only is this a great trailer…but, it does an incredible job at still keeping things under wraps for who we will see bite the big one when the show returns in the fall. Let’s break it down, shall we?

Now, the brilliance with this is that they’ve completely avoided showing a single character involved in the “line-up” sequence shown during the Season 6 Finale. By doing this, the producers have given zero clues to act as ammunition for theorists to put together to say “HEY, THIS IS WHO DIED.”

While we wait impatiently for the return of Season 7, let’s talk about who YOU think could’ve gotten the bat. Is it just one? Is it more than one? Let us know!

Also…is it just me, or, did we get a glimpse of The Whisperers in this trailer? These Walkers look a little too much like a human-in-a-costume. Hmmm… 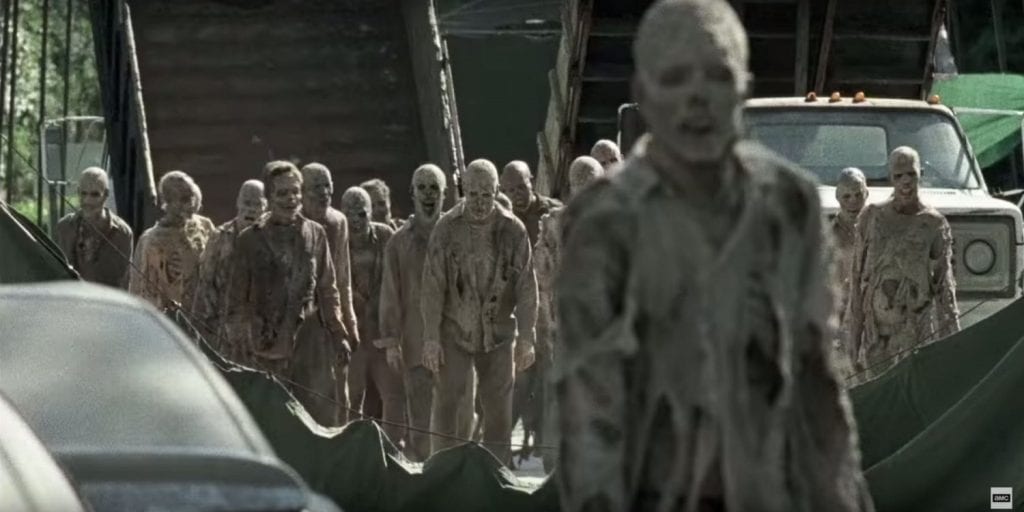 The Walking Dead: Season 7 will premier October 23rd on AMC.

*Characters in flashback sequence not counted as “being seen in trailer.”