The mid-season premiere of The Walking Dead season 8 was a gut-wrenching episode to watch. Carl’s (Chandler Riggs) death was a defining moment for the show. It’s also a pivitol, moment, like Glenn (Steven Yeun) and Abraham’s (Michael Cudlitz) death, where many fans exited from ever watching the show again. Sarah Wayne Callies, who played Lori Grimes on The Walking Dead, believes Carl’s life and death was a good one and Lori would have been proud of Carl.

On a podcast, Callies had some amazing words to share about her time on the show with Chandler-including the fact that the cast used to joke about how one day they’d reunite, and he’d be a grown man, shaving and hitting puberty. Little did they know at the time, that the show would have turned out to be this big a hit. 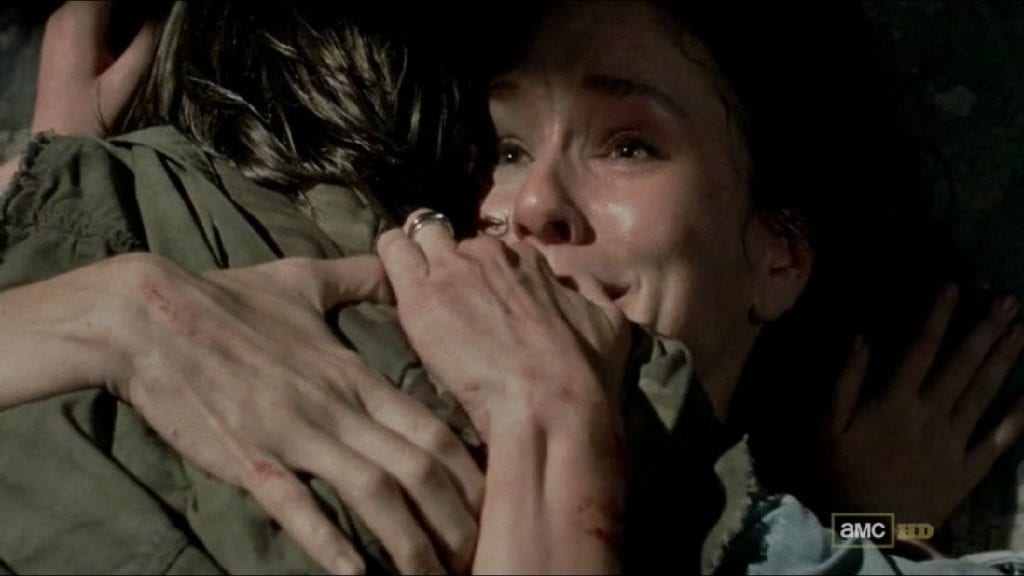 You can listen to Sarah’s full interview HERE!