The Walking Dead arrived on the scene in 2011 and took the cable television world by storm, creating a public and fan base that became obsessed with zombie culture.  Zombies were literally everywhere and on every platform. The hero of the story, Rick Grimes (Andrew Lincoln) became everyone’s hero and would go on to play the role for almost nine seasons.

However, recently a fan caught a glaring mistake in the very first episode (also part of the second episode) that could have changed The Walking Dead forever.

In the episode, Rick is in a tank that is surrounded by a horde of walkers.  There is also a deceased military fighter in the tank too.  Rick locates a grenade that he uses to help him escape.  However, there is something wrong with this grenade.

The grenade that Rick uses is actually a dummy grenade.  Check out the image below.

A fan recently pointed out the error. In hindsight, this is most likely an error with the props department and armory who either weren’t aware of the difference between a live and dummy grenade or they just figured most viewers wouldn’t know the difference and used it due to safety.

This scene appeared inescapable.  And then, we heard one of the best lines from Glenn, “Hey you, dumb ass! Yeah, you in the tank!” And the rest is history.

The grenade later came into play when Rick and the gang escape from the CDC in episode six, TS-19, before it self-destructs. It shouldn’t have worked!

What other mistakes have you caught on The Walking Dead? Let us know!

NEXT ARTICLE: These actors almost played Rick Grimes on The Walking Dead.  And, one actually had the role before Andrew Lincoln and had to turn it down! 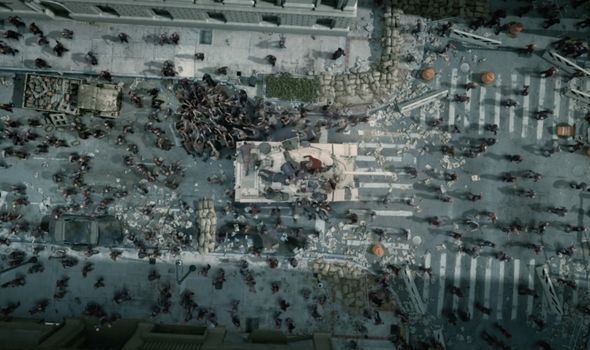