*This article contains spoilers for season 8 of The Walking Dead*

The entire Walking Dead universe was rocked to the core when Carl Grimes, the assumed future of the apocalypse, suffered a walker bite and died this past season. It was a major shakeup from the comics and a total blindside on the TV series as well. The relationship between Rick and Carl had essentially been the heart and soul of the show and with that turned on its head, there was a lot left to be desired.

However, the back half of the season was framed by the letters that Carl wrote on his last day. We were able to hear the letter he left for Negan and then Rick, fresh off a brutal Savior massacre, finally decided to read the letter written to him. Heading into the war though, it seemed that Carl’s pleas for peace weren’t exactly resonating with Rick, but after slashing Negan’s throat open, Rick saw what he had become and what he would continue to become, and finally decided to honor his son and save Negan instead.

We were then treated to a letter that Rick wrote to Carl, paired with the most adorable flashback scene depicting the walk on the farm that Carl mentioned in his letter. Read Rick’s full letter below: 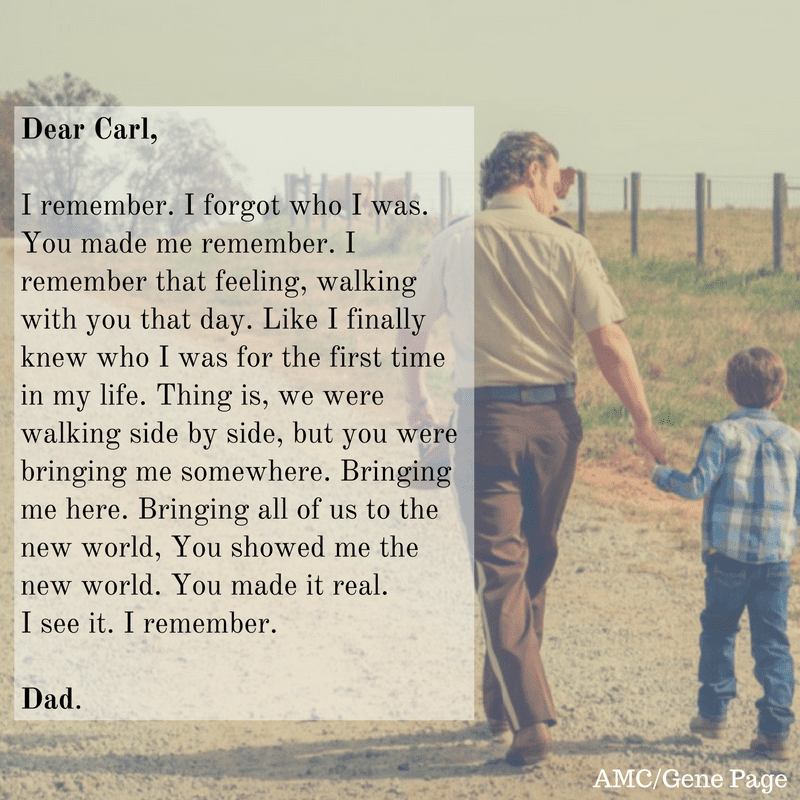 It was a touching end to not only the season but for the entire series. While the show isn’t ending, the season 8 finale definitely closed a chapter for Rick’s story that we had been following for the past eight years. A new world is beginning with new rules and a new Rick and we all have Carl Grimes to thank.