A lot of The Walking Dead fans were incredibly disappointed when they found out that season 11 would end it all. Do you know what’s currently missing from The Walking Dead, though? Its main character. Rick left some time ago and we haven’t seen him since! Norman Reedus, who plays Daryl Dixon, sort of took over as the biggest character. Now, he’s doing us all a favor by trying to get Rick Grimes back! Yep, even Norman Reedus asked Andrew Lincoln to return as Rick Grimes.

Quite a while ago while doing an interview with RadioTimes.com and a few other press outlets, confessed he’s trying to get Andrew Lincoln back. He wants Andrew Lincoln to come back and portray Rick Grimes during The Walking Dead‘s final season!

“You know, I was teasing him the other day on the phone. I was like, ‘You’re coming back for this last season, right?’.” Reedus said. 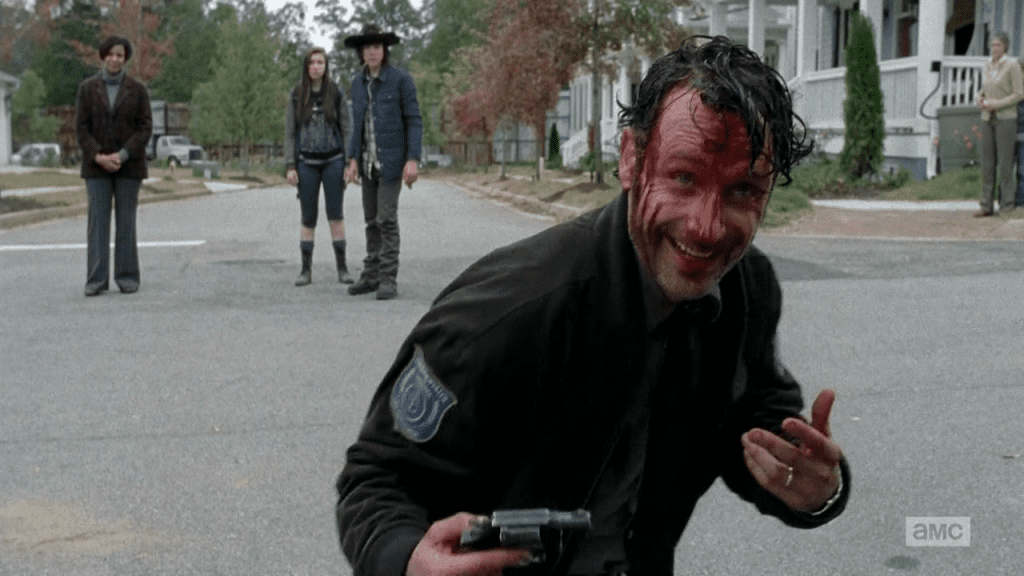 It sounds, however, like Andrew Lincoln doesn’t have an answer for his former co-star. This interview is from a while ago but as far as I know, we haven’t heard anything new. I’m sure if I’m wrong you’ll all let me know in the comments below!

“He’s like, ‘Uh…’ you know, he won’t say anything. He won’t commit. But it’s very Andrew Lincoln to try to pull a fast one on me. So I don’t know. I have no idea. I literally don’t know. I wish I knew. And I have a big mouth, so they probably wouldn’t tell me!”

Ever since the announcement that season 11 would be The Walking Dead‘s final one, fans have been debating the Rick issue. A lot of people want him back, they just don’t know whether or not it is possible. Andrew Lincoln was apparently still very involved in the show despite his departure.

“He throws around the football with the rest of us. He’s very, very interested in this thing,” said Gimple. “And I got to tell you, he’s itching to get back, too. We all are,” he continued.

Lincoln has previously stated that he may have left the show too soon, as the writing for the show has been strong the past two seasons. There wouldn’t be a more exciting moment on the show than to have Rick Grimes make a comeback in the Season 10 finale of the show of which the episode is titled, “A Certain Doom.” An appearance in the final episode, albeit brief, would excite past and present viewers of the show to make sure that Season 11 would be appointment television again.

Season 10 is now over, and we have to wait and see what exactly season 11 will bring. Whether or not Rick returns will certainly sway how the storyline proceeds. If you ask me then Rick SHOULD return. The final season should lead into whatever the Rick movies are going to be about. Not to mention, if we don’t see Rick reunite with his family people will be pissed.

What are your thoughts on Andrew Lincoln and The Walking Dead? Are you ready for more Rick Grimes? If even Norman Reedus asked Andrew Lincoln to return, hopefully, he’s considering it!

The Walking Dead‘s final season starts this summer on AMC.