The Walking Dead just released a new trailer for the Season 10 Finale! If you’re like us, you’re itching for any news on the show and what viewers may expect. Being billed as a one-night-only event, this episode looks like it’s going to be epic!

A #TWD Special Event – One Night Only

WE ARE ALMOST THERE #TWDFAMILY!

AMC also released five images from the upcoming episode. Two of them look eerily familiar and one sets up an encounter between two fan favorites.

This first image sets up an encounter between Negan (Jeffrey Dean Morgan) and Daryl Dixon (Norman Reedus). There’s nothing in their body language that would let you believe that this is a warm welcome. Things appear contentious and we know that this episode is going to be a Game of Thrones style battle between the Survivors and the Whisperers.

This next images shows Daryl navigating the horde of walkers. But if you look closely over his shoulder, to the left, you can see a Whisperer immediately behind him. This is the risk of entering the walker horde, there isn’t just walkers in it this time! 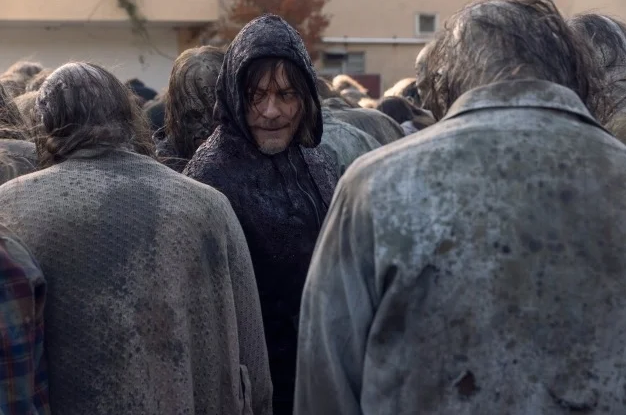 Speaking of Whisperers in the walker horde, here’s an image of Beta (Ryan Hurst). Beta has led the Whispers and thousands of walkers to the doorstep of our survivors, surrounding them inside the hospital.

This last image shows a group of survivors headed to take Eugene (Josh McDermitt) to meet with Stephanie. We anticipate that this will be the introduction of the Commonwealth community from the comics. However, far too often the television show has deviated from the original story source.

Get up to speed with what’s happening with The Walking Dead Season 10 with all of our daily news on the show! Let us know your thoughts in the comments! NEXT ARTICLE: Is the Masked Stranger in the Season 10 Finale Rick Grimes?