Jeffrey Dean Morgan stole the show with the final episode of this season’s The Walking Dead, along with his real-life wife who played his on-screen wife, Lucille (guest star Hilarie Burton Morgan). In the Season 10 finale, “Here’s Negan,”not only his Negan here, but he’s here to stay!  Morgan previously confirmed to Conan that a spin-off was in the works and now appears to sound like Negan’s return is happening! 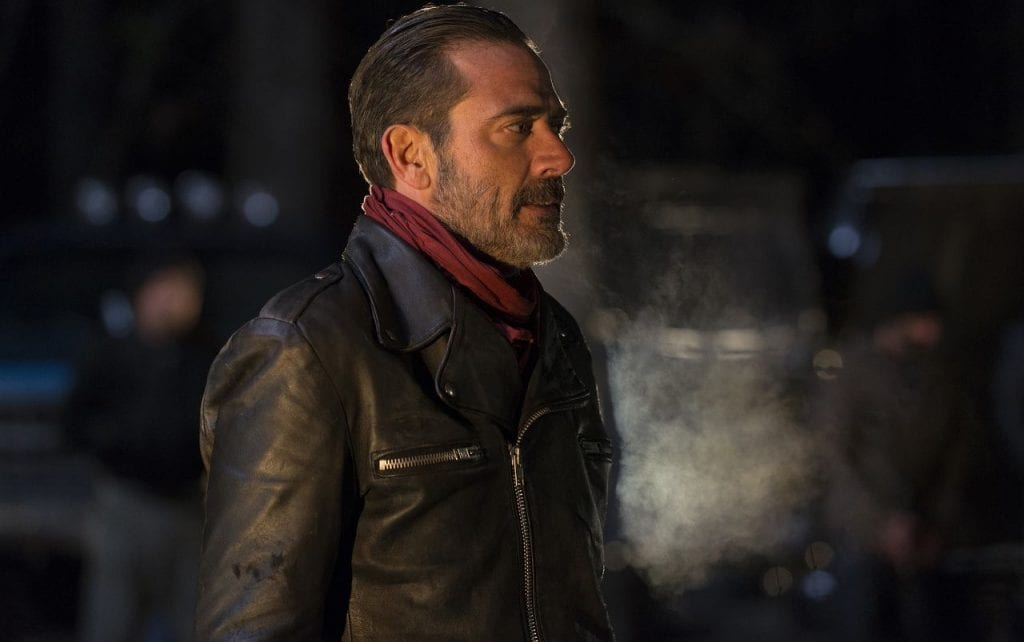 “I live in Georgia with this family for seven, eight months of the year, every year, and then usually I’m with Norman doing press somewhere in the world for another couple months. I’ll very much miss this being part of my life,” Morgan told CinePOP while promoting his new movie, The Unholy. “So we’ll see. It’s gonna be the end of Negan as we know him on The Walking Dead, but we may see Negan again down the line somewhere else. Maybe in movie theaters, and maybe on the small screen again.”

“We’re talking about all sorts of things,” said Morgan, a Walking Dead regular since its Season 6 finale in 2016. “He’s not gonna go away, I don’t think.”

Jeffrey Dean Morgan has been talking about a Negan spin-off for a while now. This is certainly not the first time we’ve heard him discussing this. Morgan spoke about how lucky he is to play Negan during the Walking Dead Family Hangout last year.

“”I’m very lucky to play him because he’s become so well-rounded, and this kind of redemption arc that he’s been on has been very interesting to play. And I think the Negan Lives comic book kind of carries that on. It’s a great little story, it’s just a little slice of a day in the life of [Negan]. It’s great, and I would love to. I always wanted to film that and then the prequel to Negan (Here’s Negan), there’s a comic book for that as well. I’d love to do that.”

The Walking Dead returns to AMC on August 25 for its 11th and final season.