“You should have whispered.” – Beta

Not since Issue 100 where we saw Glenn killed at the hands of Negan has there been a mutilating killing in “The Walking Dead” comic series.

Leave now if you do not wish to know yet.

Father Gabriel is killed by the Whisperer’s leader during an attack on Alexandria.

Horrified with fear and instead of sounding the alarm to alert Alexandria about the coming Whisperers attack, Gabriel catches and breaks his leg when racing down the ladder. While hanging there the Whisperer leader Beta slices Gabriel’s stomach open, slashing his throat and leaving him hanging for a zombie feastfest! I will not spoil anymore but I give this issue 5 stars. Kirkman and Adlard once again do not disappoint. Grab this issue today. Below is the graphic death of the late great Father Gabriel. May he rest in peace. 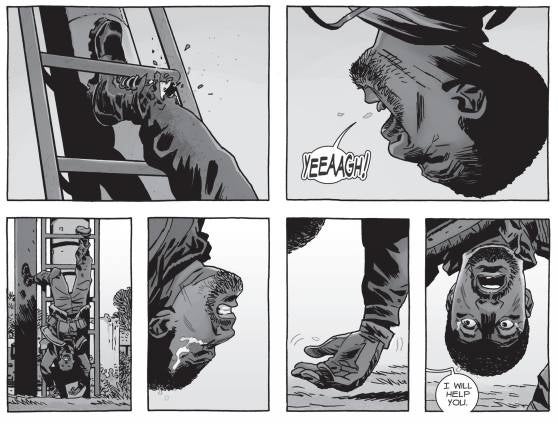 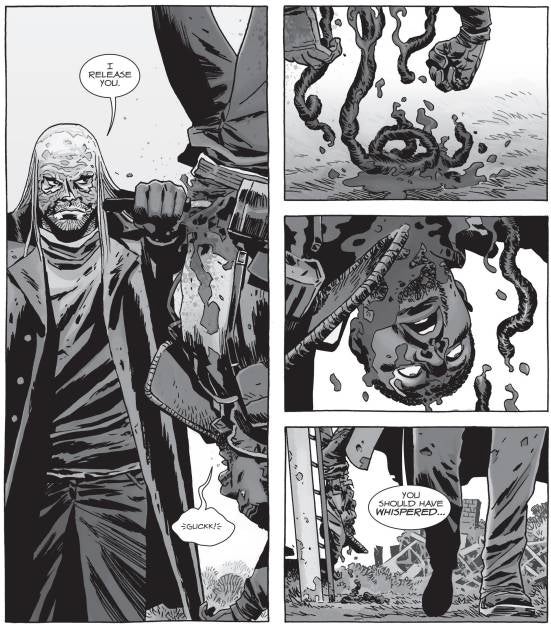