The Walking Dead season 11 is set to begin in just two short months, which is wild to think about. The Walking Dead has been a cultural phenomenon for 11 years, and we can’t wait to see how it ends. Even if we’re pretty sad about it. Now you can get a first look at season 11 with brand new photos courtesy of Entertainment Weekly.

AMC is keeping the details of the season under wraps for now. Thankfully, they’ve promised some cool reveals over the next little while. They’ve announced 11 weeks of reveals which will lead directly into The Walking Dead season 11.

The images were actually shared exclusively to Entertainment Weekly, so credit 100% goes to them! How could we resist sharing these photos with all you hungry Walking Dead fans!? 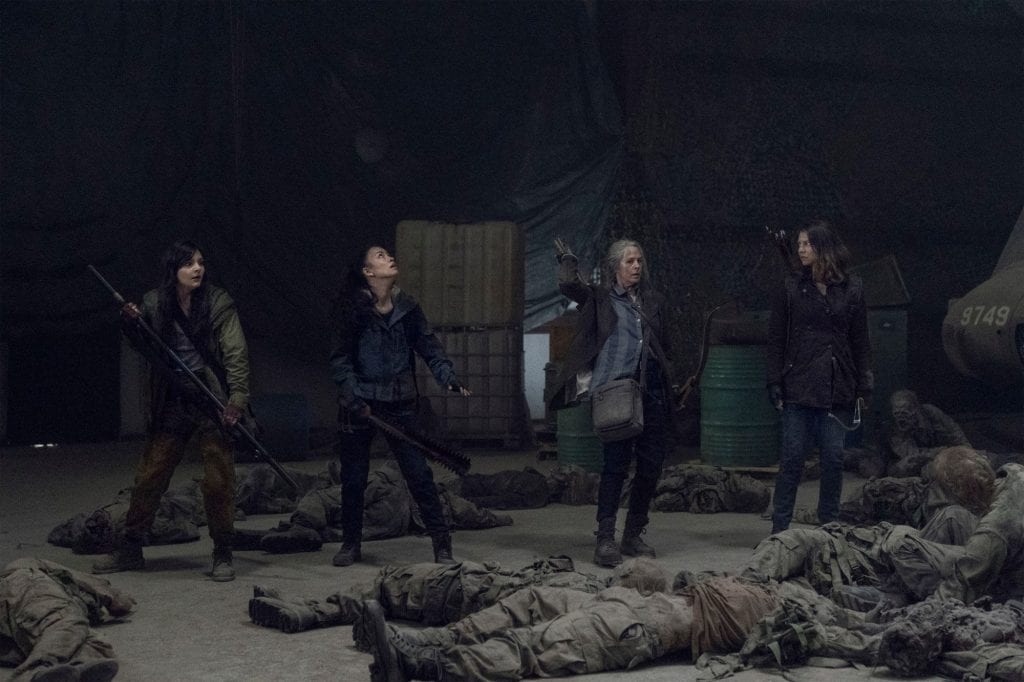 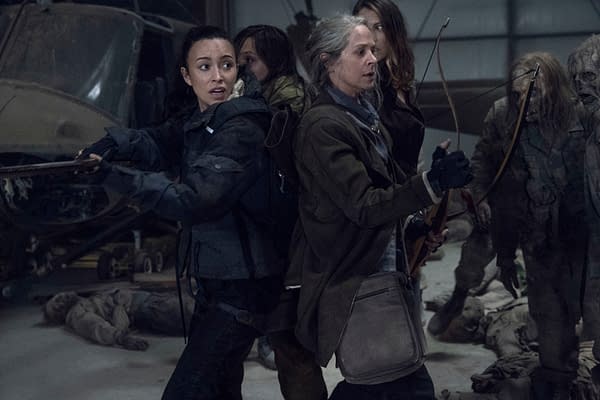 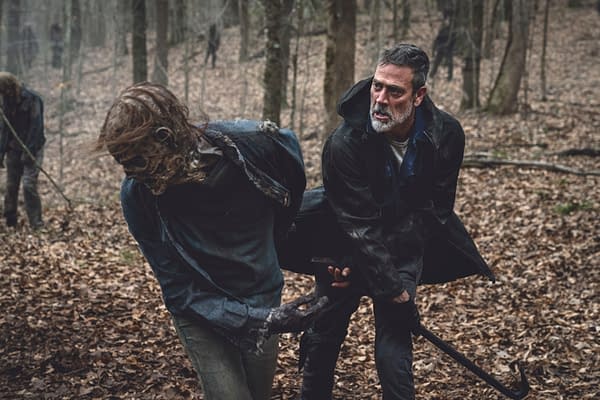 Season 10 ended up getting an additional six episodes, that were toned down in scope because of Covid-19. Luckily the showrunner, Angela Kang, revealed that it would not be the case for season 11. She’s promised that season 11 will be as crazy, if not crazier, than ever.

One big element we’ll be exploring in season 11 is the confrontation between Negan and Maggie. As we’ll all remember, Negan is the one who absolutely destroyed Maggie’s husband, Glenn.

The last time Maggie and Negan saw each other was in the season 10 finale. We got Negan’s tragic backstory after Carol exiled him from Alexandria. He returned by the end of the episode, though.

Carol tried to warn him off but he assured her that he would be fine. He even flashed Maggie a huge smile as he strolled back into Alexandria. If that wasn’t a teaser for what’s to come then I don’t know what is.

Hopefully, Negan and Maggie can find a way to co-exist. Otherwise, things aren’t looking good for Maggie. Jeffrey Dean Morgan already said that Negan’s making it to the end. Could we see Maggie die?

Either way, what did you think of this first look at season 11 with Entertainment Weekly’s exclusive photos? Let us know in the comments!

Home » Television » The Walking Dead: Get A First Look At Season 11 With Brand New Photos Featuring Negan, Daryl And Others!