AMC gave fans a first look at Norman Reedus returning as Daryl Dixon in the upcoming spin-off The Walking Dead: Daryl Dixon. These photos come out after TWD ended its 11th season on Sunday night.

New images of Reedus, 53, were released as he prepares for more dangerous adventures. He is seen standing next to a horse and carriage while facing a group of walkers. Reedus revealed a bit more about the new show and its “different tone” during the live episode of Talking Dead, which followed TWD‘s emotional final episode on Sunday.

“It’s very tunnel vision,” the actor said. “There’s a focus in it that I’m really enjoying.”

“We’re in castles and there’s moats and everyone’s speaking French,” Reedus continued. “[Daryl’s] trying to figure out what they’re saying, and is this going to be a fight?” 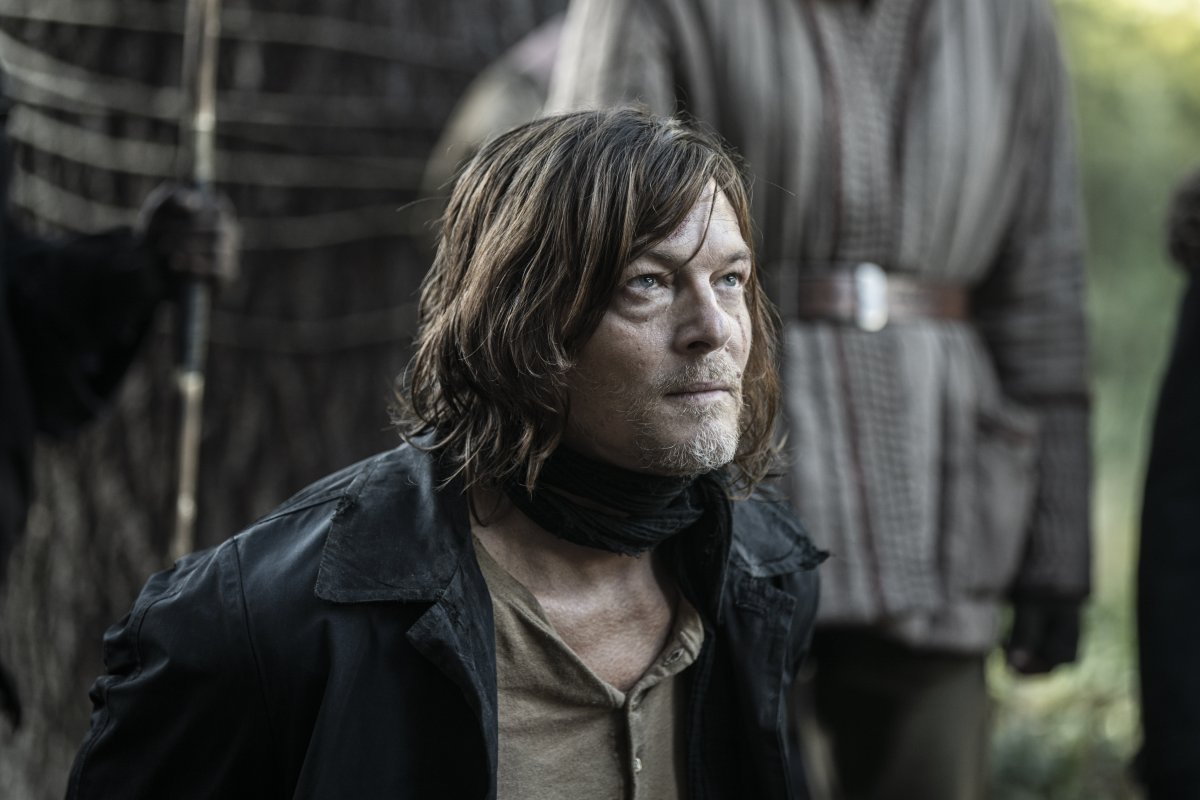 In September, the actor teased how the new series is “going to be f—ing epic” in an interview with Entertainment Weekly. Reedus added that fans can expect the show to feel different from the original series.

“We knew we wanted to make a show that went in the opposite direction just because we didn’t want to do the same thing,” he explained. “So that’s what we’re doing. And it’s going to be way different.” The primary distinction between the spin-off and its parent show will be scenery; while Daryl Dixon is set in Europe, Reedus foretells even more metamorphoses.

“I’ve been going on location scouts here and stuff, but it’s even more than just location,” he shared. “It’s all the things we love about those characters and those shows, but it’s going to be brand new, which I’m excited about.”

The new show — which was initially intended to costar Melissa McBride as Carol Peletier, but she bowed out earlier this year — also stars Harry Potter alum Clémence Poésy and Chernobyl’s Adam Nagaitis.

During an appearance on Jimmy Kimmel Live last month, Reedus confirmed his character arrives in Paris: “Somehow I get put there, and I don’t go there on my own free will.”

“I’ve been out there, location scouting and casting and everything for the last couple of months,” he said. “It’s epic.”

“We’ll destroy the Louvre, it’s going to be nuts,” the actor added.