Is Negan hosting tryouts for his group of Saviors, and did we miss the memo?? It certainly appear to be so. Negan might have a powerful, clean swing when it comes to bashing skulls on AMC’s hit series The Walking Dead, but there’s certainly a few key players out there willing to best him. Literally, there are some players out there. Like Los Angeles Dodgers out-fielder Yasiel Puig.

Puig, a fan of the series, has his very own barb wired Lucielle wrapped in his locker  at Dodgers Stadium.

Check out Puig with his personal Lucille in the image below. 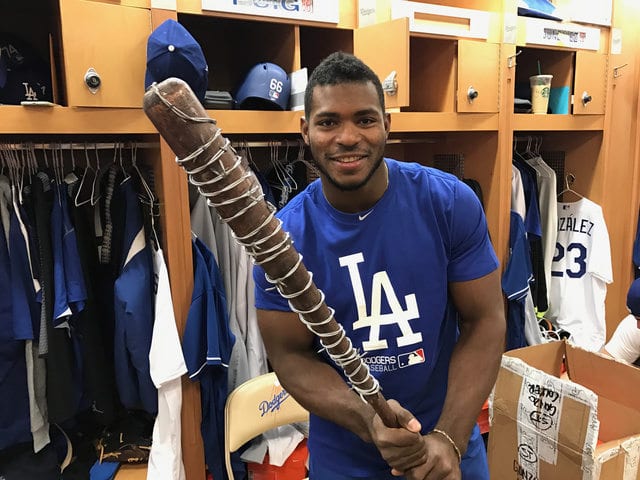 Let’s just hope Puig doesn’t unleash Lucille on Major League Baseball in 2017. Last season he had a total of 11 homeruns, which would certainly mean danger danger for Rick and his crew… if Negan were to decide to recruit him.