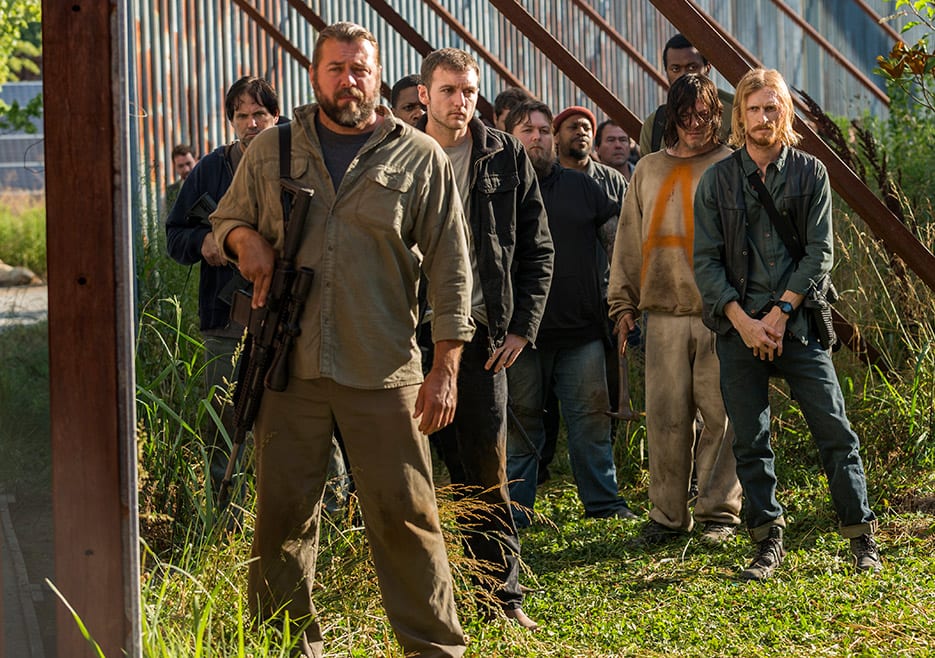 While no blood was shed in last week’s episode, “Service” was still a difficult episode to watch, due to Negan and The Saviors’ takeover of Alexandria as well as the grieving of Glenn and Abraham by Rick and the remaining survivors. However, no one was more helpless in that situation than Daryl – who’s currently being held prisoner and tortured by Negan and Dwight (Still have ‘Easy Street’ stuck in my mind, by the way). Or is there something else brewing?

The popular theory floating around is that Daryl and Rick were actually communicating in morse code – Daryl blinking his eyes and Rick responding by tapping Lucille on the ground. Fans have even go so far as to decipher what Daryl may have said to Rick – “I,E,A,S,T,” meaning “I am East.” They have also speculated that the translation could be “6 miles East” or “East of Hilltop.” Either way, every code contains the word “East” which may have given Rick the advantage he so desperately needs.

“East” was also the name of the fifteenth episode of season six, where Carol and Morgan encountered the Saviors while the rest of the group was taken captive by them. The episode title may be just a coincidence – along with the letter ‘A’ that keep reoccurring, specifically on Daryl’s clothing – but as we’ve learned, on The Walking Dead there’s no such thing.

Do you think Daryl and Rick were secretly communicating with each other?