Robert Kirkman’s Walking Dead comics are known for taking their own path. It is often the path favored by fans, even.

In the December issue of The Walking Dead, we say goodbye to a character who has caused a lot of buzz lately. That character is Dwight. 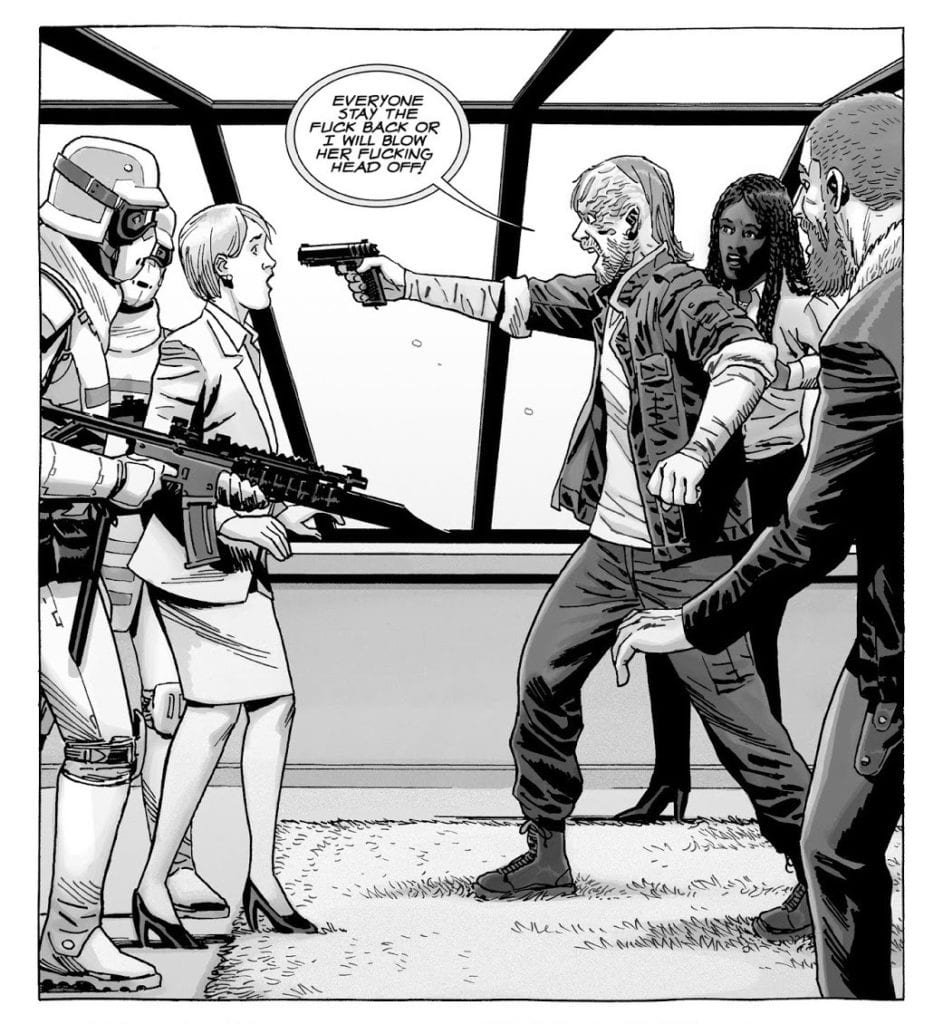 In Issue #186 Dwight has become a very trusted ally to Rick Grimes. He is just free from jail after beginning a revolt against a Commonwealth that follows police state policies of upper and lower class citizens, run by Pamela Milton.

Dwight attempts to save the many people in the state, and tries to get Pamela overthrown, and get Rick in as the new leader.

Rick likes the state for some reason, but is convinced by Dwight that it’s unfair and backwards. Rick doesn’t want to start another war like the one with Negan, so he urges Dwight and Michonne to figure out a new way to fix it. Michonne reveals that she’s invited Pamela to their sit down meeting.

She arrives with guards and guns, and although Michonne begs for a peaceful protest, she is livid that Dwight is colluding. Dwight holds her at gunpoint and threatens overthrowing the Commonwealth. He is intense and insistent. Rick is forced to do something, and shoots Dwight. He dies instantly.

Rick and Michonne fight later, ad Rick blames her for Dwight’s death and what he had to do. He says he will never forgive her for it. Michonne says it avoided a bigger war than before. Rick questions the whole thing now.

This storyline isn’t out of the question on the TV series either. Rick is off in a new land, and Dwight is out there, somewhere. We can be pretty confident we will see both of them again either in the Walking Dead films, or next season.

Austin Amelio recently teased that he isn’t finished with the show to fans at Walker Stalker Con New Jersey.

The Walking Dead issue #187 comes out January 2nd, and the series returns on February 10th.