Rick’s final episode of The Walking Dead aired on Sunday night, and three past characters appeared in their real forms to help him on his journey.

The characters who had extended scenes were Shane Walsh (Seasons 1 and 2), Hershel Green (Season 2-4) and Sasha Season 3-7).

They each appeared to guide Rick in different ways. They had solid advice for him and quelled his worst worries and fears about finding his family.

One thing some fans may have missed, is several other characters spoke amidst all of the dream sequences. We heard the voices of Morgan, Lori, Beth and Abraham.

The first flashback character Rick encounters is his past self.  We find him in the hospital bed again, and this voice is most likely the most recognizable of the bunch. We hear Morgan ask “What is your wound?”

If you watch the episode with captions, you can confirm that it is indeed Morgan intended to speak there. This would make sense, as Morgan is the first person Rick encountered once he left the hospital into the apocalypse for the first time. 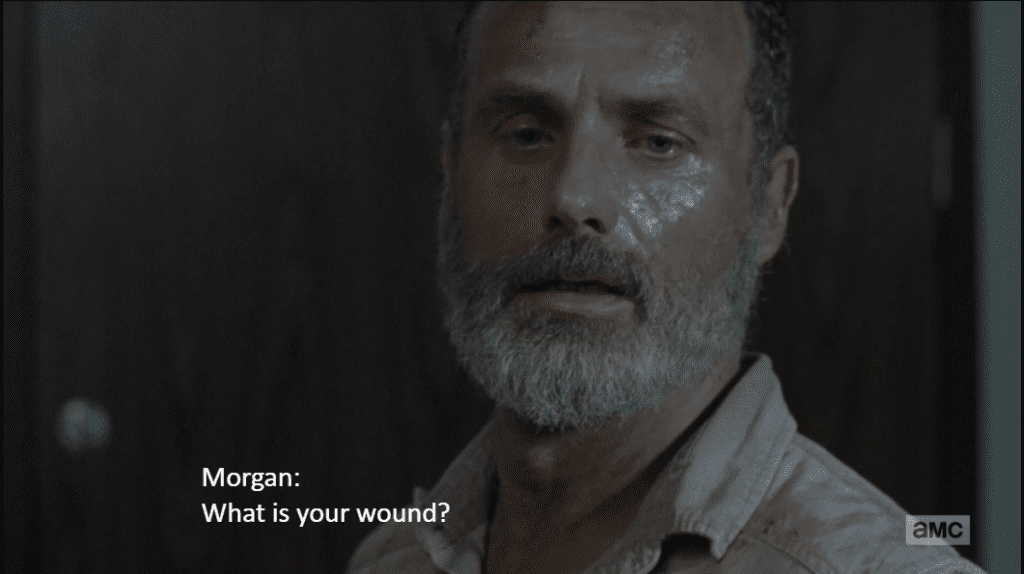 Some fans were wondering why we didn’t see anything from Lori as well, but she actually spoke right before Rick dreams Shane’s sequence.

She asks the questions you hear throughout the episode, “What’s your wound?”

Although we know the voice is supposed to represent Lori, the voice is hard to place. It may be Sarah Wayne Callies, but it sounds a little bit unlike her.

Lori’s voice comes right before Shane’s sequence. This is likely because the two had an affair while Rick was in a coma, and their storyline was very much intertwined. 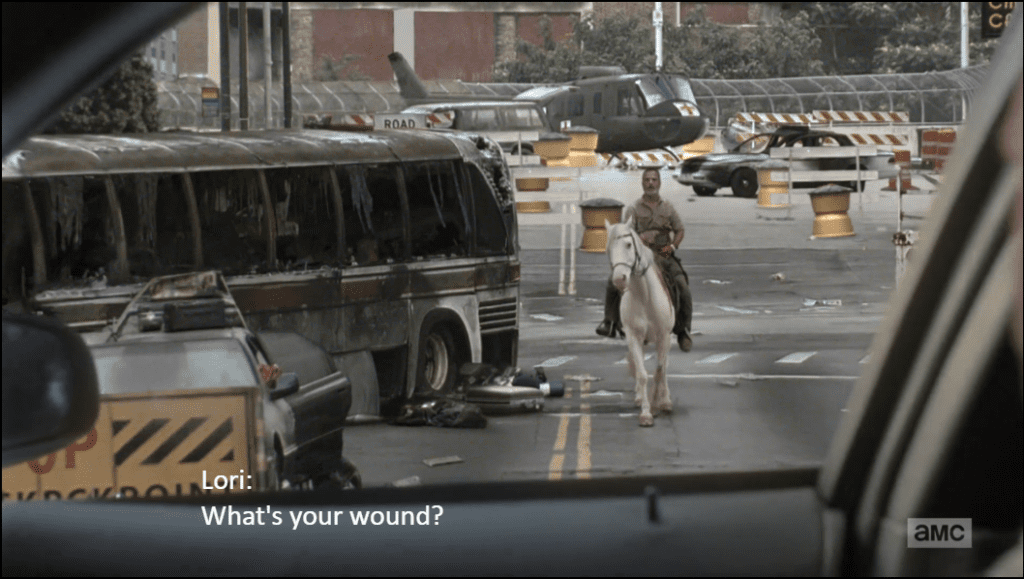 Next up is the beautiful scene with Hershel. The closed captions don’t write her name here, but we believe that was a technical mistake. The voice seems to be that of Hershel’s daughter Beth, and sounds a lot like Emily Kinney’s. 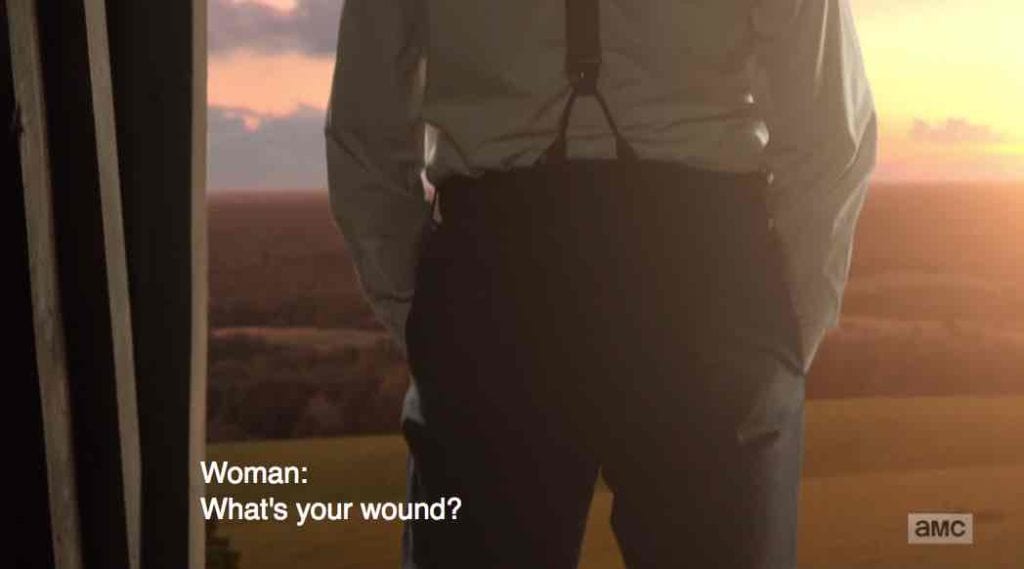 After Hershel, Rick is back in the hospital where you can hear Abraham ask the question. His voice sounds very much like Michael Cudlitz’s. He and Sasha were together before his death, so this is why he is tied into her dream sequence.

Each voice and character had a connection to the cameo, or what took place in the dream sequence, which is a striking way to include them.

Did you guess these voices when you heard them?