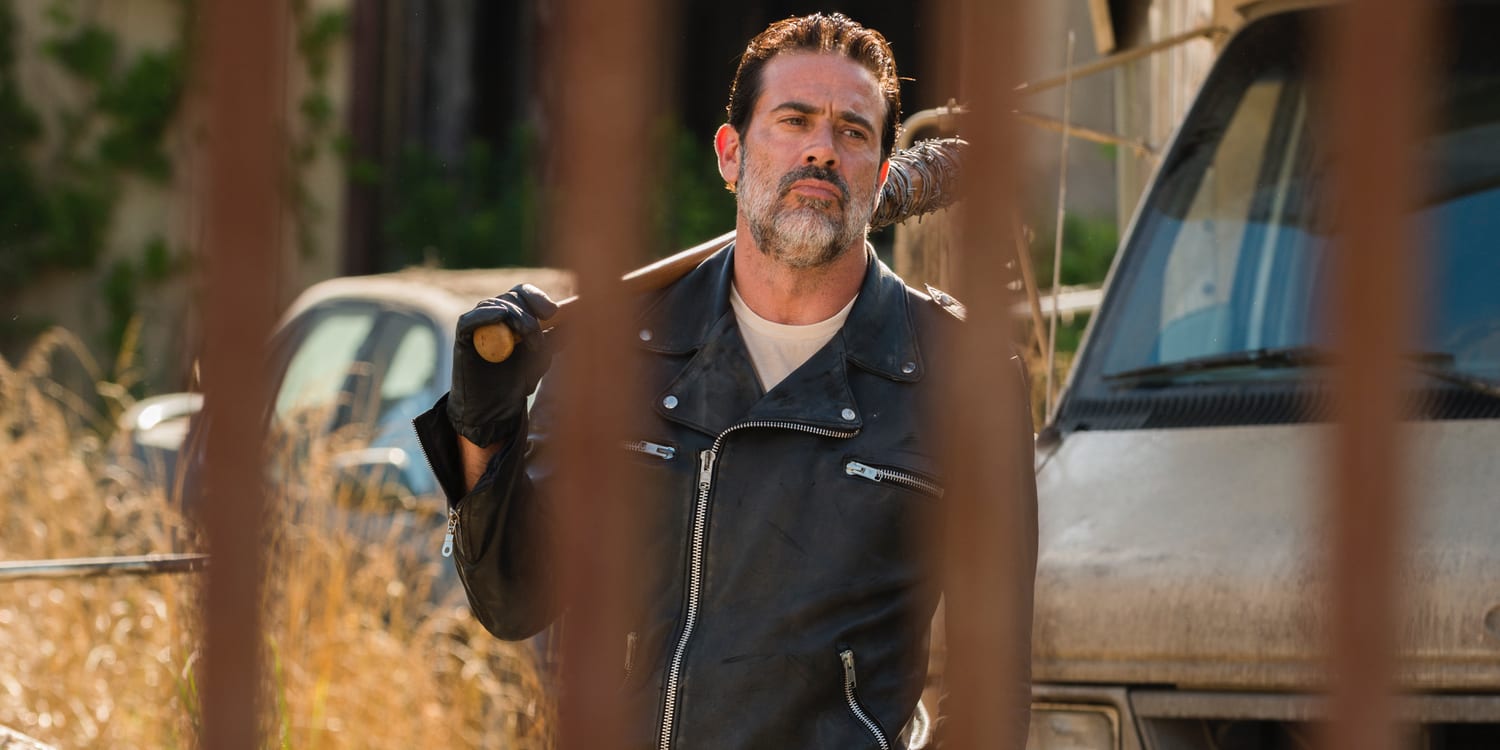 Off-screen, the cast of The Walking Dead have welcomed Jeffrey Dean Morgan into their tight-knit family, praising his phenomenal acting and saying what a great guy he is. On-screen is a different matter, though, as the actor fully commits himself to playing the villainous Negan so well, that some of the cast found themselves overwhelmed with joy when Jeffrey injured himself on-set one day.

“The other day [Morgan] was smiling and carrying on so much, he pulled a rib muscle,” recalling Andrew Lincoln as he laughed. “He doubled down in pain. I was like ‘Yeah, take that motherf***er!’ And it wasn’t even during a take. It was a rehearsal!”

Andrew also says that the rest of the cast took delight in Jeffrey’s minor injury. “Oh, everybody did! No one went to help him. We just went, ‘There you go. Suck it up, sunshine!'”

When asked his take on the incident, Jeffrey replied –

“I’ve been fighting cramps. I get horrible cramps midway through a scene, my ribs will cramp up or my legs or something. So I just had this contraction and I was trying to yell, and it made me buckle over. I was screaming at him and laughing at the same time. So I’m still laughing, and he thought it was hilarious. He’s like, ‘That’s what you get, you f***er! That’s what you get!'”

He continued, “Yeah, it kills [Andrew] that I’m having so much fun. I’m like, ‘It’s not me, Andy, that’s having fun – it’s Negan!’ But I mean, there’s a lot of that that goes back and fourth in between takes, depending on the scene, of course. But there are other scenes that are so intense that there are days that the cast doesn’t even make eye contact until the end of the day, and I get it.”