Watch King Ezekiel and Carol’s love story up to this current moment in The Walking Dead.
The story of the two has had its ups and downs, but are the characters destined to be together? The duo, played by Khary Payton and Melissa McBride, have struggled since the loss of their son, Henry (Matt Lintz).

The video below follows the pair’s relationship up to the current moment.  Their definitely are some great moments between the two but they are both left with current struggles from the loss.

While The Walking Dead has had its fair share of romances over the past nine seasons, it really hasn’t been the main focus like it tends to be on other series. Aside from Glenn and Maggie and Rick and Michonne, romance has been used very subtly, but that hasn’t stopped fans from shipping couples anyway.

For years, fans have been waiting for Carol and Daryl to finally get together, but it looks like season nine holds a different romantic plan for Carol, whose abusive husband Ed died way back in season one.

“I’m personally having a lovely time. Working with Melissa is always amazing. I always say she is the best acting coach I’ve ever had! It just so happens, I don’t have to pay her. Whatever I’m feeling about a scene, she can say something or point something out, and my world changes,” Khary Payton added.

Although, Kang did reassure long-time Walking Dead fans that Caryl shippers will still be satisfied and, so far, in season 10 they certainly have.

While Carol and Daryl certainly had their fair share of flirty moments in the early seasons, their relationship has blossomed into one of the show’s strongest friendships, so it definitely seems like the best move to have that continue rather than trying to push a romantic relationship onto them.

We want to show what happens to people over time, the ways in which they change and grow. We want to look at these, like, very long-standing relationships between the characters who are now all so, so different from when we first met them,” Kang told The Wrap.

What are your thoughts on Carol and Ezekiel’s relationship? Will they find their way back to each other? Let us know your thoughts in the comments below.

The Walking Dead returns on February 23 at 9 p.m. Eastern. 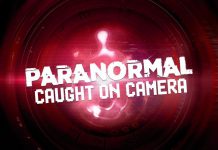