The Walking Dead family lost one of their own when Scott Wilson, who played Hershel Greene on the series, passed away. Always a beacon of light though, his passing brought fans together from all over the world to remember both his brilliant performance on the show and the remarkable man he was outside of it. Today, to honor what would be Wilson’s 77th birthday, we have rounded up some of our favorite Hershel Greene moments. Check them out below!

When he saved Carl

There’s a lot to be terrified of in the zombie apocalypse, but when there’s a manic Rick Grimes running anywhere in your direction, there’s definitely room for pause. Of course, as a healer by nature, Hershel wasted no time getting a shot Carl into the house to begin operating on him. Sure, he was stern and not the most welcoming to Rick’s group, but he never turned his back on them until Otis’ mistake was atoned. Carl had many close calls throughout his time on The Walking Dead, but none of them would have happened had it not been for Hershel.

Escaping to the bar 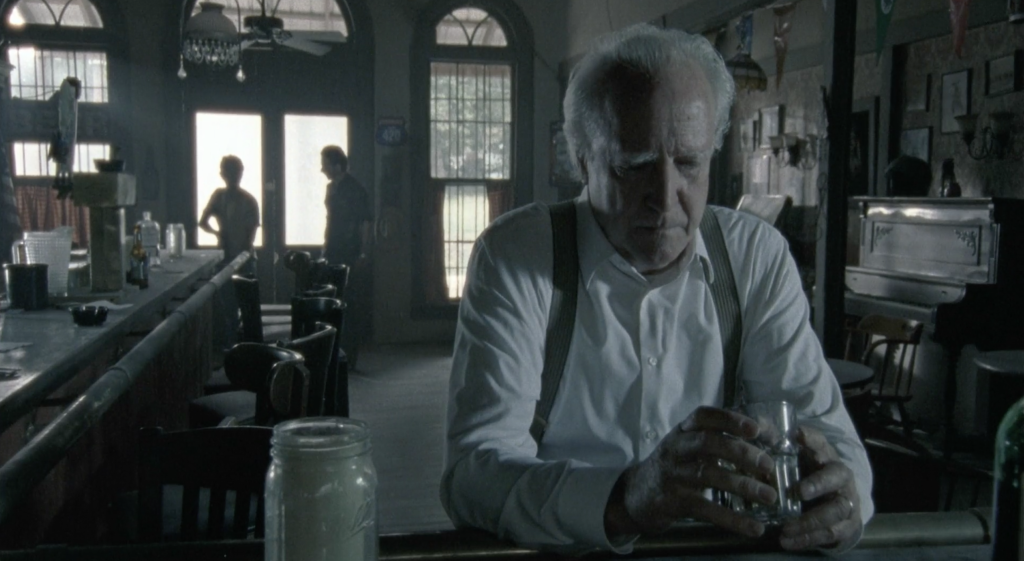 If there’s one thing the end of the world has shown us, it’s that some ghosts will still find a way to haunt. So, after Hershel’s family was massacred by Shane, he found himself at the town bar despite being sober. When Rick and Glenn find him there, they come across another group, and for the first time, The Walking Dead presented a group of humans as a serious threat. It was certainly a first for Hershel who had no idea what the new world was like, and while Rick’s methods of killing the men probably wasn’t his first choice – Rick protected him and the farm and Hershel knew he needed him around. He never did take that drink.

One of the noblest things about Hershel was just how wonderful of a father he was to Maggie and Beth. So, when it came time to give his seal of approval to Glenn, he did it with the utmost reverence by providing him with his pocket watch. As the series progressed, the pocket watch became a way to remember Hershel and eventually for Maggie, a way to remember Glenn. It tied them all, and the special bond they shared, together.

Who can forget Hershel’s infamous shotgun during the episode his farm fell? That thing seemed to have unlimited shots, and while completely ridiculous, it remains one of the standout moments tied to Hershel’s character that fans love to talk about.

When he lost his leg 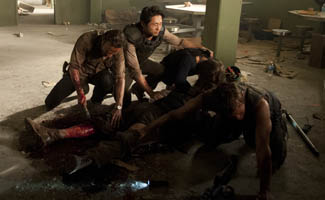 I remember watching the scene where that walker bit Hershel and my heart just completely sank. I was so not ready to say goodbye and thankfully I didn’t have to! Rick took that hatchet to his leg without a second glance and in the process, they all learned something very valuable about amputations in the apocalypse. While some would take losing a leg to be a huge setback, Hershel took it, for lack of a better word…in stride. He always kept up and never let it hold him back.

This one really needs no introduction. Hershel became peak-grandpa status with this one and spaghetti Tuesdays every Wednesday will now live in infamy for The Walking Dead family.

His Risk Your Life Speech

We’ve heard Rick give his fair share of meaningful speeches, but one of the more significant moments for Hershel in The Walking Dead was when he gave this speech. Always one to take care of others, he made the decision to quarantine those getting sick at the prison and then he made the decision to go in there and tend to them. When Rick and Maggie fight him on it, he delivers what is by far my favorite speech from the entire series.  Here it is in its entirety:

As heartbreaking as Hershel’s death was, there’s something to be said about his final moments alive. As he stared at these people who had become his family along with his daughters, he was calm and at peace with the terrible situation he was in. He gave his girls one last gift, one final memory… a smile, and that is how we choose to remember his last moment.

His Return to Rick

After the news of Scott’s passing was announced, fans of The Walking Dead were given something that would have never imagined. They would get to see Hershel again. Scott Wilson had returned to the series to film a scene with Andrew Lincoln for his last episode, so we all we able to see Hershel at home on his farm doing what he does best – being there for Rick. It will be a scene fans can hold close to their hearts forever.

We know we missed some, so, let’s all go down memory lane together! Hit us up in the comments with your favorite Hershel Greene moments.