After last week’s photo release and Twitter tease by Brie Larson herself, we now have a trailer!

It was released first on the MCU’s official twitter on Tuesday with the words,

It certainly seems to display all of those things.

The almost 2 whole minute long trailer starts off with Captain Marvel falling into a Blockbuster, of all places! The film, which was rumored to take place in the 1990s, is officially back in one of our favorite decades. That’s just one thing to be excited about.

It ends with a hair raising image of the hero, complete with dramatic music and glowing eyes. “I’m not what you think I am.” She says.

The official poster was revealed not long before: 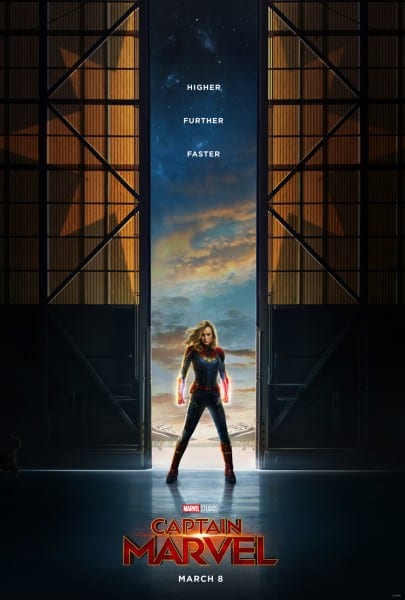 Carol Danvers is coming in hot everyone! Look out!

What did you think of the first official trailer for Captain Marvel?

Home » Featured » The Trailer for ‘Captain Marvel’ is Here!