Nathan Apodaca, who is known for making TikTok videos, went viral in 2020 for a video of himself skateboarding to work. In it, Apodaca drinks cranberry juice and lip-syncs to the song “Dreams” by Fleetwood Mac. Now, Apodaca has used his internet fame to get a guest spot on Hulu’s “Reservation Dogs.”

Nathan Apodaca is known for his video where he skateboards and lip syncs to a song by Fleetwood Mac. In 2020, he was in a show on Hulu called “Reservation Dogs.”

Apodaca became famous because he had to overcome some hard times. 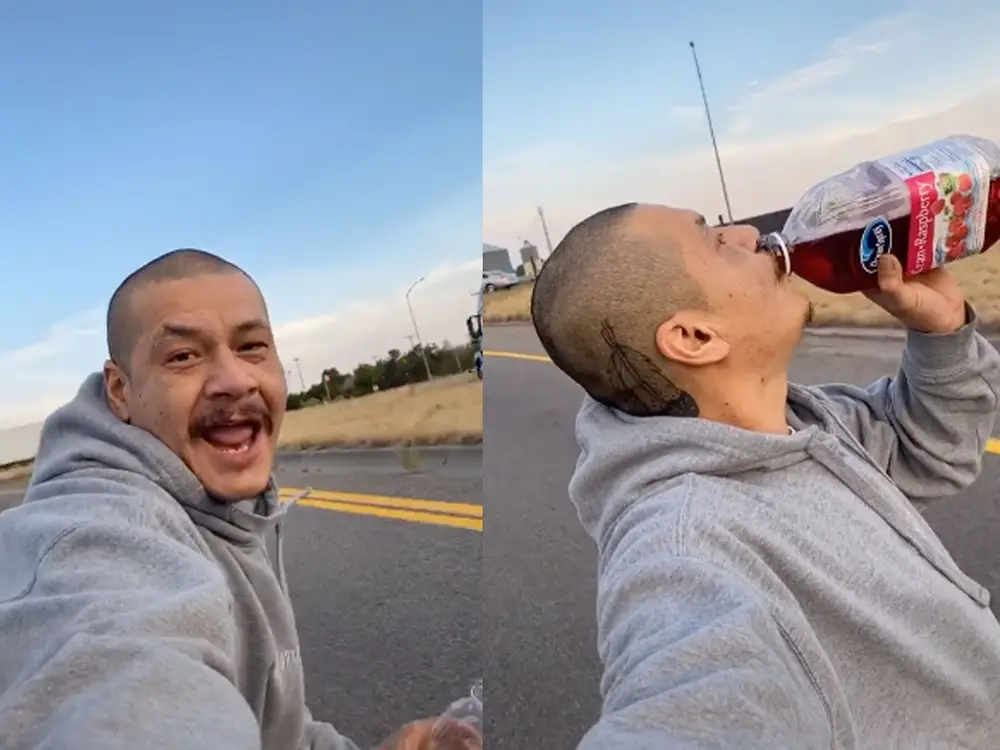 The 37-year-old man started skateboarding to work when his car wouldn’t start, according to the New York Times.

At the time, the 37-year-old was living in an RV without running water. He filmed the video during a ride to his job at a potato warehouse.

Apodaca’s TikTok video was very popular. More than 13.4 million people liked it. After the video became popular, an Ocean Spray representative came to his home with a gift: a truck full of juice. Since then, he has been in commercials and attended the virtual inauguration parade for President Joe Biden.

Now, Apodaca, who has 7.1 million followers on the internet, has landed a guest spot on the Peabody Award-winning show “Reservation Dogs.”

“Reservation Dogs” is a comedy-drama that follows four indigenous teenagers in rural Oklahoma as they grieve the loss of a friend. Apodaca, who is part of the Northern Arapaho tribe, has a role in at least two episodes of season two, as shown on his IMDb page.

Sterlin Harjo, the show’s creator, wants to use “Reservation Dogs” to tell real stories and give other Native filmmakers opportunities for success. “I was the person no one opened doors for,” Harjo said. “So it’s my duty and my job to open those doors.”

“It just, like, takes me to a fantasy that I’ve always dreamed of, you know, which is awesome,” Apodaca said in an interview with KPVI News on August 11. “I’m not done until I’ve paid off my mom and dad’s house, and I’m still striving to do that.”

You can watch the second season of “Reservation Dogs” on Hulu.