The Sojourn by Shifting Tides is a complex and hauntingly beautiful game riddled with creative and thought-provoking puzzles that somehow manages to tell a gripping story despite featuring no named characters or dialogue.

The Sojourn manages to tell its story with no dialogue, no named characters, and no explanation aside from statues. A young boy is born into a world seemingly enslaved; all its citizens wear blindfolds and bow under the leadership of violent oppressors. As the boy grows, he too is given a blindfold and sets out on a journey of discovery.

His travels form the basis of the gameplay, as you follow this young man until old age, and watch as he transforms the world around him. 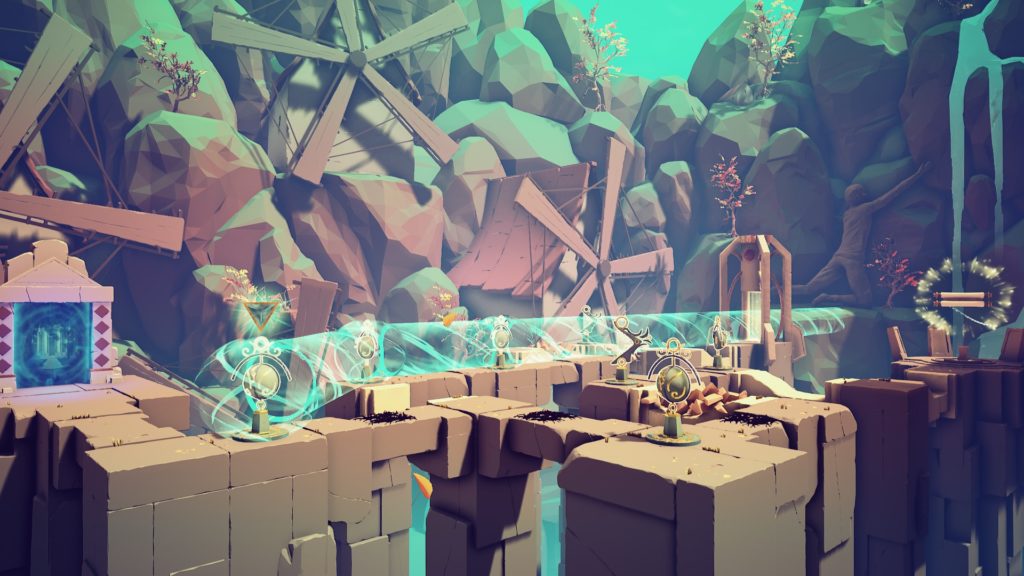 The gameplay consists of fiendishly hard puzzles all seen from a first-person perspective, which ramp up in difficulty as you progress through the unnamed man’s life.

Puzzles begin simply enough, with an introduction to the basics. The goal for each level is to reach the end and free the light, with each area adding new mechanics to that basic structure.

The first gameplay mechanic you are introduced to is the dark world, which occurs when you step in the flames scattered throughout a level. Upon stepping into the dark world, you have a short time limit which depletes as you move. While under the dark world’s magic you can see bridges that are not passable otherwise. Likewise, you gain the ability to swap places with statues to bridge long distances without running out of dark power.

The statues are the most used gameplay mechanic, and it’d serve players well to understand how useful they can be early on. Swapping with a statue while standing on a dark world flame will leave the statue on the flame, allowing you to switch back and forth while constantly recharging your dark world power. Often statues must be placed on platforms to unlock doors or duplicators to create two statues to solve the more tricky puzzles. While the statue swapping mechanic may seem basic at first glance, by the end levels you’ll be surprised by the complex puzzles you can solve with smart statue placements. 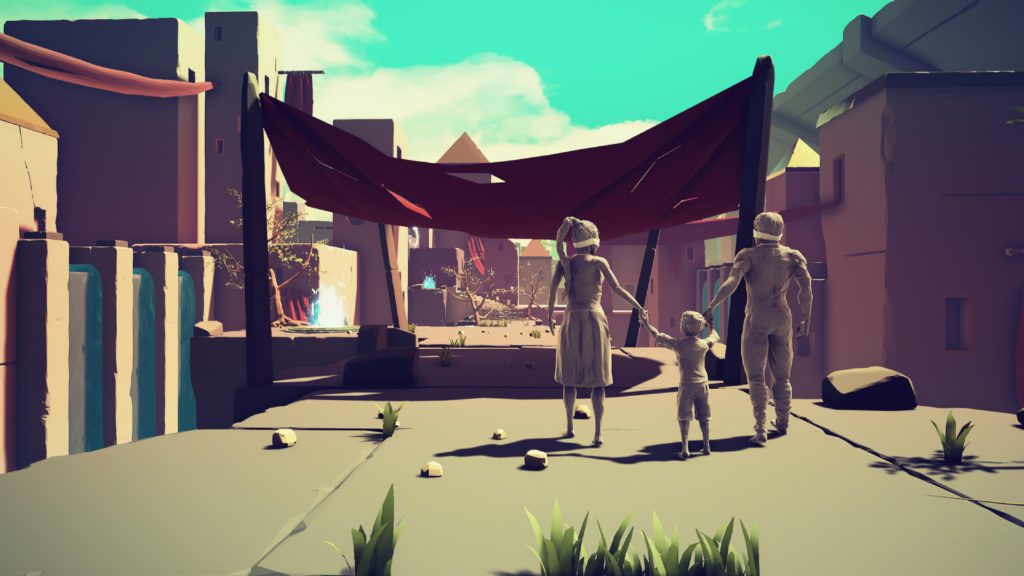 Early on harps are introduced, and can only be played using dark world magic. These harps rebuild bridges for short periods of time and, when used in tandem with the statue swapping, helps puzzles gain in complexity.

Mirrors which reflect beams of dark world light, portals which allow you to remain in the dark world for unlimited amounts of time, and relics able to infuse items with dark world power, each begin to appear around mid-game and push the puzzles to ridiculous lengths. I was constantly surprised by the mechanics at play and the sheer complexity of many of the late game puzzles.

In-between levels are a variety of areas to traverse, from barren stone cliffs to lush snowy villages,  which will show players glimpses of the story. Each area you stumble upon introduces new changes to the puzzles mechanics. Thankfully The Sojourn rarely lingers on one type of puzzle, instead opting to pile up each obstacle to create increasingly complex and creative levels. 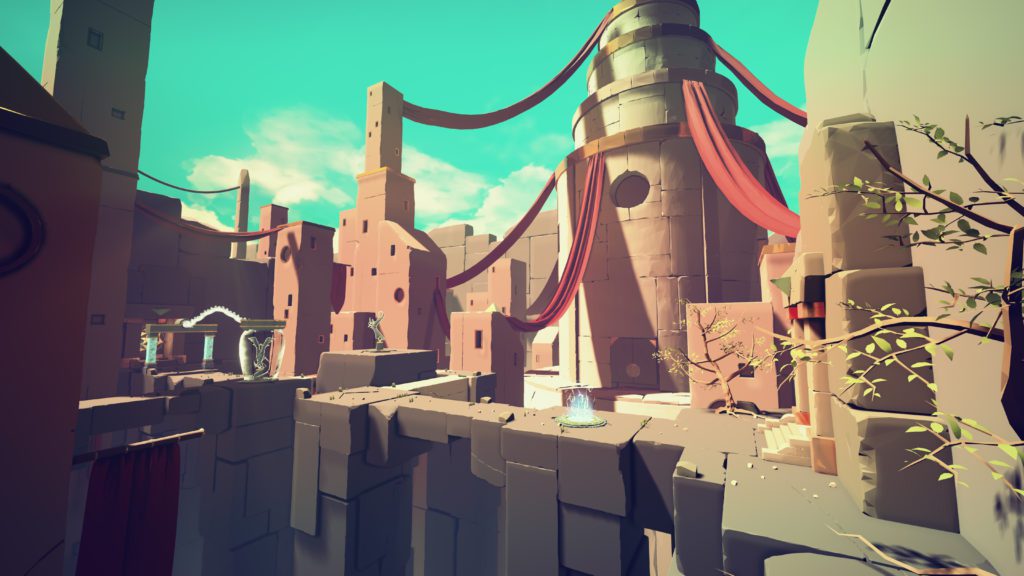 It’s hard to estimate how long The Sojourn will take to complete as it all comes down to the players ability to solve puzzles. The main game may take anywhere from 5 to 10 hours to complete if you’re well-versed in puzzle games, with an additional 5 or so hours added if you choose to complete the additional scroll challenges. Many levels have secondary goals which are harder than the base level, and a few areas have challenge rooms. None of this is required to complete the game.

Puzzle fans will find much to love in The Sojourn and may find theirselves replaying levels to discover quicker routes and attempting to speed run the game. 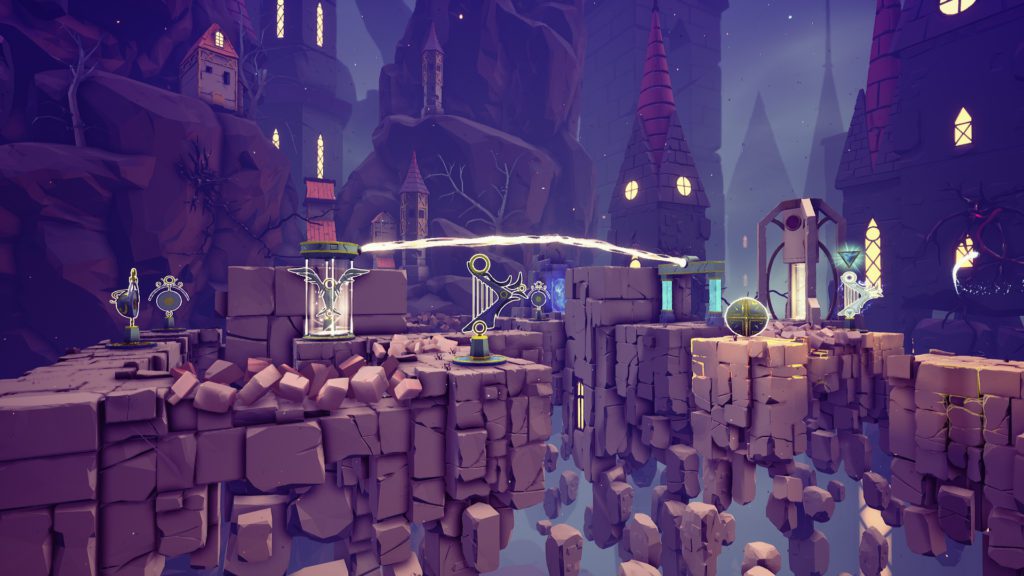 I’m not a huge fan of puzzle games, but I enjoyed The Sojourn.  The puzzles remained thought-provoking and complex throughout, with enough variety between areas to keep me constantly re-evaluating my techniques. For fans of puzzle games, you’ve found yourself a unique gem:  a game capable of telling a gripping story using only visuals, while also featuring mind-numbingly complex levels which continued to grow in smart and creative ways throughout its entire duration.

A review copy of The Sojourn was provided to Fan Fest News for the purpose of this review. The Sojourn is available now on PS4, Xbox One, and PC with an MSRP of $24.99.