When the Tokyo Bay Aqua-Line mysteriously floods and collapses, Japan’s Deputy Chief Cabinet Secretary Rando Yaguchi is convinced that the incident was caused by a living creature. His claims are shrugged off by the Prime Minister who assumes the accident was caused by a natural disaster. However when a long massive tail surfaces from the Bay, the possibility of a giant monster becomes a reality. 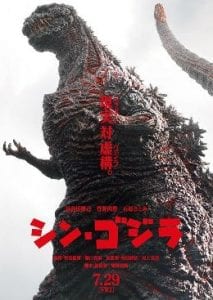 Finally the wait is over.  A second trailer and a few TV spots for Godzilla Resurgence AKA Shin Gojira has been released by Toho Studios. The Big G begins to emit his purple atomic ray at the finale of this trailer giving fans worldwide the answer to one of the big questions.  What color will the Kings Atomic ray be among other things. 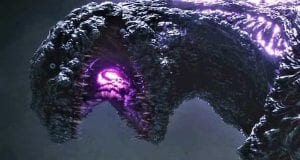 It is the 31st film in the Godzilla franchise, the 29th Godzilla film produced by Toho, and Toho’s third reboot of the franchise. The film is co-directed by Hideaki Anno and Shinji Higuchi, with a screenplay by Anno and visual effects by Higuchi and stars Hiroki Hasegawa, Yutaka Takenouchi, and Satomi Ishihara and reimagines Godzilla’s origins where he emerges in modern Japan for the first time.

Home » Movies » The Second Trailer of Godzilla Resurgence is Released