Following Brendan Fraser receiving a buzzworthy standing ovation at the 2022 Venice Film Festival, Dwayne “The Rock” Johnson has taken to social media to express his adoration for him.

On Sunday, Johnson took to Twitter to reveal how happy is he for Fraser and the advanced praise of his upcoming film The Whale. He also thanked him for his support landing his first acting role in 2001’s The Mummy Returns.

Man this makes me so happy to see this beautiful ovation for Brendan. He supported me coming into his Mummy Returns franchise for my first ever role, which kicked off my Hollywood career. Rooting for all your success brother and congrats to my bud Darren Aronofsky. #TheWhale 👏🏾 https://t.co/SNBLPHHmEZ

“Man this makes me so happy to see this beautiful ovation for Brendan,” Johnson writes He was gracious enough to give me my first professional opportunity in his Mummy Returns franchise, which began my career in Hollywood.
Wishing you loads of success, brother! And huge congratulations to my friend Darren Aronofsky.
#TheWhale 👏🏾”

This makes me so pleased to see the fantastic reception for Brendan. He gave me my first ever acting job in his Mummy Returns franchise, which began my Hollywood career. Congratulations to my buddy Darren Aronofsky on your success. #TheWhale 👏🏾

The standing ovation for #TheWhale was so enthusiastic, Brendan Fraser tried to leave the theater but the crowd’s applause made him stay. #Venezia79 pic.twitter.com/ZZ0vbFX7Rl

The Whale is about Charlie (Fraser), a 600-pound guy who tries to reconnect with his estranged daughter—played by Stranger Things star Sadie Sink— decades after he abandoned his family. Hong Chau, Samantha Morton, and Ty Simpkins join Fraser and Sink in the film directed by Darren Aronofsky, based on a play written by Samuel D. Hunter.

Fraser told Newsweek last summer that his role is certainly different from anything he’s ever done, but he hasn’t seen any of it yet. He does know, however, that it will make a lasting impression. 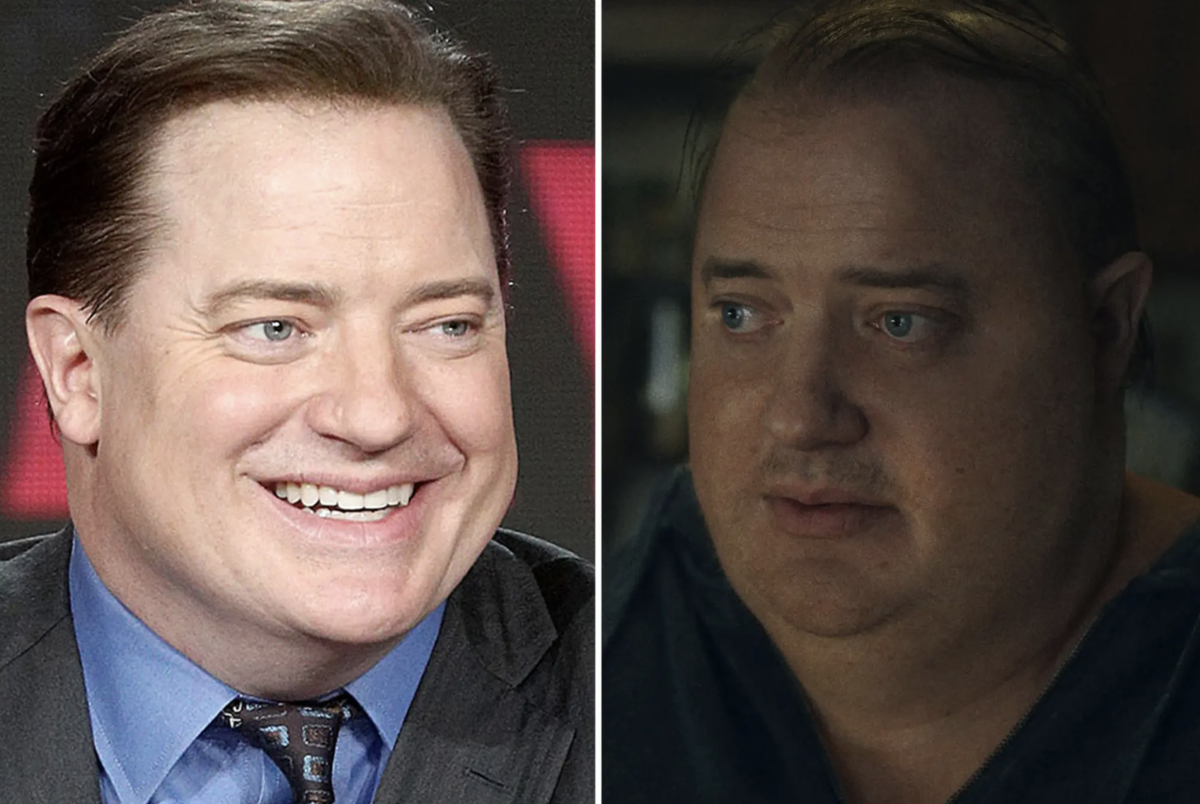 “I even felt a sense of vertigo at the end of the day when all the appliances were removed; it was like stepping off the dock onto a boat in Venice. That [sense of] undulating. It gave me appreciation for those whose bodies are similar. You need to be an incredibly strong person, mentally and physically, to inhabit that physical being.” she revealed in an interview with the press at Venice (via Variety). “I developed muscles I did not know I had,”

He added, “The torso piece was almost like a strait jacket with sleeves that went on, airbrushed by hand, to look identical as would human skin, right down to the hand-punched hair.”

In the past year, both Johnson and Fraser have been involved with the DC universe. Fraser played Garfield Lynns / Firefly in HBO Max’s Batgirl movie, which was taken down by Warner Bros last month. Johnson is set to make his debut in Black Adam this fall.

The Whale will premiere in the United States on December 9th.