Geeklings, a very Happy New Comic Book Day to you all, and what a full New Comic Book Day it is. Seriously, I had a real tough time choosing which books to pimp this week and a part of that could because I’m on comic excitement overload with New York City Comic Con right around the corner (I’ll be there Friday and Saturday if you want to say hi, hit me up on the Twitter feed (@iamgeek32)), but what made the choice rather difficult is the quality of really good books out today. I’ve spent the majority of my day today catching up on comics and I have to say that we have a stellar bunch of books for your eyeholes today.

Being on vacation has been kind of beneficial for my comic reading as I’ve let a number of books build up thus forcing me to binge read a number of them. I’ve been slowly battling this uphill battle but over the last couple of days, I’ve made some real progress. This, in turn, has lead to my comic excitement and what should be a very enthusiastic Pull List today. I’ve even been able to scratch the surface of a number of those graphic novels I’ve been buying on sale… I tell you, friends, life is good. 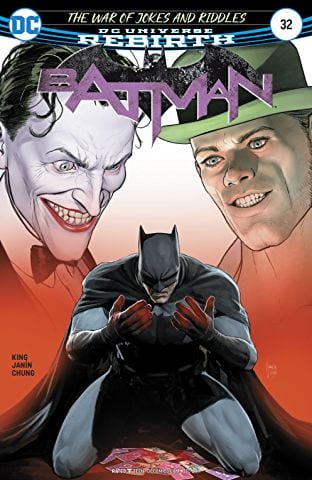 1. Batman #32– Over the last couple of weeks I’ve been a wee bit critical of “The War of Jokes and Riddles”. I was feeling that it was a story arc that had taken up a great deal of space and maybe had outstayed its welcome. Well, Geeklings, I am happy to admit that I was very, very wrong with my assessment. That’s on me because for a minute there I doubted the genius that is Tom King, and that is something I will never do again. Issue #32 not only brings “The War of Jokes and Riddles” to its conclusion by connecting the entire run effortlessly making those Kite Man issues worth it, but it adds a new layer to the mythos of Batman and why he is the way he is, something I didn’t think was possible at this point. If that’s not enough for you the issue also tackles the burning question of Batman’s proposal to Catwoman. I know that DC spoiled this early in the week (why do comic companies keep doing this?!) but it’s still worth the read. This issue is everything I love about Batman man comics, hell, it’s everything I love about comics. I’m sorry Tom King. I’ll be more appreciative during the next story arc, I promise. No more doubt here. 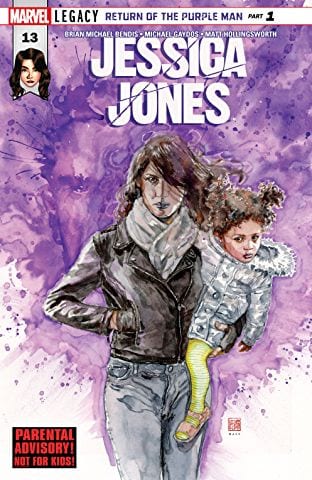 2. Jessica Jones #13– What a way to kick the second year of Jessica Jones’s ongoing comic series. I’m not going to lie to you Geeklings, I have been on quite the Jessica Jones reading kick as of late. Even going so far to catch up on the old Alias series that I’ve let hang on my Fancy Comic Book Reader (ipad) forever. I just love the flawed nature of Jessica and the grittiness of the universe Bendis provides here. Yes, it is clearly connected to The Defenders and Miles Morales but that only makes it more enjoyable. If you were a fan of the Netflix series or The Defenders then you know that Jessica Jones is at the height of popularity. This issue looks to take the notoriety of Kilgrave and weave him back into the pages of Jessica’s life. The paranoia here reminds me a lot of the Skrull invasion from way back (also written by Bendis) and just helps to remind me how creepy of a villain the Purple Man is. Plus that ending. Get yourself ready for what seems to be one hell of an arc. On top of that Captain Marvel swears. I love it when heroes swear. 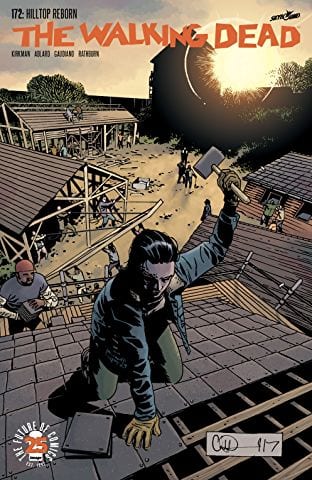 3. The Walking Dead #172– To say that things have been less than awesome within the pages of The Walking Dead would be a bit of an understatement, don’t you think? After all the tragedy and mental rebuilding, it’s now time to actually rebuild. In the wake of the Whisperer War and what followed it is now time that the Hilltop picks up their pieces and prepares to evolve. Can our group of survivors rebuild the Hilltop even better than before or is there a deeper feeling of “what’s the point”. The Walking Dead loves to push its characters to the brink and maybe they can use a little hope right now. But we all know that hope within this universe is always fleeting. 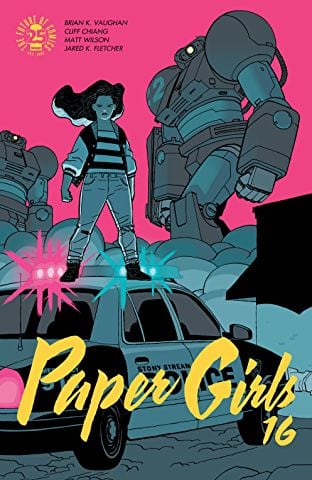 4. Paper Girls #16– I can’t believe this series is already on its sixteenth issue. This is one of the books that I have been slowly catching up on. I promise I’m not too far behind. With that being said though, if there was ever a book that pertained to the Stranger Things audience then this would be it. If you are anxiously waiting for October 27th, like I am, then maybe Paper Girls will be able to hold you over. At this stage in the game, you guys know I’m a huge fan of Brian K Vaughn and the stories he tells so I’m not even going to plug that aspect of this book. What I will say is that a character from 1988 is thrust into 2000, after leaving the prehistoric era behind, where Y2K was a very real thing. If that’s not enough to make you even slightly interested then I have failed you as one who writes about comics. 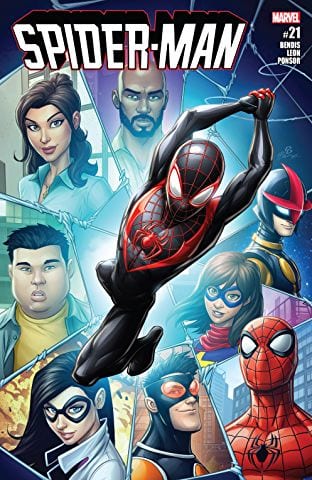 5. Spider-Man #21– I. Love. This. Comic. I love this comic because this entire cast of characters just jumps off the pages. Miles Morales is my favorite Spider-Man, something I also haven’t been shy about, but I feel that will be coming to an end soon. The seeds are being planted for Miles to move on from the Spidey mantel and perhaps find himself something where he doesn’t have to live in the shadow of a title. The slow progression has been excellent to watch and I’m really curious to see what roads this leads Miles and the rest of his gang, especially Ganke who could easily become “the guy in the chair”. On top of all that, the ending of this issue is bonkers. Like seriously. I didn’t see it coming. At all. Now I’m curious to what comes next. Super curious. 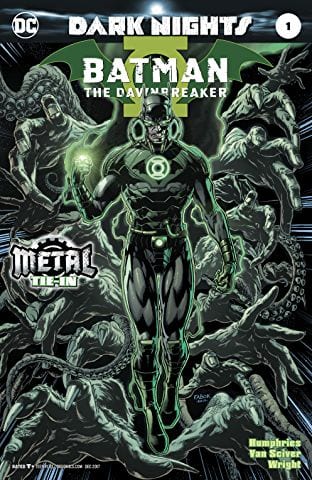 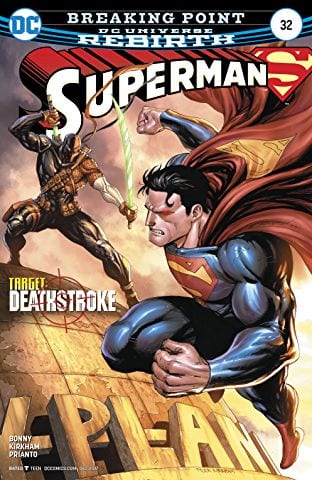 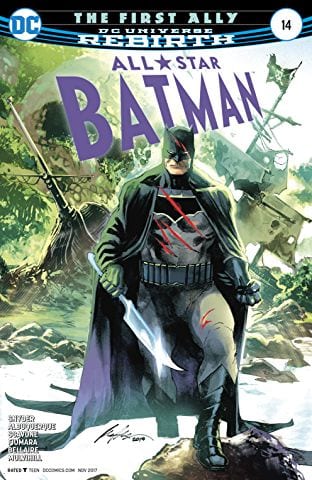 There you have it Geeklings, I told you there was a boatload of comics for you to get those grubby little hands on. I say grubby in the most complimentary way possible. I too have “grubby” hands for comics… now that just sounded weird. Anyway, if you feel that I left any books off the list, by all means, sound off in the comments below. If you’d like to talk comics further, and please do, I’m on Twitter @iamgeek32. If you’re going to New York Comic Con please have a blasty blast and maybe you’ll see me there. Be safe everyone! Happy reading everyone and many huzzahs!