Hello Geeklings my old friends. It’s time to discuss comics once again… And that’s all I got. But I did get that song stuck in your heads so I feel like I’ve accomplished something today.

Happy New Comic Book Day Geeklings! How is everyone? Is it me or has this felt like a long ass week. You know the type of week that I’m talking about. The one where you wake up on Tuesday and Friday looks like it’s years away. In situations like that you kind of just sit back, release a deep sigh, and thank the gods that Wednesday gives us new comic books. Otherwise we’d quietly go insane. Or maybe not so quietly. Depends on you really.

Speaking of the gods, if we’re thanking any of them it should probably be Odin as brand new images of Thor: Rangorak were released today, and man were they awesome. I’ve been wanting a trailer for this thing for-ev-er but I’ll take these teasers…for now. Did you check out Thor’s new look? How could you miss it, my man was missing his golden locks. Did anyone else get that gladiator vibe from it, with a dash of Braveheart type war paint? My immediate thought was Planet Hulk and Thor fighting besides Banner in the coliseum, and then I giggled. The prospect of that alone makes me want this movie like yesterday. Here’s hoping that with the release of these images that a trailer gets attached to that little picture, Guardians of the Galaxy Vol. 2.

Now that we’ve covered all the important news for the day, let’s break down some books. You can only look at those Thor pics for so long. 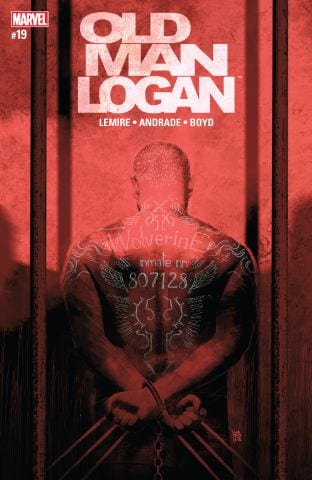 1. Old Man Logan #19– I hope all of you went out this weekend and saw Logan because it was incredible. No b.s.. I have a review ( here) that you can read to get my full thoughts on the film but the long and the short of it is, Logan was nothing short of amazing. Marvel is also hoping that you ran out to the theater to see Logan as it has a couple of Wolverine themed comics they want you to be reading this week. Starting with Old Man Logan #19 which sees Wolverine locked up and looking to escape. Not to mention the usual haunting of the past (it is a Wolverine comic after all), but look for a special appearance from Miles Morales as a possible moral compass for Logan. 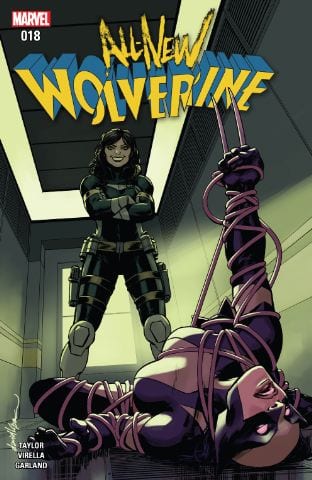 2. All-New Wolverine #18– Remember the little girl, Laura, from Logan. You know, the one who kind of stole the show a bit? Well she grows up to become the badass X-23 and here’s hoping that Logan isn’t the last we see of her adventures. In the comics though, when Logan died it was X-23 who took over the mantle of Wolverine. The world always needs a Wolverine. While issue #18 might not be the best jumping on point, as it brings close to the “Enemy of the State II” story line, you would be hard pressed to ignore this book. I know there’s a massive X-Men overhaul in the next couple of weeks, but All-New Wolverine has been one of the best X books for months. It’s worth your time for sure. 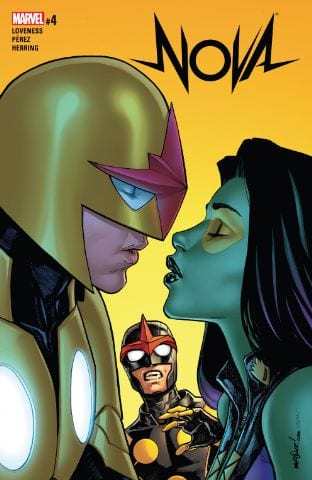 3. Nova #4– I just love the Nova comics. They’re a breath of fresh air. The relationship between Sam and Rich has been fun as it unfolds, especially since all doesn’t seem well with Rich. Obviously there’s something bigger at play here but the build up should be fantastic and enjoyable which means the payoff will hurt like a mother. This issue sees both Sam and Rich going out on dates (Ooooooooh). Sam gets a girl at school and Rich gets a date with… Gamora? Apparently they used to date once upon a time. If anyone can figure out that all isn’t what it seems it would be Gamora. I expect goofy date hijinks to ensue. 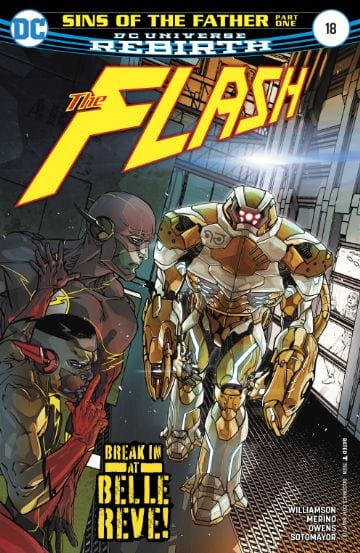 4. The Flash #18– Ever since Wally West became the new Kid Flash the tease of his father’s past has loomed heavily over the character. Well, with the Rogues story line wrapping last issue, it appears that it’s time to shed some light on that subject. We already know that Wally’s father is Reverse-Flash but what does that mean for Wally? Will he be doomed to repeat his father’s mistakes? Was his father maybe not as bad as he thinks? Look for this story line to provide some of those answers as The Flash takes a bit of a detour before it gets ready to tackle “The Button” in April. 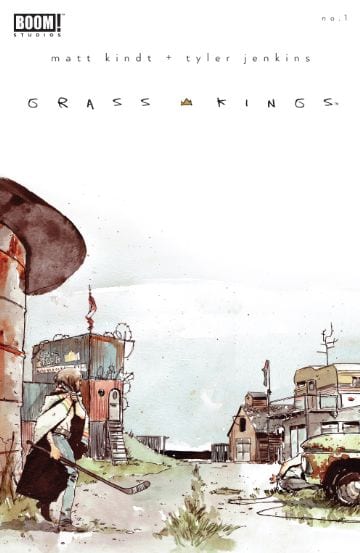 5. Grass Kings #1– I wish I could come at you all cool right here and say, “this books has been on my radar for awhile and I’ve been waiting for this moment”, but that would be a lie. As I was looking through the books released today this cover drew my eye (look at it, it’s gorgeous) and from there I did a little research. I’m still not entirely sure what the story is here. I think it involves a trailer park, three brothers, a bigger mystery, and the write up says if you like Justified or The Fade Out then you’ll like this. That’s enough for me. Plus, I can’t stop staring at that cover. 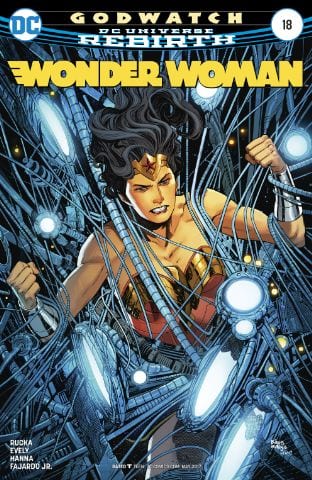 There you have it Geeklings. Lots of books for you to thumb through this week. There were a number of Superman ones too but for some reason I left them off. Well, I guess I didn’t really leave them off as I just mentioned them here. I digress. What’s everyone else reading? Feel free to share your books in the comments below or if you’d like to talk comics or anything geeky you can find me on Twitter @iamgeek32. In the mean time, happy reading friends.

Images from Marvel, DC, and BOOM