Geeklings, a very Happy New Comic Book Day to you all! As a matter of fact, this will be the last New Comic Book Day of the year. Take a moment to let that soak in, just a moment though because we’ve got our very first New Comic Book Day of 2018 next Wednesday. What a glorious time we live in. I hope everyone had a most fantastic holiday filled with cheer, merriment, and comic book goodness. We got one more holiday weekend to celebrate before we start to settle back into normalcy, and what better way to ring in the new year than with a stack of fresh comic books to dance across your eyeholes.

2017 is going out with a bang and there are so many stellar books to be reading. Let’s break these bad boys down so you can get to reading. 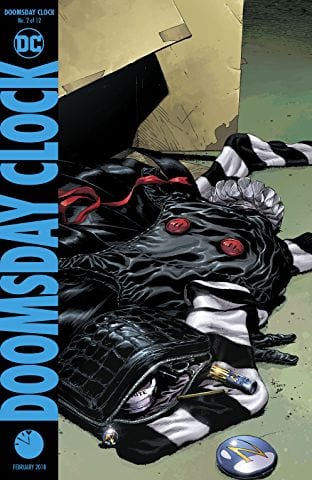 1. Doomsday Clock #2– Man, this is a read Geeklings. I read this bad boy around 6:30 in the morning, my comic reading dedication runs deep, and already can’t wait to give it a second go around. Geoff Johns and Gary Frank are both capturing the essence of The Watchmen while expanding it in effortless, natural ways. The inclusion of the Mime and Marionnette, two of my favorite new characters in any book, have added a new depth to the story as it roots The Watchmen universe in characters outside of our core “heroes”. For those who are anxious to see characters from The Watchmen and DC come face to face then this is the book for you. There is a ton to be expanded upon but there are some legit iconic and shocking moments on these pages as this crossover starts to actually crossover. That last page especially. I mean, sweet baby Jesus that last page. This is a must-read. 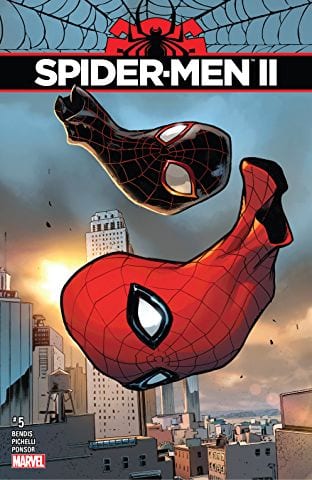 2. Spider-Men II– I know that this book has taken some flack on some other sites but Bendis’s writing and character work is on point here and there’s just something about watching Peter and Miles interact that just warms my heart. Spider-Men II has kind of put the action on the back burner to do a deep character dive into Peter Parker, the 616 Miles Morales, and Ultimate Universe Miles Morales and the results have been breathtaking and layered with feels. If you’ve been reading Miles Morales’s Spider-Man then you know that Miles has been wrestling with the idea of giving up the Spider-Man mantle, something that is continued and maybe resolved within these pages. We get a better understanding of what it’s like to be Spider-Man, it’s not all roses, and we get resolution to the 616 Miles’s attempt to find another version of his dead wife. Aaaaaaand that’s where we get this mega moment. I’m not going to spoil but with only a handful of Bendis books left it certainly seems that he is leaving the ultimate parting gift for his Marvel readers. This Spider-Men II finale is a solid, character-driven read that seems to have heavy ramifications for the Marvel Universe moving forward, and I can’t wait. 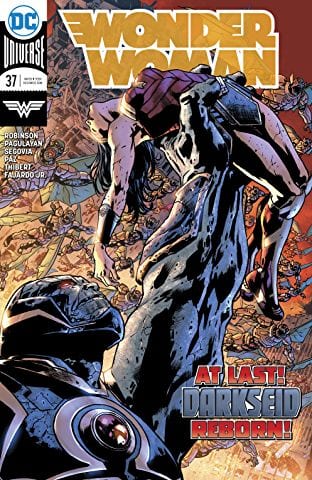 3. Wonder Woman #37– Well it’s official, Darkseid has returned and that spells bad news for Wonder Woman and the DC Universe as a whole. We’ve watched Darkseid fight/mature as an infant to reclaim his full strength and by the end of this issue there is little doubt that Darkseid is back. Like back back. What’s the cost you may ask? I know but I’m not telling you. I will tell you this though, not everyone makes it out of this issue alive. Come witness the power of everyone’s favorite DC villain. 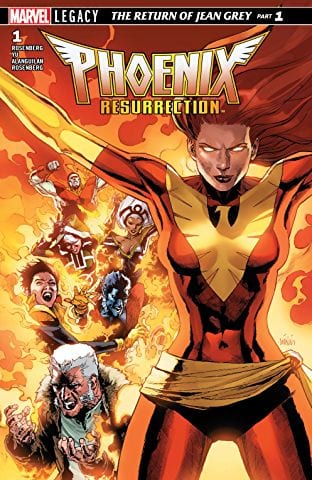 4. Phoenix Resurrection #1- Darkseid is not the only character returning to comics this week as Marvel brings about the long-awaited return of Jean Grey with Phoenix Resurrection #1. I have not been shy about stating that Jean Grey is my favorite X-Men and I have missed her gracing the pages of Marvel comics ever since we said goodbye to her during Grant Morrison’s run. What does Jean’s return mean for the X-Men and the Marvel Universe as a whole? What does it mean for the young Jean Grey who was brought to the present timeline way back in All New X-Men? And is it possible that Jean isn’t the only character returning? Whaaaaaaaat?! Guess you’ll have to read to find out. 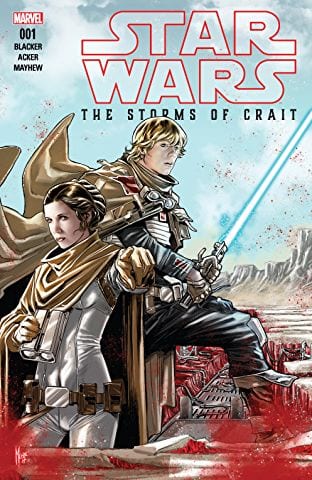 5. Star Wars: The Storms of Crait #1– One of my favorite things about The Last Jedi, and there were a ton of favorite things, was the salt planet Crait. The visuals were awesome, the battle was epic, and the moments were long-lasting. There was one thing I wanted to know though, when did the Rebels establish a base there and what happened? Why did they abandon it? Well, Marvel heard that question and is answering it in the form of a comic. If you’re curious to the importance of Crait or if you just have a passion for salt planets then this is the book for you. 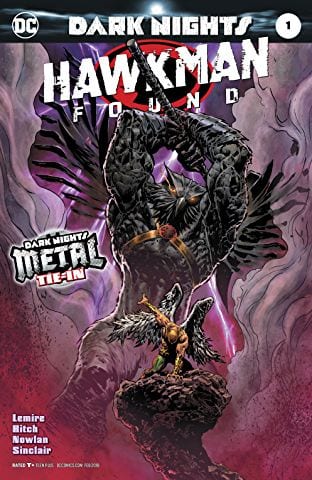 There you have it Geeklings, all the books to be reading as the clock strikes midnight and even some to be reading after. It’s been one hell of a year for comics and I’ve had a blast covering them with you week after week. 2018 looks to bring in even more exciting books and storylines and you better believe I’ll be here every Wednesday breaking them down for you. Wouldn’t miss it for the world. I suppose I’ve said enough and now it’s your turn. The comments are yours. Let me know what you’re reading this week, especially if I left anything out, or what books you’re most excited for in 2018. If you’d like to talk more comics with me you can find me on Twitter @iamgeek32 and I always reply to posts or questions. Have a very happy and safe New Years Geeklings, happy reading, and many huzzahs!