Geeklings, what is going on?! Welcome to a brand new edition of The Pull List, I am your host, Kevin and I am here to help you make smart choices when spending your hard earned adult dollars on comic books. I like to think of myself as a Yoda type figure helping to guide you to become comic jedi… Wow I really liked that. I mean, for starters I referred to myself as Yoda which has been a childhood dream for ever, and the term comic jedi just sounds pretty badass. Yeah, I liked that analogy. High fives for self congratulations!

All that aside there are comic books that you should be paying attention to this week, thank god, otherwise this would be a very different column. What do you say you aspiring comic jedi? Ready to break down some comics? Of course you are. Read them you will. Yes, yesssssssss (you all read that in a Yoda voice which means I have totally won the day! Huzzah! Okay, okay, comics. Sorry). 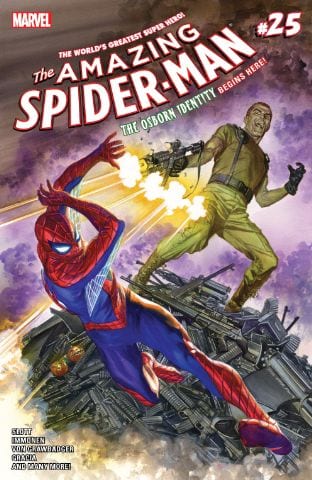 1. Amazing Spider-Man #25– The “Clone Conspiracy” isn’t even a distant memory, how could it be when every Amazing Spider-Man book released seems to be some sort of an epilogue to it, and we’re already starting our next big Spider-Man event. Yay? I have voiced my opinion of Dan Slott’s Spider-Man run a number of times, so I’m not going to re-hash that love/hate relationship, but I will say that I think it might be time to settle Peter Parker down a little bit. I’m starting to lose touch with the Spider-Man of my childhood and I think that has a large part to do with the way he’s been handled over the last couple of years. For my Spider-Man feels, I turn mostly to Miles Morales now and I’m happy with that, but I miss that Parker charm. Here’s hoping that bringing someone in like Norman Osborne can start to ground and return this book to its roots. I thought the price tag for this issue was a bit hefty ($9.99!) but maybe this story will start a path which will return Peter Parker back to form. If not, then it might be time for me to consider moving on from this title until there’s a writing change. You have no idea how much that pains me to say. 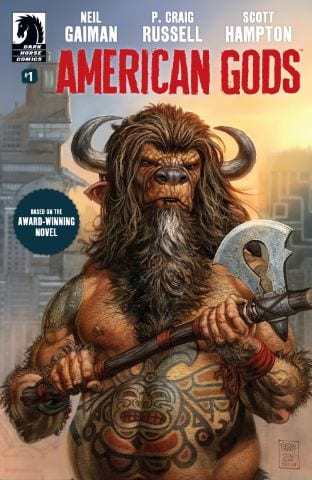 2. American Gods #1– Today is a really good day if you’re an American Gods fan. For starters there was a new trailer released which looks allllllllllll types of awesome. Seriously can’t wait for this. Bryan Fuller does amazing things when it comes to television, just look at Hannibal (#onemoreseasonplease). On top of all that the novel will see it’s first comic book adaptation penned by none other then Neil Gaiman. How cool is that?! If you’re looking to prep for the release of the American Gods television show and want a new forum for the story then maybe, just maybe, checking out this new series is what you need. 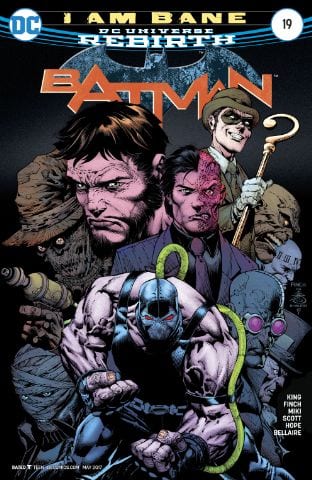 3. Batman #19– Ohhhhhhh, Bane is in full “I hate everything Batman related” mode, and to tell you the truth, it seems to be working for him. At this point in “I Am Bane” Batman is not looking good and the inclusion of Two Face is sure to muck things up. This series, much like “I Am Suicide” (does Tom King only do story arcs that start with “I Am…”?) has had some ups and downs but it has been compelling to see Bane back in the forefront like this. Two Face just finished some face time (pun intended) in All Star Batman so his presence should still be pretty fresh on most readers minds. I hear the end game here is going to be a super epic battle for Gotham which means this issue will continue to put the pieces in place for the Bats and Bane battle for the soul of the city. Did that sound dramatic enough? I was going for dramatic there. 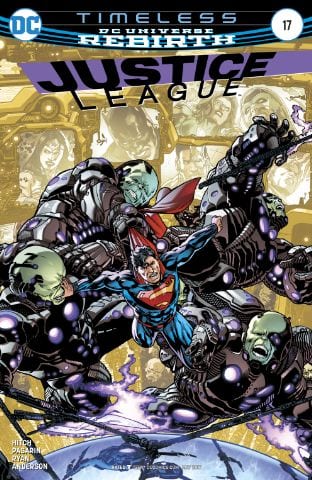 4. Justice League #17– Geeklings, this one is a real simple sell. We’ve got the Justice League going through time. That alone should be enough get you to perk your head in curiosity. Who doesn’t love time travel? Savages. Savages don’t like time travel. On top of that, this issue has such a tremendous premise. Superman, #notmyfavoritehero, has to make an impossible choice. He can either save his friends orrrrrrrrrr save Krypton from exploding. Whaaaaaaat?! I love this idea. I’d actually prefer a whole event based on this premise. Think “Flashpoint” but with Superman changing the fate of Krypton. Sounds dope as hell, don’t it? Just think of the ramifications. I’m sure they’re some what similar to your reaction when your favorite comic book column writer dropped the term “dope as hell” seemingly out of no where. 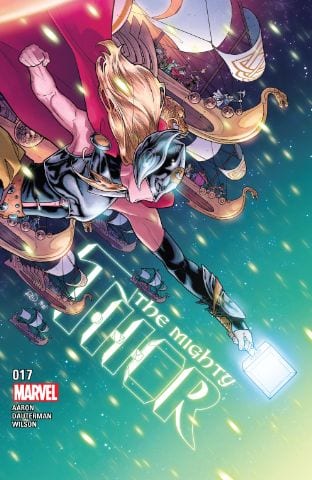 5. The Mighty Thor #17– If you don’t know it by now then you’ve been missing out because Jason Aaron can write a hell of a Thor comic. This has been one of Marvel’s best books for a long time now, and Aaron doesn’t seem to be showing any signs of stopping. This current arc sees the Sh’iar and Asgard going to war. What else do you need to read this? Thor will be there and she’s wielding a hammer. Also, outer space. Sold yet? 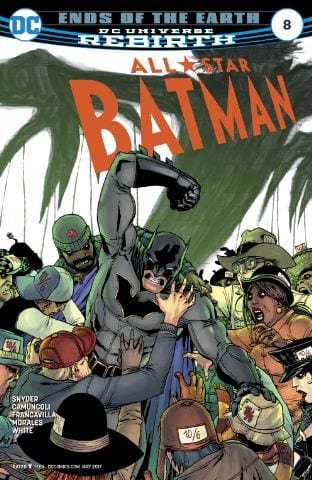 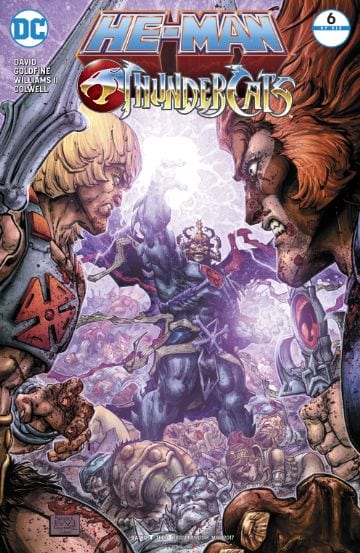 There you have it Geeklings, that’s a whole bunch of comics for your eyeholes. Did I leave anything out? I’m sure I did and that’s why I’m turning to you to mention comics in the comments below. As always you can find me on Twitter @iamgeek32 if you want to talk about pretty much anything. Until next week my friends, happy reading and many huzzahs!