Geeklings, a very happy New Comic Book Day to you all and welcome back to The Pull List your favorite place to find all types of comic book goodness. This is actually a pretty exciting column for me today, besides the fact that I get to write about comics, because it is my 200th column here at Fan Fest News. Two hundred! I can’t believe it. The last year has been an absolute blast and I hope you guys have enjoyed reading as much as I’ve enjoyed writing for you. But I’m not going to make this post all about me as it is New Comic Day after all and there are comic books to be discussed. Wonderful, beautiful, captivating comics… but seriously 200 posts!

Okay, okay, I’m done. I swear. Let’s talk about this weeks books before I throw up some more dancing space bears gifs. 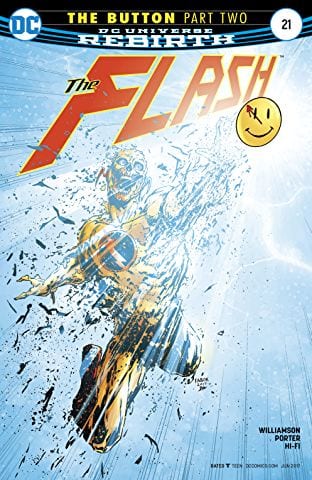 1. The Flash #21– Part two of “The Button”, the Batman/Flash crossover, continues this week and I fully expect there to be some answers coming our way. Last week saw the return of the Reverse Flash, a character who has a been a bit dead since Flashpoint, only to steal the button, try and find it’s owner, and return all types of burnt up. Almost as if he ran in to Dr. Manhattan. Four issues is not a lot for so many questions and part one was a lot of Batman and Reverse Flash fighting which means these next three issues could really carry some weight. Just what does the Comedian’s button mean for the DC Universe and at what point (if at all) are we going to see Dr. Manhattan? Here’s hoping that Flash #21 sheds some light. 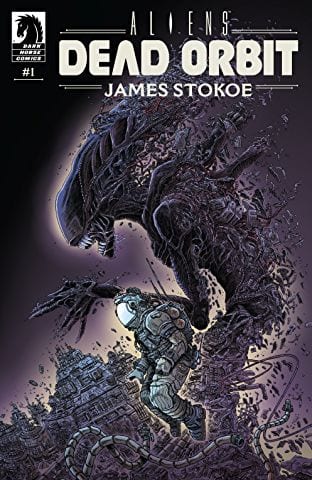 2. Alien: Dead Orbit #1– Did you guys know that today was Alien Day? I’m a huge Alien fan, my cat is named after Bill Paxton’s character from Aliens (Hudson the Cat), and I had no idea that this was an actual day until last week. Is this an every year thing cause if so why am I just hearing about this? Any way, on Alien Day we have a brand new Alien comic that has been getting tons of positive buzz. I first read a review on this book a month or so ago and I’ve been itching for it to facehug my eyes since. Essentially a space station, an astronaut, and a xenomorph all come colliding together for that claustrophobic  feel that made the original so damn frightening. The art looks terrific and the story seems terrifying, what more could you want here? 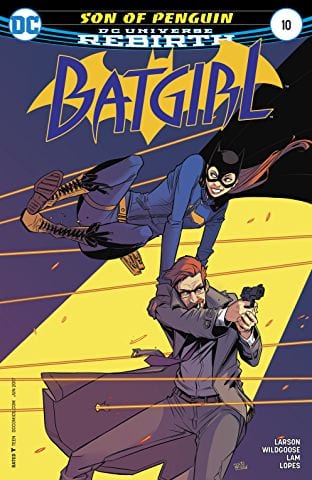 3. Batgirl #10– With Joss Whedon being attached to a Batgirl movie one would think that this would be a good time to start reading Batgirl comics. I’ve got a feeling she’s going to blow up real soon. As for this issue, the “Son of Penguin” story line continues as Barbara tries to push the Penguin’s son to the good side. Sounds easy enough, right? Plus this cover is one of my favorites of the week. 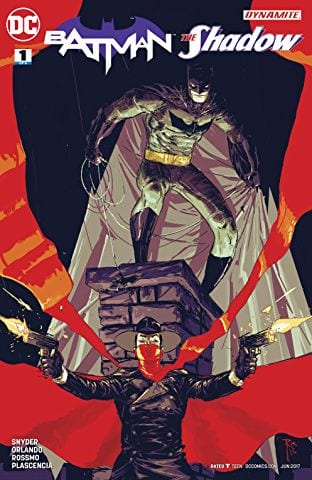 4. Batman/The Shadow #1– Is it me or does it seem that Batman is just mashing up with everyone lately? TMNT, Green Hornet, Power Rangers, others I can’t think of, and now the Shadow. Ask me what I know about the Shadow? Go ahead…(I assume this is where you ask)… nothing besides the fact that it was a pretty crappy movie with Alec Baldwin. I suspect this book will have some pretty heavy noir feels and that could be a lot of fun. If the cover art is any indication then it should look spectacular if nothing else. 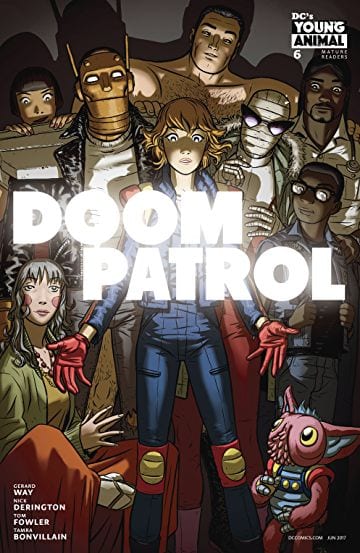 5. Doom Patrol #6– This book is weird, vibrant, crazy, written by a rock star, and is all types of fun. You should be reading it. For reals. Read it. I find it to be quite refreshing. Issue six wraps up the first story arc of the series. No better time than now to jump on. 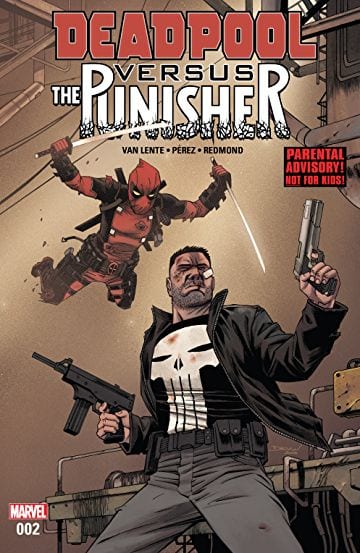 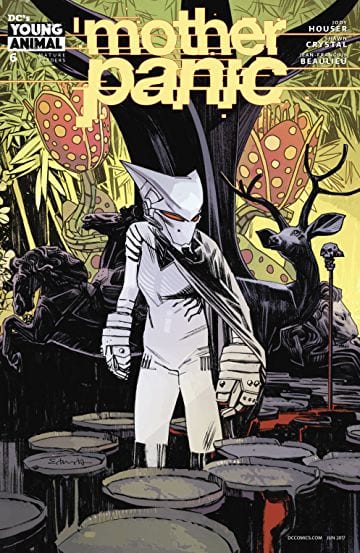 There you have it Geeklings, all the books to get your mitts on from the humble opinion of yours truly. Not a lot of Marvel which I’m sure might surprise a lot of you who frequent this column. I am a bit of a Marvel homer but I do try to be fair. Although I will say it’s interesting that a week after Secret Empire there was surprisingly little to be found in the tie in department this week. As always if you think I’ve left some books off the list than the comments belong to you or you can find me on Twitter @iamgeek32 if you care to further dive into comic book goodness. I’ll respond to any questions or comments. Before I leave, thanks to all of you who have read any (or all) of my 200 posts here at Fan Fest. It’s been an absolute blast and I’m looking forward to the next 200. Happy reading everyone and many huzzahs!