Geeklings, the last 24 hours have been a whirlwind of super hero awesomeness. Last night when I got home from work I busted out the ole DVR so I could watch The Flash, and holy crap was that amazing! I mean, what the whaaaaaat?!?! One of the shows best episodes and leaves me wondering just what the hell is going to happen in this finale. There’s nothing like good storytelling to get the blood pumping heading into New Comic Book Day, which I celebrated first thing this morning. I’m talking six o’clock in the a.m. baaaaaaaaaaby! I got out of bed, grabbed my Fancy Comic Book Reader, and busted open my first comic of the day. I’ll tell you something Geeklings, there is nothing better than starting your day off with some excellent comic reading.

There were two books in particular I was looking forward to this week (spots one and two) and couldn’t get my sleep filled eyes on them quick enough. I know last weeks column was a bit DC heavy and it just so happens that this weeks column is a bit Marvel heavy. Oh, the give and take of the comic book universe. But enough teasing, what do you say we break down some books? 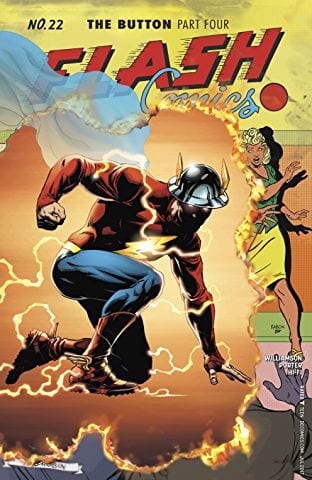 1. The Flash #22– Let’s look past the awesomeness of this cover, it is super awesome, and focus on the part where this is the conclusion of “The Button” Batman/Flash crossover. This was actually the book I started reading at six in the morning because I needed those answers, especially after last nights Flash episode, and the promise of November’s “Doomsday Clock”. So, what happens? I’m not going to tell you because where’s the fun in that? What I will say is that the closing chapter in “The Button” raises a lot more questions than it answers. There are two tremendous splash pages, and the last few pages will make any comic book fan have to pick their jaw up off the floor. While I enjoyed “The Button” and thought it brought about some amazing character moments (Bruce and Thomas Wayne, say what?) I really don’t think it did much in the way of explaining Dr. Manhattan, his motives, and where that button actually came from. It does bring this story back into light, after since Rebirth #1, and definitely brought about some great emotional character moments and is worth your time. I just want more because I’m greedy. 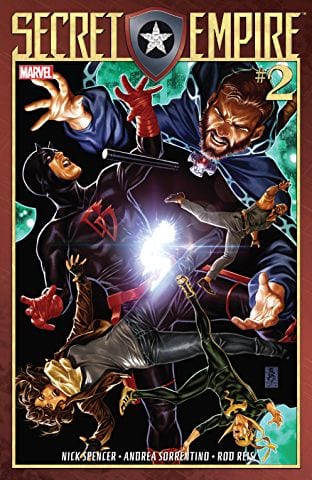 2. Secret Empire #2– This was the second comic of the morning, and I will say this Geeklings, Nick Spencer is providing the best summer movie block buster of the year with Secret Empire. Holy. Crap. Is. This. Book. Incredible. I know that there has been a lot of flack for turning Captain America into a Hydra agent but stay with it folks because this story is compelling, important, and holds a ton of gravity. Secret Empire is everything that Civil War II was not. This issue picks up off the events of issue #1 and FCB (you know, when Cap picked up Thor’s hammer) and immediately the tension carries you like a wave to the stunning ending (get ready to say “I’m sorry what now”… you’ll see). Not to mention Andrea Sorrentino’s art is freakin’ breath taking. The splash pages or the imagery or color choices… this book is gorgeous. You may have a bit of a event fatigue but you need to get over it, this book is that damn good. 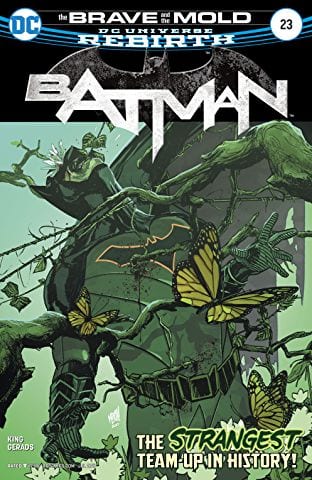 3. Batman #23- With Batman spending most of his time with Barry Allen lately it might be easy to forget that Bane just tore through Gotham leaving a mess of everything. That dude has some serious anger issues. Issue #23 looks to pick up with what happens next for Batman after his emotional and physically draining battle with Bane. You’ll also find an unlikely team up with Swamp Thing in these pages, and I kind of dig it. It does make me a little nostalgic for Scott Snyder though, who masterfully wrote both of these characters, and that in no way is me down playing Tom King. King is one of my favorite comic writers (did you read The Vision? If not I’ll wait…) and has been telling some solid Batman stories. Look for this issue to kind of tread water until we get to our next story arc, “The War of Jokes and Riddles”, which looks to take on the battle between the Joker and Riddler after zero year. Yes please. 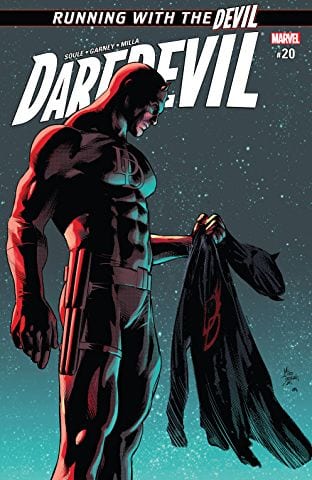 4. Daredevil #20– There was a time when the world knew the identity of Daredevil and then suddenly… they didn’t. Just like that. As if it had never happened. Since Charles Soule took over for Mark Waid the question of how Matt Murdock got his secret identity back has weighed heavily on the book. Well wonder no more Geeklings, issue #20 looks to give the definitive answer of how Matt was able to claim his secret identity back and how he’s living with the ramifications. He also looks to be switching out of that bitchin’ black suit for the more traditional red which I guess is cool too. Long time Daredevil readers this is what you’ve been waiting for. 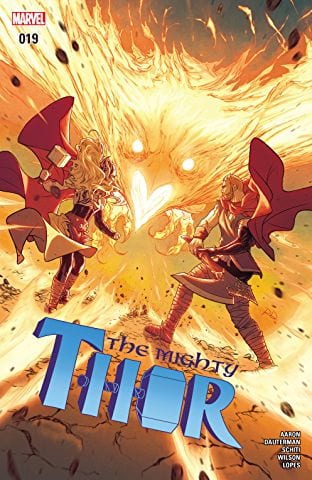 5. The Mighty Thor #19- With all the talks lately about buttons and secret empires it’s not hard to imagine that something as small as a war between the Shi’ar and Asgard would fall through the cracks. Lucky for you I’m here to let you know that this has been going down for awhile now, and is reaching it’s conclusion with issue #19. You need to get on this Geeklings. We all know that Jason Aaron writes kick ass Thor stories (#facts) which should be the only selling point you need. Buuuuuut if you wanted a couple of more reasons then I’d say the Phoinex Force is about to be unleashed and the Odinson is returning to Asgard. I think I can hear you running to your comic book shops now. You’re welcome! 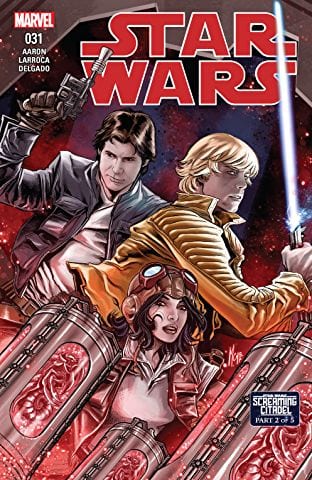 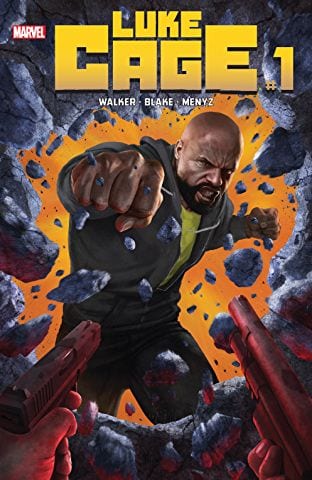 There you have it Geeklings. These are the books of the week and they all bring a different level of awesomeness. Go. Run. Find them. Read them. Then come back here and talk about them in the comments or you can find me on Twitter @iamgeek32. Don’t be shy, I love talking comics or anything geeky for that matter. Happy reading everyone and many huzzahs! See you next week!