Geeklings, greetings from a very snowy, very rainy, very messy East Coast. My friends, it is gross over in my neck of the woods. It’s the type of weather where you sit inside, turn on the Netflix so you can binge season two of Jessica Jones (out tomorrow), or you read some comic books. Which works out perfectly considering that today is New Comic Book Day. Isn’t it great when the weather accommodates your need to read comics?

I’ll be honest with you guys, brace yourselves for a confession, I’ve been a little busy, and binge reading Jonathan Hickman’s Infinity,  and haven’t had a lot of time to catch up on my pull list. I knoooooow, I’m the worst but I’ve read a few here and there when I get the time but I’m still pretty behind. Here’s hoping this crappy weather mix allows me to catch up a little bit because there are some awesome books waiting to be read.

How awesome? Well, allow me… 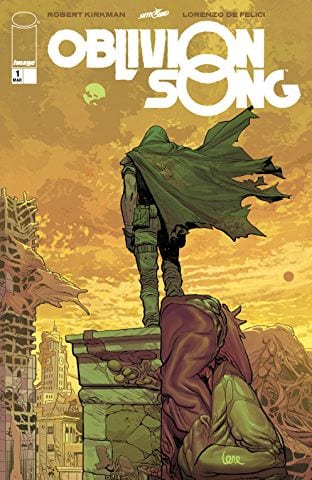 1. Oblivion Song #1– A couple of weeks ago Robert Kirkman wrapped up his superhero epic, Invincible which meant there would be one less Robert Kirkman book on the shelves. Until today that is. Oblivion Song is a brand new series from the creator of The Walking Dead and it sounds like ten pounds of awesome in a five-pound bag. Outside of Outcast, I haven’t gotten in on a Kirkman series from the ground floor up and I’m looking to change that with this series. With Oblivion Song the city of Philidelphia has been lost to oblivion, that’s what you heathens get for your Super Bowl celebration… sorry, sorry #bittergiantsfan. That’s 300,000 people lost to this abyss. This story will have our main character make daring rescues for the people the world has left for dead. Plus monsters. Yes, please. 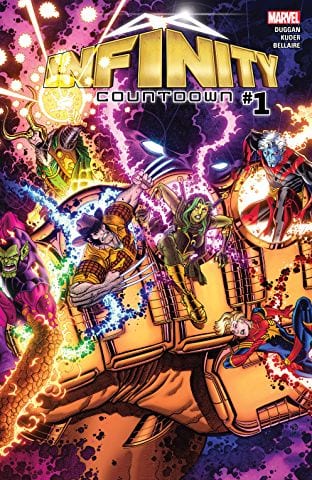 2. Infinity Countdown #1– I. Loved. This. Comic. This is one of the few comics I had the chance to read today and it did not disappoint. Granted, it felt more like a continuation to Gerry Duggan’s Guardians of the Galaxy run, not in a bad way, and just highlighted how much I’ve missed these characters. The board is set as we now know where all the Infinity Stones are and who is in possession of them, but this book doesn’t focus largely on that. A number of loose threads from the Guardians run are tied up here as the ending looks to springboard us into the largeness of the event. There are at least two moments that had me geeking out pretty hard, one a much-welcomed surprise, and with the inclusion of Ultron/Hank Pym as one of the major villains I’m all in on this series. Curious to see where this goes and the effects it’ll have on the Marvel Universe going into the new relaunch. 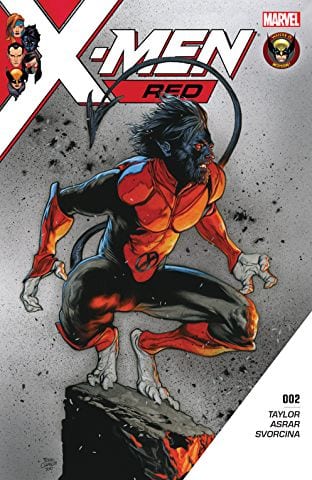 3. X-Men Red #2- I haven’t read an X-Men book since Bendis left the series but the return of Jean Grey and Tom Taylor on the pen were too hard to resist, and I’m so glad I did. This is the best X-Men book I have read in a long, long time. It captures everything that makes the X-Men great… that hope of unity and acceptance. On top of that, it reminded me a good deal of Grant Morrison’s New X-Men run which is one of my all-time favorites. Outside of Namor, how does anyone in the Marvel Universe trust this guy (?!), the team is pretty stellar including Wolverine, Honeybadger, Nightcrawler, and Jean Grey. Really excited where Tom Taylor takes this series. 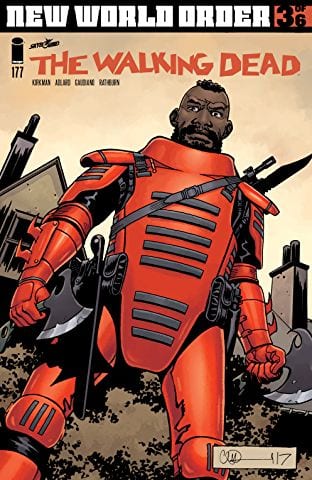 4. The Walking Dead #177– For those of you miffed with the show, Carl lives within these pages! That and “New World Order” continues. 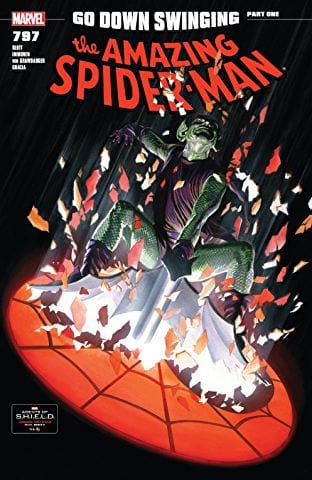 5. Amazing Spider-Man #797- This is it, the beginning of the end of Dan Slott’s Spider-Man run, and while I’m happy to get some fresh blood into the series (hi Nick Spencer!), I am curious to see how Slott is going to wrap this thing up. It’s fitting that his final story will involve the Norman Osborn, now fused with the Carnage symbiote, as Normie has always been the largest of all of Spidey’s villains. I do wonder if Slott will erase “One More Day” or leave us in a place where we can at least try to finally move on from it. Or will more tragedy come to Peter Parker?All I know is that these last three issues should be a hell of a ride. 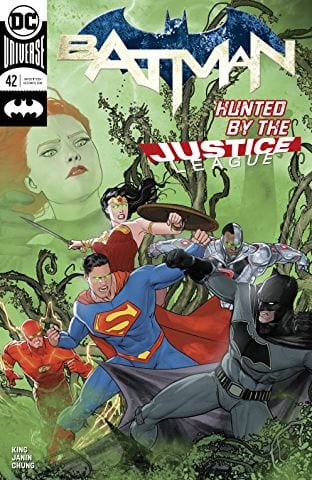 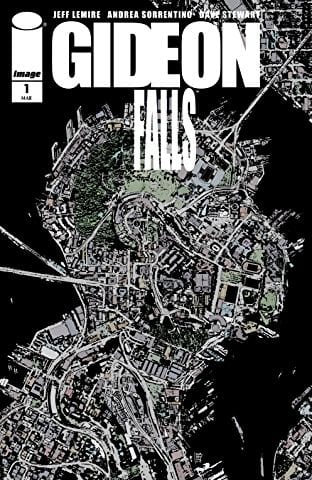 There you have it Geeklings, all the best books to get your mitts on for the week. What’s everyone most excited about reading? As always, if you feel like I’ve left anything off the list feel free to tell me in the comments below. If you’d like to talk more comics with me then you can find me on Twitter @iamgeek32. In the meantime, stay off the roads, have some fun town snacks, and read some comics. Happy reading and many huzzahs!