Geeklings, what is going on?! A very Happy New Comic Book Day to you all and I hope that it finds you well. I myself am rocking a wee bit of a sunburn from yesterday’s Fourth of July exploits, which mostly consisted of me in a pool (you’re welcome for the visual), and eating enough hamburgers and hot dogs to last me the rest of the week. Needless to say, I’m ready to kick back and relax a little and what better way to do that than reading some brand new comic books?

I really can’t think of a better way actually. Unless it’s tomorrow and I can read comic books and go see Spider-Man: Homecoming. Are any of you as hyped for this as I am? At age thirty-five, I have patiently waited for that Spider-Man movie to live up to my childhood/adult imagination, and I’ve yet to find it. Sorry gang, but the previous five don’t cut it for me. I get that Spider-Man 2 is a classic but there is something about the Sam Raimi trilogy that I can’t get into. As for the Amazing Spider-Man movies… they handled the whole Gwen Stacy thing really well. I really need Homecoming to be the Spider-Man movie I’ve been waiting for, but that’s for another time. Today is for comic books so let’s break these suckers down. 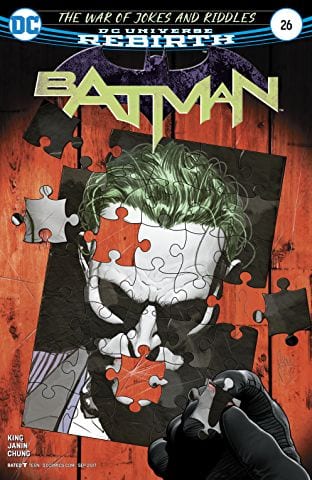 1. Batman #26- Tom King has really been doing a stellar job of writing Batman comics. He not only captures the pressure and heartbreak that comes with being Batman but also the feel of Gotham. And while I was skeptical about him telling a flashback story, especially after Bats popped the question to Catwoman, the first part of the “War of Jokes and Riddles” was a terrific read that highlights the importance of two of Batman’s best villains. Not only that but the first part did take place a little in the present which sat well with me. Part two looks to take off with the Joker and Riddler going to war, shooting someone in the stomach and leaving them for dead will do that, as Batman prepares himself to protect Gotham from these monsters. Things are just getting started here but if I know Tom King I expect the narrative to be tight while feeling the weight of its importance. 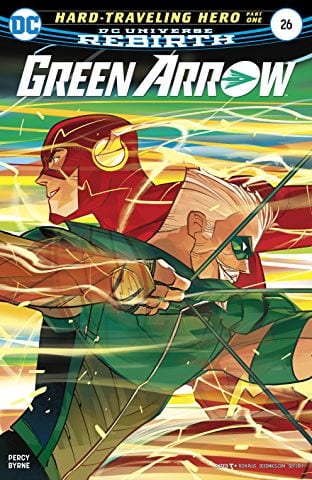 2. Green Arrow #26- If you find yourself missing The Flash and Arrow, you’re not alone, then the latest issue of Green Arrow has got something to help put those blues on the shelf. A good ole fashioned team up between the Flash and Green Arrow. It’s okay, you can totally fist pump out of joy. The issues looks to follow Oliver as he pursues the 9th Circle from city to city trying to prevent another Seattle. In order to do that Ollie must mend some fences first and it looks like Barry Allen is on the top of the apology list. Green Arrow has been on point since Rebirth and throwing in the Flash for a little adventure is enough to make me excited about year two of this book. 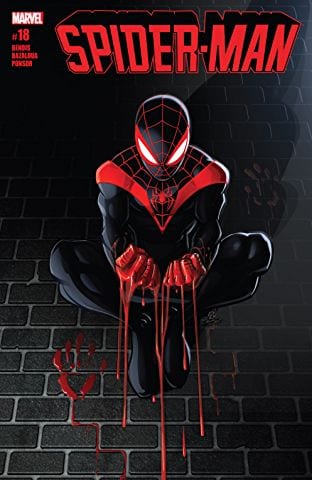 3. Spider-Man #18- Mile Morales has been my favorite comic book Spider-Man for quite some time now, sorry, just not a big fan of Dan Slott’s run, and his inclusion into the main Marvel Universe has been pretty solid. Don’t get me wrong I’ve still got a ton of questions, like how is his mother alive now and does he recall her dying, but for the most part, I’ve been pleased with the transition. As of late Miles has been tapping into some darker territory and losing control of his temper. There was that entire bar full of hoodlums that he pummeled and now taking on Hammerhead one on one. The thing is, while Miles may be super strong and hormonal he lacks that killer instinct and it appears that something Hammerhead has got tons of. I’ll be curious to see if Miles will fall further into the darkness or will he be able to ground himself. 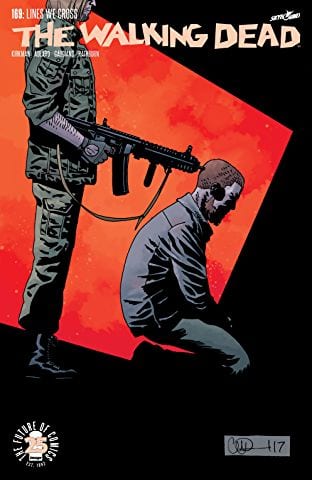 4. The Walking Dead #169- Let’s just call a spade a spade, things have sucked pretty hard for Rick Grimes lately. I don’t expect that to stop anytime soon. It’s the Walking Dead, after all, it’s not like we expect Rick to have a happy ending. Look for things to continue to be a bit bleak as Rick searches for new meaning. 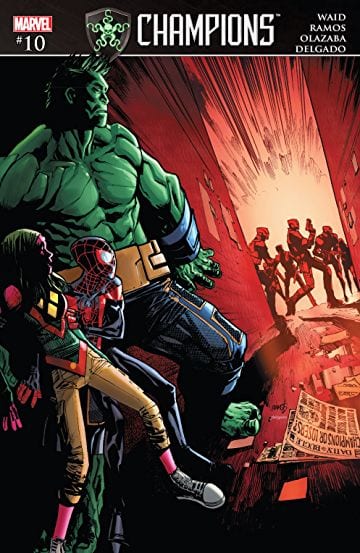 5. Champions #10– I’ve been patiently waiting for a Champions tie-in to Secret Empire especially with how intriguing their story with Black Widow has been. Also that issue of Secret Empire: Uprising was an added bonus of seeing the type of training that Widow is putting on these kids. I think some of them might be second guessing their time in the Red Room. I’m not sure if Champions #10 will pick up where Uprising left off, with Hulk deep undercover in a Hydra singing school (yes, seriously), but I’m anxious to get another level of this story as it’s been one of my favorite parts of Secret Empire. 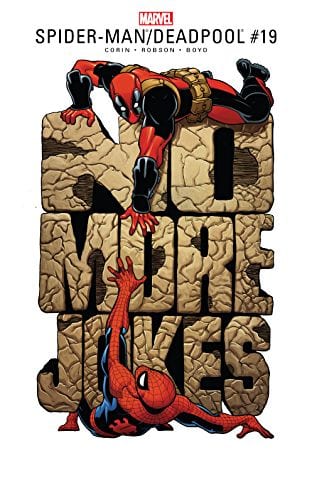 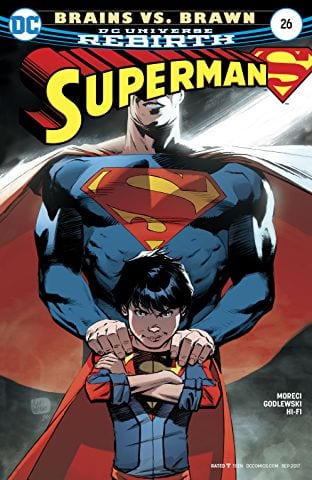 There you have it Geeklings. All the books you need to be wrapping around your geeky little eyes. As always if you feel I’ve left anything off sound off in the comments below or you can find me on Twitter @iamgeek32. In the mean enjoy Homecoming, happy reading, and many huzzahs!