Geeklings, whaaaaaaaaaat is going on?! For a minute I thought about doing one of those Budweiser “wazzup” commercial type things but then I remembered it would really date me on top of being super lame. When I think of the “wazzup” spot I think of Michael Scott doing it in The Office and Jim reacting how I imagined you guys would. With bored disdain. What does this have to do with the newest Pull List column you might ask? Nothing. Just a tangent created to make you chuckle or shake your head or in the case of two of you (you know who you are) a combination of the both.

Now that that whole matter has been addressed, Happy New Comic Book Day Geeklings! I was woken up around four o’clock in the morning because Hudson the Cat required food, and before I fell back asleep I checked my email and learned that my books were ready for download, which is the happiest moment of new comic book day for me. That and reading of course. Needless to say I downloaded my books before falling back asleep so I’ve been all types of prepared for this New Comic Book Day. A New Comic Book Day which I hope finds you well, I’m not sure if the arrival of new comic books could put any one in lesser spirits, but if you find yourself having a particular “meh” day, well, I’m glad you stopped on in. The fact that any of you choose to spend some of your time here with me makes my geeky little heart neigh with unicorn glitter like delight. No, I’m not entirely sure what that means either but it felt kind of cool… maybe? What I’m trying to say is it makes me happy to share this space with you guys and if it brings just a tinge of happiness towards your day then mission accomplished.

Ugh, I knoooooooow you didn’t come here for a mush fest and I don’t mean to give you one. Let’s shake off those feels and get down to business. There are comics to be pimped and read, and I’m here to tell you what those books are. Let’s do this. 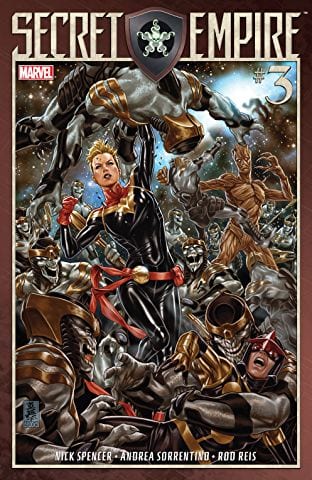 1. Secret Empire #3– Not going to lie, this is the book I was looking the most forward to this week. If you haven’t picked up on it by now I might have a bit of love affair going on with Nick Spencer’s Secret Empire event. Maybe it’s because Civil War II was so bad or maybe it’s taking the idea of our greatest hero and turning him heel or maybe it’s a combo, but this event has been everything I wanted it to be. Without a doubt it has given me the boost to move past my event fatigue. Issue three picks up right where two left off (S P O I L E R ) with a new Steve Rogers trying to find his way home (whaaaaaat?!) Who is this new Steve Rogers? Well some suspect he’s the original 616 Cap making our current Hydra Cap the one from the now “sort of destroyed but maybe still exists” Ultimate Universe (?!?!?!?). But there’s more here, the amazing art provided by Andreas Sorrentino adds that big blockbuster feel to this story as issue loads the deck even further (look for some more characters to come out of the woodwork and not all of them are good) as this new Hydra filled world becomes scarier and scarier. I think that’s part of what makes this series work, how relevant it seems. Be sure to look out for Rocket Raccoon and his tremendous break down of the events on earth. Secret Empire continues to excel making it the summer comic event you deserve. 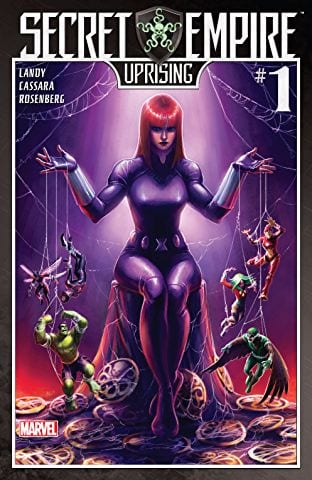 2. Secret Empire: Uprising #1– I’m not going to lie, this issue totally snuck up on me. I wasn’t sure of it’s release date and then BOOM here it is. One of my favorite aspects of Secret Empire thus far has been the inclusion of the younger generation of heroes. This younger crop of heroes, Miles Morales, Nova, Viv, Wasp, Iron Heart, are some of my favorite Marvel characters/stories currently and watching them grow up between Civil War II and now has been some truly excellent character work on Marvels part. I find their alliance with the Black Widow to be interesting as she’s looking to kill Hydra Cap while these youngins still seem on the fence about the subject. Maybe not Miles who remembers all to well the vision of him holding a dead Captain America on the Capital’s steps. Not only is this a great call back to an otherwise crap event (Civil War II) but still has the capability to be true. Any story that’s looking to put Miles Morales at the forefront is okay with me. Uprising will look to expand between the relationship these young heroes have with the Widow and her Red Room. 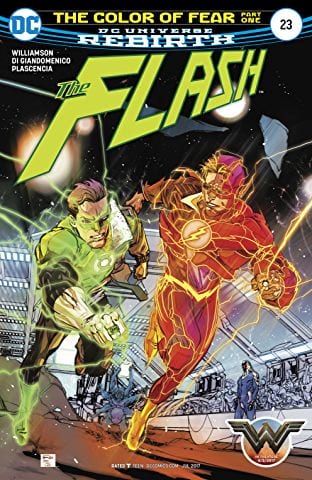 3. The Flash #23- “The Button” may be over but life goes on for the Flash. I really enjoyed how “The Button” helped highlight the importance of Flashpoint to the greater Watchmen narrative and the excellent emotional character moments it brought about. Where does the Flash go from here? The future of course. No, the future. Literally. Reverse Flash is back to threaten everything Barry loves which means the only logical step is to run into the future to confront him. Logical stuff here. Makes sense too with things back at home not being great with Wally and the whole lying to Iris thing. Maybe a little jaunt to the future is exactly what Barry needs to clear his head. 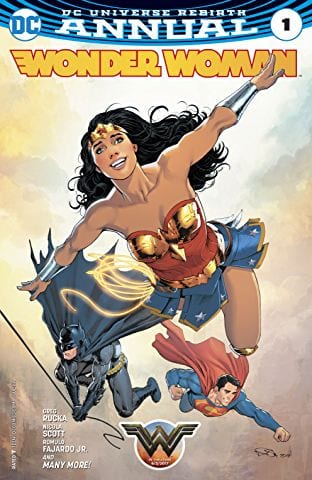 4. Wonder Woman Annual #1– I’ve said it here before, somewhere, that I’m not a huge friend of Annuals, but there was no way that DC would release Wonder Woman to theaters and not have a comic book to go along side it. That would be crazy talk. While this issue is a collection of short stories about everyone’s favorite Amazon Ass Kicker, they mostly center on her relationship between Batman and Superman (no Martha jokes please…ok, maybe just one). Look for Diana’s first encounter with Bats and Supes after the events of Year One and then for those stories to pick up years later when their friendship is forged. Could be a lot of fun seeing these characters interact for “the first time”, but despite the guest appearances don’t fool yourselves. This week belongs to Wonder Woman and may it be glorious. 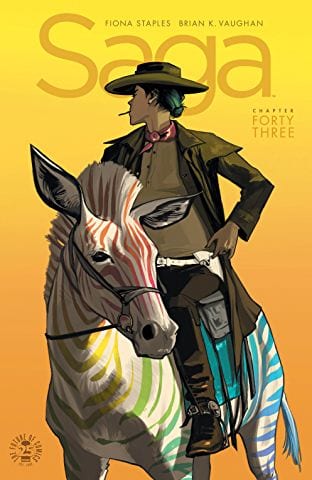 5. Saga #43– Ugh, finally Saga has returned and it only costs a quarter. Yes, you read that right. We haven’t heard from our cast of characters since January which in some ways was a blessing. That last issue was brutal with the feels. Just kick you in the groin type stuff. Here’s hoping that issue forty-three starts a happier story line… maybe not too happy. There has to be some gloom and doom here. Welcome back Saga! 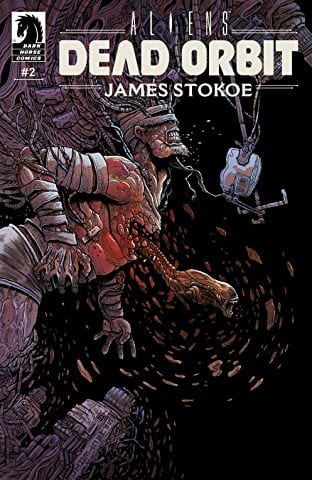 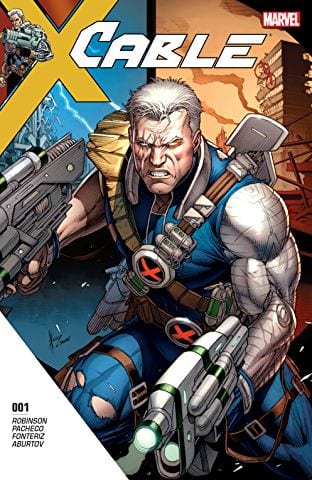 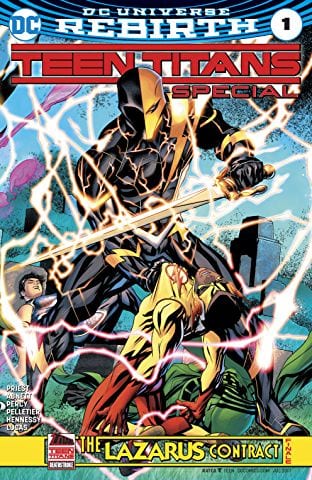 There you have it Geeklings. I know I started off saying there weren’t a ton of books for you this week but it seems that I totally lied to you. I had to reign myself in,otherwise we’d have been talking comics all night long. Not that there’s anything wrong with that. As a matter of fact if you’d like to talk comics with me feel free to find me on Twitter @iamgeek32. Let’s chat it up. If you feel I left any books off this weeks list the comments are yours to yell at me or maybe suggest books. In the mean time happy reading and many huzzahs!

Home » Fandom » The Pull List- Hydra Cap Continues His Empire, The Champions Rise Up, and the Return of Reverse Flash