Geeklings, a very Happy New Comic Book Day to you all! And what a fantastic New Comic Book Day it has been. We got some news about Free Comic Book Day (which if you didn’t know, is the first Saturday of May) as DC announced their “top secret” titles (a Wonder Woman reprint and DC Super Hero Girls book). While I don’t know why these two releases needed the “top secret” moniker I do feel that DC isn’t being exactly forthcoming and there will be a bigger announcement as May draws near. As for Marvel we already know that there will be a Defenders preview on FCBD (sorry, I forgot to mention that in my Defenders write up that you can find here) as well as our first glimpse of the Guardians of the Galaxy with a new writing team (staring Gerry Dugan). Lots of things to look forward to it would seem.

But all of that isn’t until May which is months from now. Considering we’re still in January and it happens to be Wednesday shouldn’t we be talking about the comics that come out today? Yes Geeklings, you’re right. We should absolutely be doing that but it never hurts to mentally prepare ourselves for the release of upcoming comics. 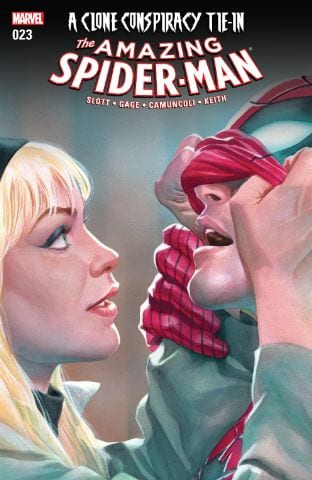 1. Amazing Spider-Man #23– Hey Kevin, isn’t that Gwen Stacy on the cover? Yes. Surly she must be one of these clones in this conspiracy? Not exactly. Well she’s a fake Gwen Stacy, right? Ummmm. But Gwen’s dead? Well… Isn’t she? I don’t think so. But she’s always been dead? Not anymore. You’re kidding? Nope. She’s back? I think so. Like, to life? Ummm… And that’s exactly how I feel about this issue of Amazing Spider-Man. Is this the actual return of Gwen Stacy? It certainly seems like it. Am I happy if that turns out to be true? No sir, I don’t think I am. The death of Gwen Stacy is so important to the Spider-Man lore that it seems almost disrespectful to the character to bring her back. I mean, that’s what we have Spider-Gwen for. My love/hate relationship with Dan Slott’s Amazing Spider-Man run continues. Too big of an issue to miss though. 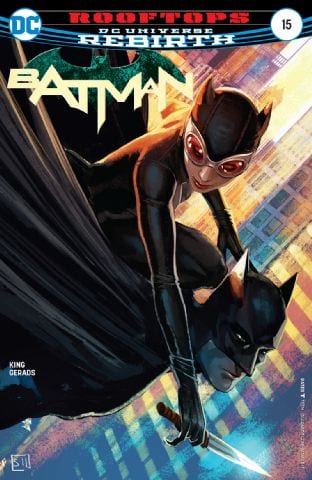 2. Batman Rebirth #15– Sometimes I sit and think, Tom King can you write all the comics I read? Granted I know this is impossible and the work would totally suffer based on the fatigue factor alone, but man can Tom King write a comic book. Wrapping up the “I Am Suicide” with Batman and Catwoman’s last night together before she gets returned to Arkham. This epilogue has been touching and tender in it’s hearbreaking romance. Two people who are two polar opposites of the spectrum yet so similar but their positions in Gotham will never fully allow them to be together outside of little moments like this. The artwork on Batman has been stellar and Gerads picks up right where Janin left off (for further proof check out the This Week In Awesome Comic Book Images column on my blog. That image… *hearts*) as Gotham and the night seem to swallow our two love birds whole. Will Catwoman and Batman get the happy ending they want? Probably not. It is a Batman comic after all. But we will let Tom King rip our hearts out as we hope for it. That’s what masterful story tellers do. 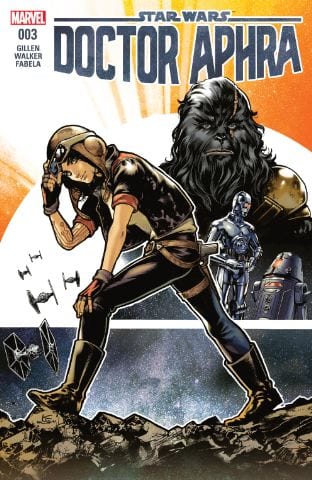 3. Doctor Aphra #3– Doctor Aphra is one of the biggest stand outs of the Marvel Star Wars comics and the fact that she now has her own series speaks volumes to that. I mean, did you guys see the trailer for that new mobile game Star Wars: Force Arena? She’s in the trailer! That’s awesome and goes to show how well this character has been received. What happens when the Doctor, her wookie friend, and those two badass droids (clearly what could have happened to 3P0 and R2 if they dropped out of droid school) find themselves at an Imperial encampment? Surly it has to be something with awesome results. How can we petition to get Doctor Aphra into Star Wars: Rebels or something (I started off small but I would love to see her make it into a movie)? 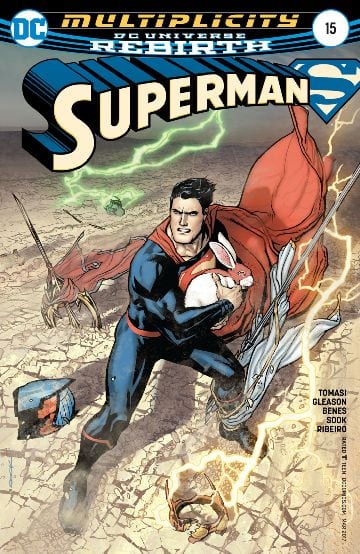 4. Superman Rebirth #15– Is Superman saving a bunny in a mask? Is that a super bunny? Seriously, I really don’t know the answer to this. The “Multiplicity” story line continues as the Superman of our world (the pre-Flashpoint Superman) teams up with Supermen across the multiverse, and apparently there’s a bunny with a mask being rescued. I don’t now why I’m so fascinated by that. Clearly, it isn’t the only selling point for this issue. Right? 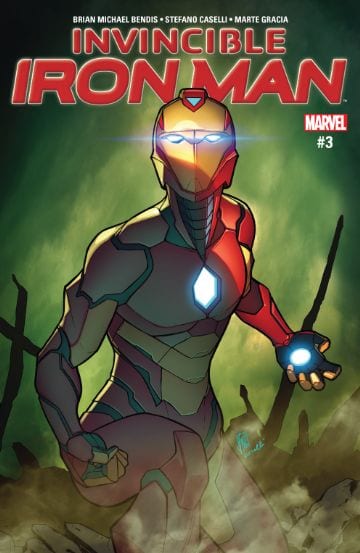 3. Invincible Iron Man #3– Can we keep her? Pleeeeeeeease? I absolutely love Riri Williams and already plan on providing my newly born niece with all types of Riri Williams swag (and Kamala Khan) because who says she can’t be Iron Man one day? And for those of you who are paying attention yes the birth of my niece was the reason why The Pull List was moved to Thursday last week. She’s so precious. Any way, we’re talking comics here not gushy uncle stuff (ahhhhh I’m an uncle… sorry, sorry). While watching Riri train to be the next Iron Man has been fun to watch (Caselli’s art is so expressive and wonderful) it’s about time we see her take on a villain, and it’s a good thing that issue three will be providing one of Iron Man’s rogues for just such an occasion. Here’s hoping Riri is up for the challenge. 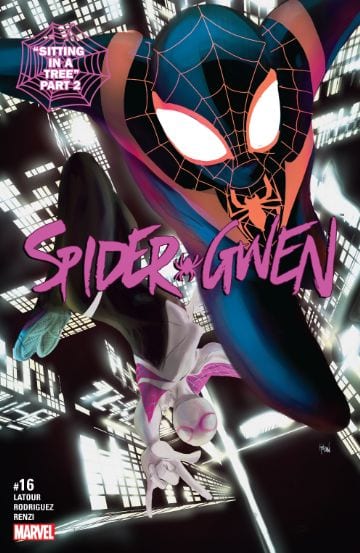 There you have it Geeklings, there are tons of books to choose from this week but I had the difficult job of narrowing it down to five (six). If you feel like I have left anything off feel free to sound off in the comments below. If you’d like to talk about all things comics then you can get me on Twitter @iamgeek32 or if you want more of my comic book insight be sure to turn to my blog, I Am Geek, later tonight as I’ll be posting my next installment of Today In Awesome Comic Book Images (#shamelessselfplug). Until then Geeklings, many huzzahs and happy reading!