Geeklings, every so often New Comic Book Day becomes the perfect storm of awesome that you can’t help but wonder if the Comic Book Gods have looked down upon you and said “you deserve this”.  Those are the moments where you can’t help but feel validated being a comic loving geek who just wants to be celebrate all things awesome. Today… today was one of those days. The release of the Guardians of the Galaxy Vol. 2 poster and teaser trailer completely made my day. Not even lying. I’ve been sick since late Saturday and seeing Star Lord and crew create some intergalactic mischief was the best medicine (Disclaimer: The actual best medicine is medicine. While the Guardians news made my heart happy I still kind of felt like a bag of ass. A happy bag of ass though and that’s important). I don’t know what was more exciting the footage or the idea of a baby Groot pop vinyl figure. Seriously my mind can’t handle it.

If that wasn’t enough our friends over at Fox released our first look at Wolverine from the upcoming Logan film, and it pretty much confirms what we’ve known all along. The third, and final (?), Wolverine movie will tackle the super popular Old Man Logan story line. While I’m a bit iffy on how they’re going to pull this off as all the characters needed for this story belong to Marvel (*shakes fist at the sky*) I can’t help but be that excitable comic book geek whose dancing around like he has to pee while saying “ooooooooooooo” over and over again. What can I say Geeklings? I’m a simple man.

And on top of allllllll that fantastic they actually released comic books today. New reading material. Can you believe it?! Like I said today has been the perfect storm for New Comic Book Day, and I get to talk about it with you fine people. How great is that? Pretty great I know. I’d be excited to talk with me too Geeklings, I’m kind of awesome (I kid, I kid).

You guys ready to talk some comics? Let’s do this. 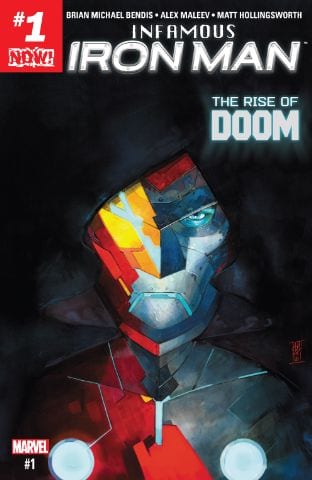 1. Infamous Iron Man #1– Yes Civil War II is still going (ugggggghhhhh) but Marvel is in full “we don’t care mode” still as it continues to roll out new books from the upcoming Marvel Now 2.0 movement. We know that the status quo is about to change and that for whatever reason Tony Stark will no longer be Iron Man post Civil War II. Will he be stepping down? Is he dead? I don’t know yet (again, delays) and the first issue of Champions only alluded to Stark’s absence. What we do know is that the Iron Man franchise is going to be having quite the face lift with Riri Williams prepping to take over the iron suit, but why wait for that when you can open up this book and watch as Dr. Doom takes over the mantel. And knowing Dr. Doom, like we do, we can assume that this is doomed to fail (pun totally intended). How long before Doom hungers to be a God again? I’m willing to bet that he’ll be Riri Williams’s first big test. In the mean time this book is totally worth checking out to see how things go from promising to dooming (that pun didn’t even work. I am totally aware of that). 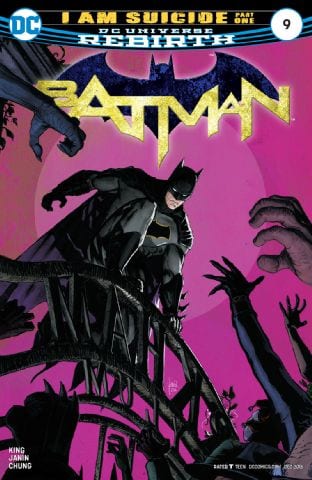 2. Batman Rebirth #9– Well Batman and Gotham’s battle with Strange’s monster has concluded so that must mean (insert dramatic music here) new story line time! Bats is moving from battling actual monsters to taking on metaphorical ones as he brings the fight to Amanda Waller who we know is the head of the Suicide Squad. Everything about this sounds promising including Batman creating his own Suicide Squad. I’m sorry, what?! You read that correctly Geeklings. Batman will be creating his own Suicide Squad. As for whose going to make the team? Well, you’ll just have to read the book for that. 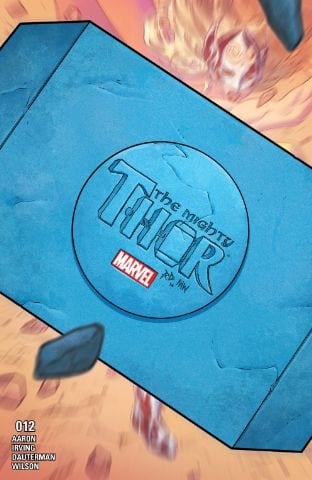 3. The Mighty Thor #12– Did any of you wake up this morning wondering “Hey, I wish I knew the history of Thor’s hammer, Mjolnir” Well if you did then Thor scribe Jason Aaron heard you loud and clear as issue twelve addresses just that! A whole issue dedicated to Mjolnir and why it’s so badass, what makes one worthy, and where does it come from. Maybe we can even get a clear answer as why she decided Odin Son was unworthy to hold her. Maybe just a tease? Something? Also if anyone can help me pronounce this name I’d be forever grateful. My mind can say it but my mouth refuses. 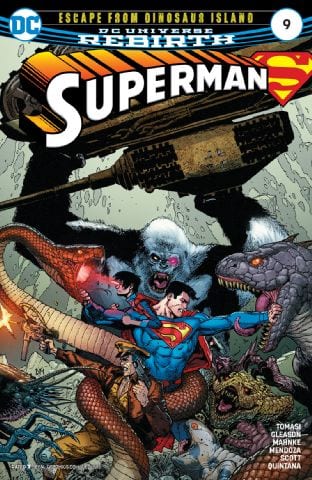 4. Superman Rebirth #9– Superman and son are still on Dinosaur Island. What more do you really need in order to read this? Dinosaurs, Superman, and family bonding time. Go out and buy it already. 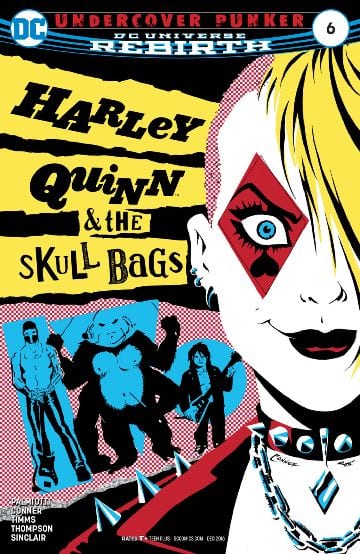 5. Harley Quinn Rebirth #6– How many of you have been to a comic con? If you have then you know there are always a ridiculous number of people cosplaying Harley Quinn. A number that only grew, something I didn’t think was possible, with the release of Suicide Squad. This brings us to Harley’s newest story line which sees her infiltrating the New York underground punk rock music movement. Everything about this book screams “YES” including Harley’s new punk look. Just take our money already. Some of us need new cosplay ideas. 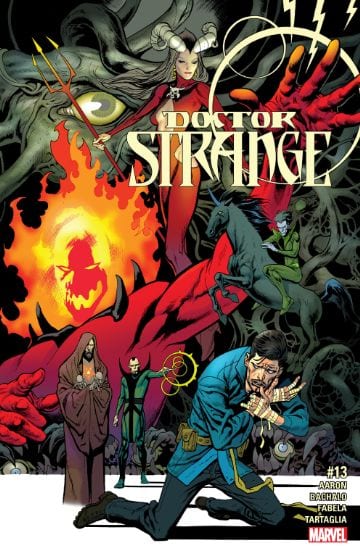 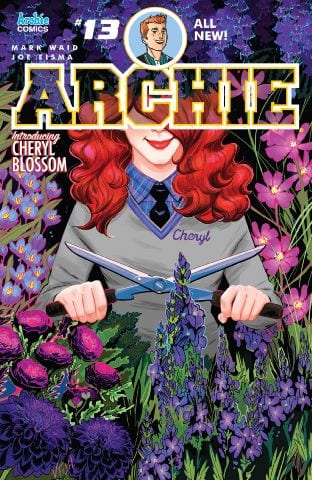 There you have it Geeklings. These are the books you should be putting your comic needing mitts on immediately. Read them. Love them. Tweet them. Instagram them. Tag me in all of this if you want. Spread the love. Because isn’t that what New Comic Book Day is about? Talking comics? Happy reading everyone!

If you guys would like to talk comics with Kevin you can find him on Twitter and Instagram @iamgeek32 If you would like more of his word adventures then you can turn to his blog I Am Geek.