Geeklings, what is going on?! A very, very Happy New Comic Book Day to you all? How does this Wednesday find you? Hopefully with a slew of books to read. That’s how I like my Wednesdays. Quiet and filled with comic books. That’s the dream my friends, that’s the dream.

I love it when New Comic Book Day is enhanced by something awesome comic book related. A little nugget that happens to drop to just make the overall experience even better. Something like a new Punisher trailer if you will. Have you guys seen this thing yet? Holy crap! I for one am so happy to see that Marvel and Netflix aren’t holding any punches when it comes to Frank Castle. This trailer is intense and super violent and plays off like the Punisher story of my dreams. That’s coming from someone who was old enough to understand that the Dolph Lundgren film was bad. I mean this guy did crappy movies based on the Punisher and He-Man, and that’s not right. While there’s a lot of promise in the trailer I suppose that the proof is in the puddin’, as Harley Quinn might say (she might), but outside of Iron Fist the Netflix Marvel series has yet to disappoint. I have little reason to believe that they’ll start now. And even if it isn’t good, who among you are going to tell Frank Castle that?! Not it.

Now, what do you say we talk some comics? 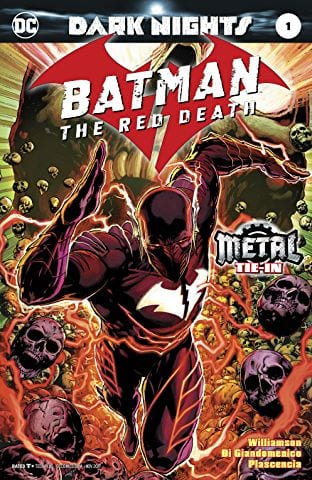 1. Dark Nights- Batman The Red Death- One of the coolest aspects of DC’s newest ongoing event series is the depiction of all these evil Batmen. Batman already plays things so close to the line that the idea of him turning rogue doesn’t seem extremely far-fetched. Maybe it would just take one really, really crappy day for Batman’s greatest fears to take over as he descends fully into the darkness. While we have been lucky enough to see our Batman stay away from that darkness, Metal is here to show us just what could happen if there was an evil Batman. Well, an evil Batman with the ability of a Justice League member. Yeah, good luck with that. The Red Death looks to explore the idea of what happens if Batman goes bad and gets ahold of the Speed Force. I’m not sure of the results but I can tell you it’s most likely bad. Really looking forward to this book as Joshua Williamson’s Flash run has been pretty stellar thus far and this character gives him a brand new sandbox to play in. 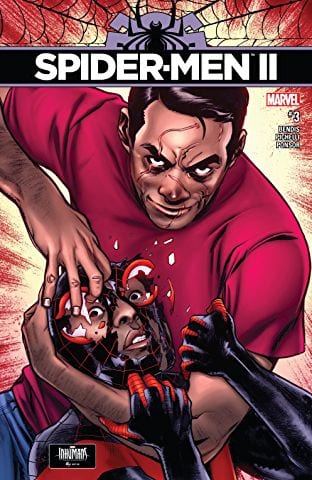 2. Spider-Man II #3- I know that Bendis books get some criticism because they can be a bit “talky” but I for one don’t really mind the “talkiness” when the dialogue is so fast-paced and on point. I’ve been enjoying Spider-Man II thus far mostly because of the dialogue and the interactions between Peter and Miles, as well as its connections to Bendis’s Defenders pocket of the Marvel Universe. This series is only supposed to be five issues which means issue three should start giving us some answers. We still don’t know much about this other Miles Morales other than the fact that he seems like a bad dude and has some badass scaring. As Miles seems to be heading towards a path where he gives up the Spider-Man mantle I’m curious to see if the results of this series speed that progression along. Hopefully, issue three gives us some of the answers we’ve been waiting for. 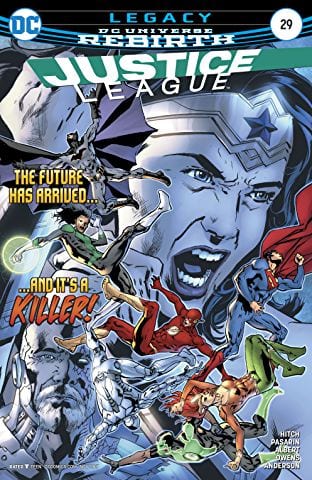 3. Justice League #29- I’ve said it before, and I’ll say it again, the Justice League is currently serving up one of the best X-Men stories on the shelves right now. It’s that classic tale where the kids of the Justice League arrive in the present in order to prevent their future. In order to do that it would seem that a current Justice League member has to be assassinated, saaaaaaaay whaaaaat, but who… and why? Look for part four of “Legacy” to give those answers and if the children of the future are really who they say they are. 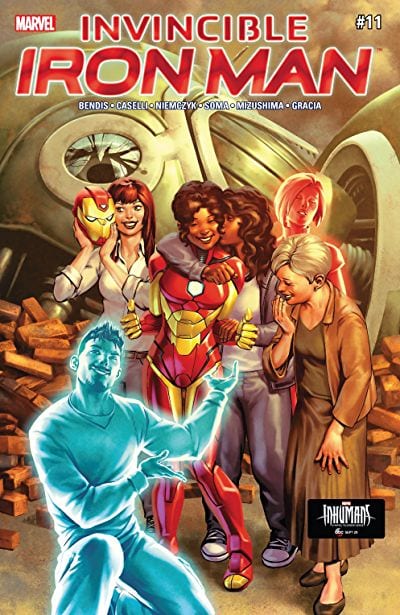 4. Invincible Iron Man #11– Today in favorite covers alert. Riri Williams just might be my new favorite hero and her book has covered her progression in the Iron Man mantle amazingly. We all know that Tony will return at some point, can’t be an AI forever, but in the meantime, Riri has taken the ball and run with it. Issue eleven looks to serve as a prologue to a major Iron Man story that sees Riri causing a bit of an international incident. If you’ve been reading then you’ve probably have a good idea of just what this could be. If you haven’t been reading… what’s up with that?! Look for this prologue to lead to even more growth within Riri as she continues to learn what it takes to be a superhero. 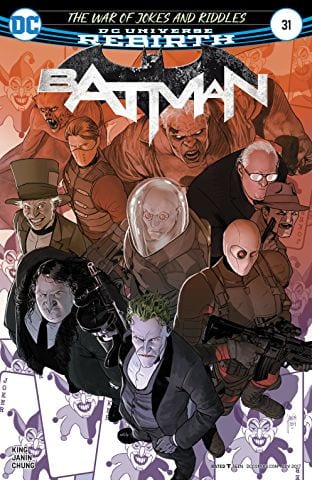 5. Batman #31– Amongst all the Evil Batmen there is still a book focusing on our righteous, kick-ass Batman. Sadly, that book seems to still be going through “The War of Jokes and Riddles”, a story arc that seems to never end. This arc has been a bit too inconsistent for my liking, my apologies to the genius that is Tom King but I’ve had enough Kite Man thank you very much, and a bit drawn out. Batman has been making some questionable alliances as of late and issue thirty-one looks to expand on that. Will “The War of Jokes and Riddles” ever end? I believe so. I just hope that this ongoing arc doesn’t fatigue it’s readers as much as it’s fatigued me. 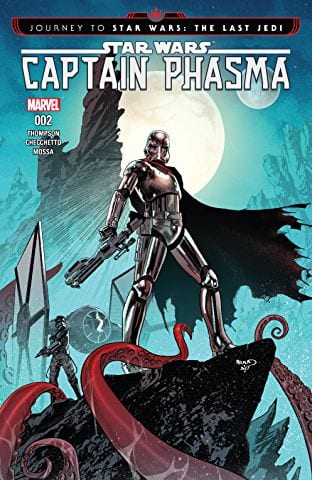 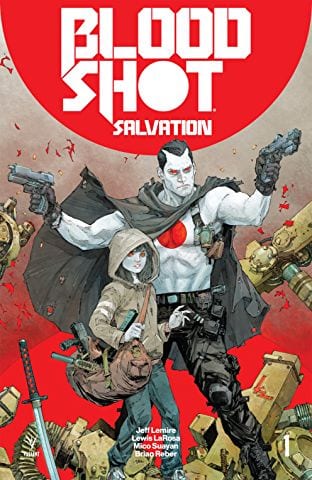 There you have it Geeklings, all the books to get your peepers on this week. Well, not all the books but some of the best. As always if you feel like I’ve left something off be sure to give it a shout-out in the comments below. If you’d like to talk more comics with me then you can find me on Twitter @iamgeek32. Until next week my friends, happy reading and many huzzahs!

Images from Marvel, DC, and Valiant