Behold it was Wednesday and the universe rewarded us with New Comic Book Day and Geeks and Geeklets across the land celebrated by reading them!

Welcome Geeklings to another edition of The Pull List or as you guys know it as “The Best Column I Get To Read Every Wednesday”. I really can’t believe how that nickname took off. You guys spoil me (Disclaimer: To the best of my knowledge no one actually calls this column that but your author strongly believes that you should… he’s shallow and loves praise). I woke up this morning to a slew of comics waiting to be downloaded which means I have a slew of comics to break down for you guys today. Contain your excitement as it’s time to show you the books that made it into the Pimp Spots. 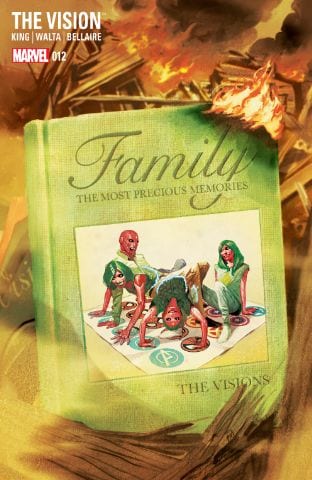 1. The Vision #12– It seems like just yesterday that I started binge reading this book and falling head over heels in love with it. As you know by now I read a lot of comics (whaaaaaaat) but there is something about what Tom King has done with The Vision that has made it one of the best series I have ever read. Seriously, I put this on Matt Fraction Hawkeye and Brian K Vaughn Y The Last Man levels. This is unlike any super hero comic you have ever read and delivers a book that questions the idea of normal. Or better yet questions the idea of what it means to fit in. It also blurs the lines of family loyalty and friendship along with testing the limits of what someone would do for the people they love. Or if they even understand the concept of love. I am sad to see this series wrap but am already excited for the place it’ll hold on my comic shelf. This series has been truly special from the art to the narrative and if you call yourself a comic book fan then you need to get your eyeholes on this stat. 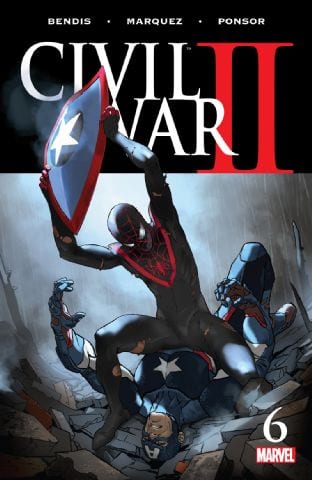 2. Civil War II #6– Ugggggggggh, this series is infuriating. For starters it’s too big of an event to leave off this list on the other hand it has not been a very good series. I actually read issue six early this morning (I’m a gamer what can I say). If Marvel had stuck to the original game plan then this issue would have been the one before the finale, but they upped the issue count to eight so this issue literally covers no ground. Don’t get me wrong there are some really good character moments from Ms. Marvel, Spider-Man (Miles Morales), and Steve Rogers and the art is gorgeous but outside of that it felt like nothing really progressed here… again. At this point it pales in comparison to the original Civil War series and has a lot of work ahead of it to end strongly. With all the delays this series has suffered it seems like it’ll never end and that’s starting to get on my nerves. But it’s the biggest event comic out there right now and will be responsible for the new Marvel Now so you almost have to read it. I’m sorry. Maybe it’ll be over soon. 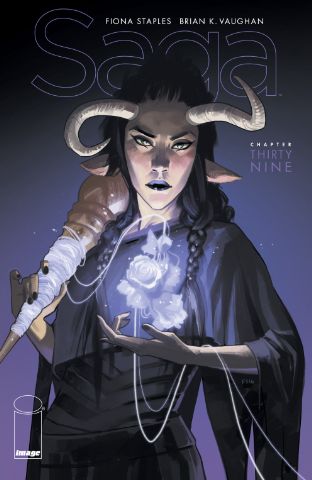 3. Saga #39– Every month I try and sell you guys on this book, and I think up to this point I’ve done a pretty good job (that’s me tooting my own horn #toot #toot). If you’re not reading it I have to ask why at this point? This is hands down one of the best comics on the shelf and after last months shocking death things are really starting to pick up. Our happy little family is in the midst of a big confrontation and we have to start asking ourselves if everyone is going to make it out alive. The best thing about Saga is how Vaughn is able to balance the heartbreak and the uplifting moments so there always feels like there is some sort of hope. Saga has everything you want in a good story (of any medium) so just read it already, and if you’re reading it keep reading it. It’s everything great about comics. 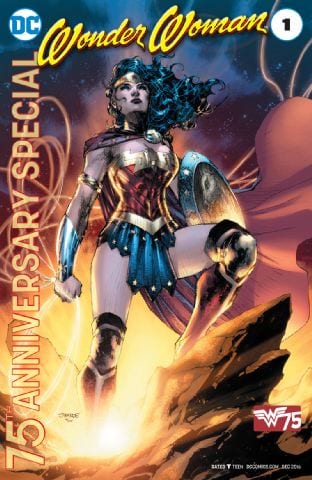 4. Wonder Woman #1 75th Anniversary Special– This one comes in with a hefty price tag ($7.99) but if you’re a Wonder Woman fan then you’ll have no problem shelling out the cash. This issue is a super collaborative with tons of writers and artists coming together with new stories and art to celebrate everyone’s favorite Amazon. At 75 Wonder Woman has never looked better and has become one of the center pieces to not only the DC Rebirth movement but the DCCU. Wish the gal a happy birthday will ya? 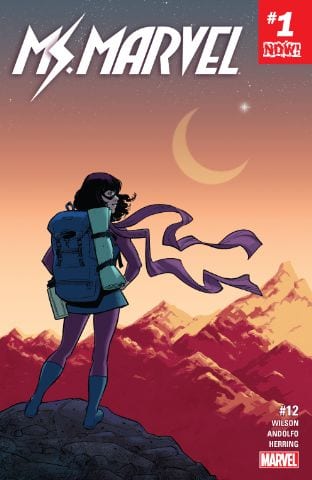 5. Ms. Marvel #12– Ms. Marvel shakes itself free of the Civil War II tie-in and begins a new era (the Marvel Now era) for bother herself and the Marvel U. Ms. Marvel has constantly been one of Marvel’s best books and after last months issue Kamala Khan’s entire world has been flipped upside down and the best part of Willow’s writing is how Kamala has continued to grow with the mantle she wears. There are some serious Peter Parker vibes spread throughout the series, and I’ll be interested to see how Kamala picks herself up and rebuilds after the events of Civil War II having suffered some very personal losses. It’s been a pleasure watching this character grow and expand as she becomes one of the figure heads of Marvels youth movement. 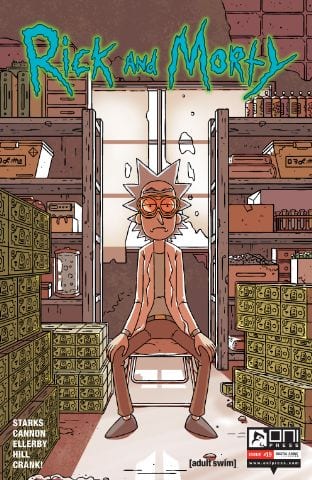 There you have it Geeklings. These are the books you should be reading. If you have any other suggestions feel free to leave them in the comments or you can hit me up on Twitter @iamgeek32. Happy Reading!