Geeklings, what is going on?! Happy New Comic Book Day to you all. I woke up this morning especially excited for today’s new lot of books. A large part of that was because of the books being released but a larger part has to do with that overall love of comics. I’ve always loved comic books, much to the dismay of my wallet, but ever since I started writing here at Fan Fest, I get even more excited for New Comic Book Day. I mean, I get to come here and talk to you guys about comics and you read my words. How cool is that?

I was woken up around 4:47 this morning because Hudson the Cat was hungry and flicking a DVD back and forth until I woke up and stopped ignoring him. When he gets super cranky he’ll knock over a pop vinyl or two, usually Star Wars, and that gets me up real fast. Don’t mess with my pops cat. When I returned to bed I was in one of those in-between phases where I wasn’t sure if I’d fall back asleep so I naturally downloaded my comics for the day… and then fell asleep. Don’t worry, I was up at six and able to read a couple. There really is nothing better than starting your day off by reading some comics. Try it and get back to me.

I’m sure you’re dying to know what I read or downloaded, and who am I to keep you waiting in suspense. Let’s talk some comics! 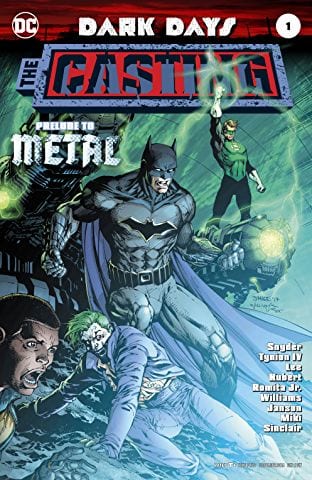 1. Dark Days: The Casting– Holy crap is this a comic book. Metal is about a month away and Snyder and Tynion IV have provided us with one last prelude issue and man does it change the game. This was the first book  I read this morning, and if you weren’t ready for Metal yet then by the end of this issue you’ll be practically begging for it. A number of easter eggs lie within its pages as well as big reveals from Snyder’s Batman run. Did you want to know what happened to the Joker after “Death in the Family”? Something like, how did he get his face back? Or how about how Batman and he survived “Endgame”? You’ll get your answers here. We’ll also learn a bit more about Batman’s quest and… ugh, it’s tough to talk about. Just prepare yourselves because things get real. Metal looks to be a game changer. It has all the feels of the “Court of Owls” storyline but with more doom and fewer owls. Read this! 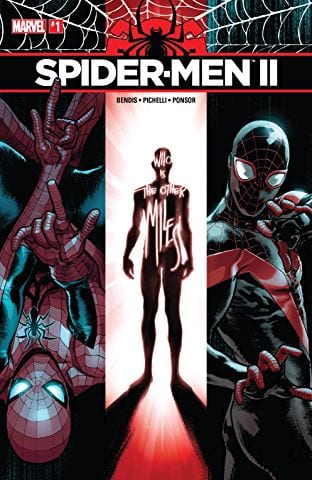 2. Spider-Men II #1- About five years ago Brian Michael Bendis wrote a story, Spider-Men, where Peter Parker met Miles Morales for the first time. It took place in the now sort of gone (maybe?) Ultimate Universe and was a really fun story that brought about some great character moments (Peter talking to Gwen and Aunt May might have brought a tear to my eye) and character growth, especially within Miles having finally met his hero. The series ended with Peter returning to the 616 Marvel Universe and Googling “Miles Morales”. Whatever he found left him shocked and the Marvel Universe hasn’t mentioned it again… until today. Spider-Men II looks to solve the question of who the other Miles is, and if the other four issues are anything like this then it’s going to be a blast. My immediate thought was how much I’ve missed Bendis writing for Peter Parker as Spider-Man. It’s exactly how the character should be written and I can’t tell you how badly I want him to take over for Dan Slott. If you’re looking for immediate answers you won’t find them in this issue, but you will find is a lot of fun and a book that moves really fast. I could have read this story all day. 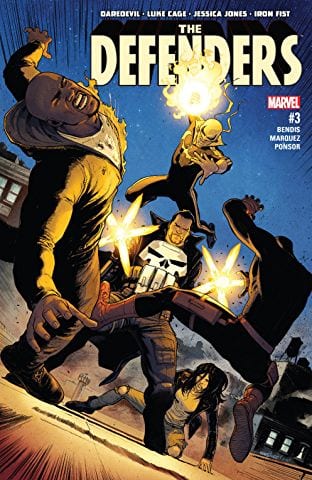 3. The Defenders #3– Spider-Men II isn’t the only book that Bendis has out this week, and we should be thankful. The Defenders has been auh-some and we’re only two issues in! I seriously believe that Bendis is building this street level pocket of the Marvel Universe between the Defenders, Jessica Jones, and Miles Morales and it’s been awesome seeing him weave these stories together. Last issue ended with the Punisher opening fire on the unexpecting Defenders but we have no idea why. Did Diamondback hire him? Maybe Blackcat? Maybe the actual Kingpin…doubtful on that one but I want to illustrate that there are options. To make matters a little more interesting, is it possible that Hammerhead saw this go down at the end of Spider-Man #18? See what I mean about this pocket universe? There is no reason for you not to be reading this. 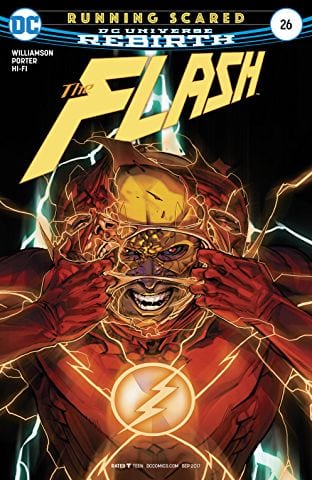 4. The Flash #26– Joshua Williamson’s current story arc of The Flash looks to re-define what we know of the Reverse Flash’s history. Last issue was, ummm, interesting as it seems that the Flash treating people the same is what caused the birth of Reverse Flash which makes him look kind of lame but I’m willing to roll with it as this Flash run (hahahaha pun slightly intended) has been solid. The big moment came at the issue’s end as it was revealed to Iris that Barry Allen is, wait for it, The Flash. I know, I’m sure you didn’t see that coming. Issue #26 looks to pick up with that thread as we wait to see if Iris and Barry will be able to save their relationship or, more pressingly, escape Reverse Flash. 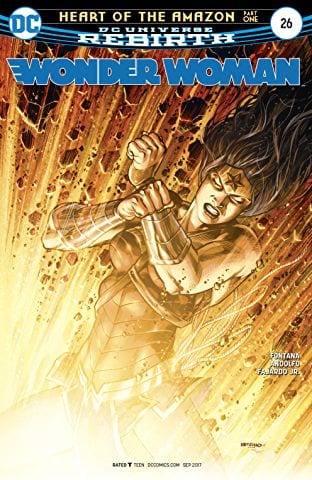 5. Wonder Woman #26- Hello new creative team. Wonder Woman has been one of DC Rebirth’s best books over the last year. If you’re wondering if a change in creative will change that well I guess you’ll just have to read the book. A new story arc starts here, “Heart of the Amazon”. I have faith that Wonder Woman will continue to kick all types of ass. It does seem to be her year after all. 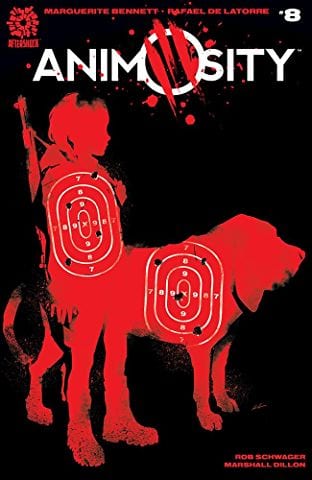 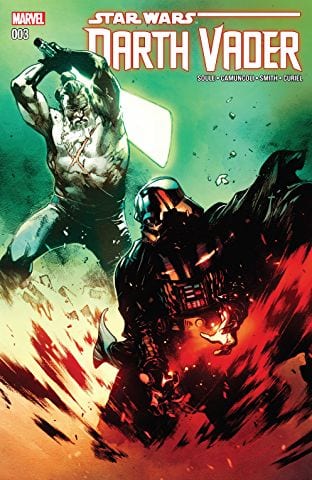 There you have it Geeklings. All the books you need to get those geeky little hands on. Like I said, it’s a super exciting New Comic Book Day. If you feel that I left anything off this week’s Pull List be sure to sound off in the comments below or if you’d like to talk comics you can find me on Twitter @iamgeek32. I love getting tweets from you guys and have recently become Twitter buds with Brian Michael Bendis (has re-tweeted a few of my tweets which had me fanboy pretty hard). I’ll see everyone here next week but in the meantime happy reading and many huzzahs!

Home » Fandom » The Pull List- DC’s Metal Draws Near, Who Is the 616 Miles Morales, & Punisher Clashes w/ the Defenders