Wednesday, Wednesday, la la la-la… You know, I’m discovering it’s kind of difficult to sing without the use of emojis. Well, for those of you who were unaware, yes, I was trying to sing the opening of this column and no it probably wasn’t that good. Hey, don’t ever say you came here and found me doing the same boring thing over and over again. Nope, here at the Pull List we are constantly looking to reinvent the wheel. Or perhaps, we are constantly looking to talk about comic books while also being witty and charming. Because that’s what you’ve come to love from this column, isn’t it? Of course, it is.

A very Happy New Comic Book Day to you all. I hope it finds you all well and safe as I know there’s a bit of a hurricane epidemic as of late. For those of you who are facing the storm and are looking for ways to keep that cabin fever away (no comics or light make so and so a dull such and such) why not look at this weeks crop of comics, download them before the power goes out, and next week go out and shop locally. Most of all though, stay safe everyone. 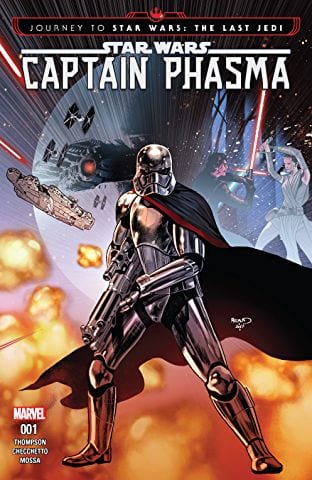 1. Captain Phasma #1– Was anyone else slightly disappointed with Captain Phasma in The Force Awakens? I mean disappointed in the way where you wanted more but got less along with a quick disposal in a garbage compactor of all things. Classic Boba Fett problems. Well, Marvel is looking to add a little more prestige to the badassness of Captain Phasma, played by the all types of awesome Gwendoline Christie, picking up right where The Force Awakens leaves her. This issue may not explore a lot of Phasma’s back story but it will show you how she got off the Starkiller base as well as laying the foundation for her role in The Last Jedi. Episode VIII is only a few months away, get yourself a porg and sit down and read this series in order to pass the time. 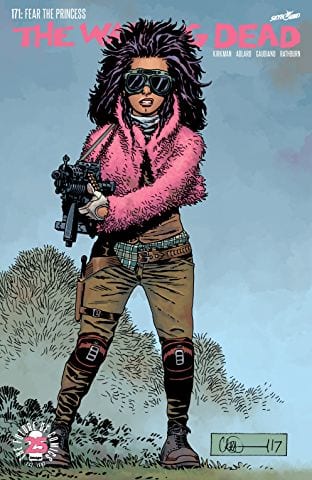 2. The Walking Dead #171- Hey everyone, meet The Princess the newest character to Robert Kirkman’s on going zombie saga. You may have heard of it, yes? Things have been pretty bleak in the Walking Dead as of late, even for Walking Dead standards, and the introduction of a new character might be what’s needed to take this story into its next chapter. Having not read this issue yet, my first take on The Princess is she’s a bit flashy in her wild badassness. I’m very curious to see just who she is and what she means for our survivors. 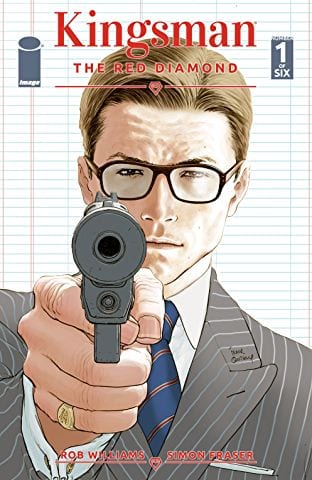 3. Kingsman: The Red Diamond #1– I didn’t read Mark Millar’s Kingsman but I did love the movie. Actually, I felt that movie was way better than it had any right to be while also including one of the best uses of “Freebird” possibly ever. Take that Rob Zombie! With the sequel coming out later this month (September 22nd I believe) it makes sense that a new comic would be released in order to get everyone excited, and Image has got you covered. While I’m not always a huge fan of new writing teams on creator owned comics I’m optimistic that The Red Diamond could be exactly what we need to lead into the movie. Fingers crossed anyway. 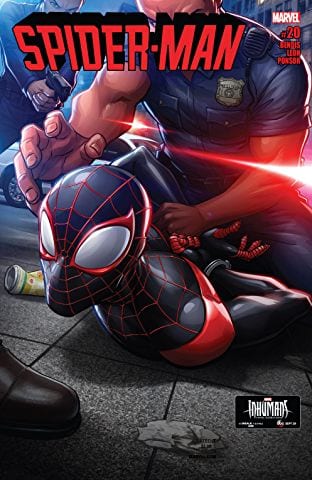 4. Spider-Man #20- I’m not going to rehash why Miles Morales is one of my favorite comics on the shelf along with being my current favorite Spider-Man. Nor am I going to rehash the pocket universe that Brian Michael Bendis is creating with Jessica Jones, Miles Morales, Spider-Men II, and the Defenders. What I will say is that it looks like we might be moving in a direction where Miles gives up the Spider-Man mantle and shifts to a different super hero persona.What exactly will that be? I’m not entirely sure but it seems like the seeds for that are being planted. You don’t want to miss out on this book. Miles is everything you love in Spider-Man… while he’s Spider-Man that is. 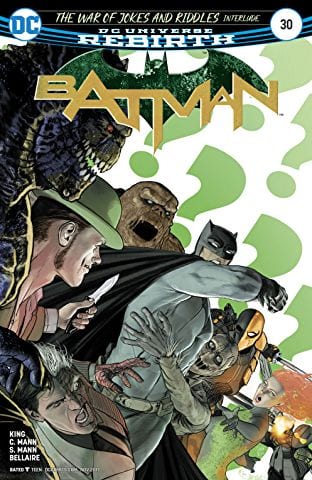 5. Batman #30- I’ve been a bit luke warm on “The War of Jokes and Riddles” and have often felt like there’s a great deal of substance missing within the pages of this story. Things just kind of happen with very little explanation, like villains picking sides, and events moving sort of rapidly where I find myself wondering if I’m actually enjoying the series. A weird feeling for a Batman book. Issue thirty looks to serve as an interlude to the main story and I have to wonder if we’re going to get another Kite Man type issue. I don’t know about you Geeklings but I’m starting to get anxious for this thing to wrap so we can move on to other Bat stories. 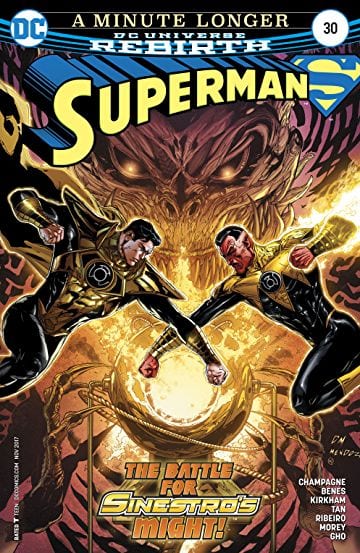 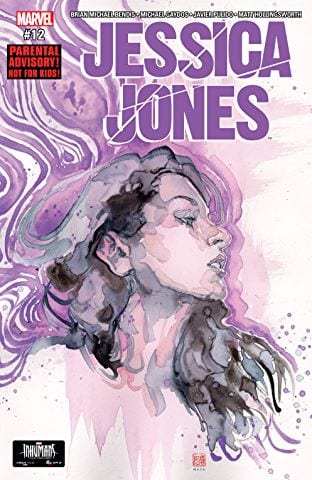 There you have it Geeklings, all the best books for you to wrap your eyeholes around. As always, if you think I’ve left anything off the Pull List feel free to say so in the comments below. If you’d like to continue our talk about comics, yes please, you can find me on Twitter @iamgeek32. Tell me what you’re reading or what you think of the column or if you’d like to see me talk about throw back series. I’m all ears, urm, eyes. In the mean time, everyone be safe, happy reading, and many huzzahs!

Home » Featured » The Pull List- Capt Phasma Gets An On Going, New Walking Dead Character, and Return of the Kingsman