Geeklings, a very Happy New Comic Book Day to you all! We are only a few short days away from Christmas (don’t panic you still have time) which means now’s the time to stock up on comics for that special comic lover in your life. I’d say use them as stocking stuffers but in order to fit them in there you’ll have to bend the books and we know that’s a crime. Just bag them and board them, put them in a box, wrap the box, and put said box underneath the tree. This way the books stay safe and your comic lover can still freak out on Christmas morning. I’m not just here to suggest books, I’m here to problem solve. You can call me Comic Clause.

Now that we settled how to wrap the books it might be a good idea to discuss what books you should be buying. Good thing I’ve got you covered on that too. I’m like my very own Christmas Miracle. Alright last-minute shoppers, here are the best books to be putting a bow on this week. 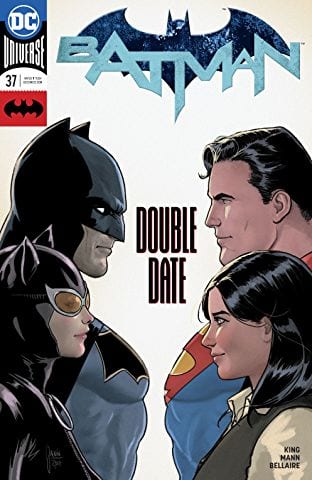 1. Batman #37– I’m just going to say it, Batman #37 might very well be my favorite comic of the year. For serious. This issue is utterly amazing. In fact, I was so excited about how good this issue was I turned to Twitter and accidentally Tweeted Tom Taylor (Injustice 2 and All-New Wolverine) instead of Tom King, d’oh! Stupid lack of edit button on Twitter. Irregardless, this issue is everything you want it to be. A double date between Batman and Catwoman and Superman and Lois Lane. The book is funny, check the background for some fun easter eggs, heartfelt, and helps to expand on the already storied history of Batman and Superman. On top of that, King’s depiction and development of Catwoman has made her one of my favorite characters of the year. I look forward to Catwoman moments almost as much as I look forward to Batman moments in this series. Read this book. Love this book. Tell your friends about this book. It’s magnificent. 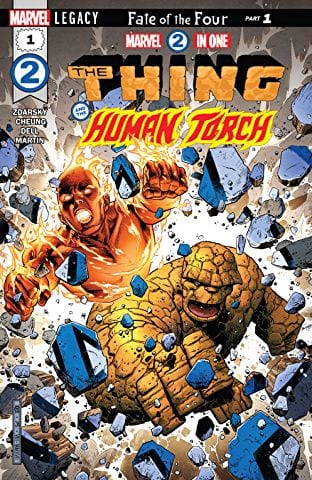 2. Marvel 2 In One- Have you guys missed the Fantastic Four? They have been gone for a long, long, loooooooong time. Well, if you’re buying into the possibilities laid out by Marvel Legacy and Disney’s recent acquisition of Fox then it seems that the return of the first family of Marvel might be right around the corner. It’s not here yet but it seems like it’s coming. Until it arrives Chip Zdarsky is here to provide us with half the team. The Thing and the Human Torch are pairing back up and might have found out a secret about Doctor Doom that’s been hidden since Secret Wars which instantly has my curiosity. Doom has been trying to play hero lately and I’m not sure if I ever really understood the ending of Secret Wars. If you’ve been longing for some Fantastic Four in your life then it would most likely be in your best interest to pick up Marvel 2 In One. 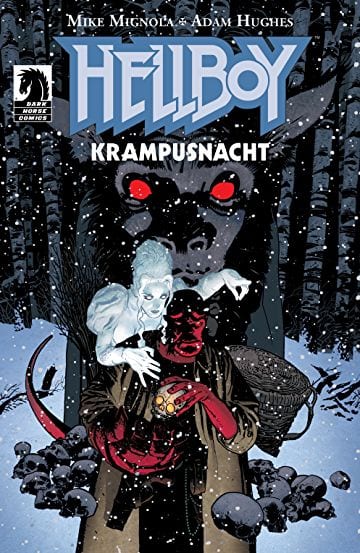 3. Hellboy: Krampusnacht- Hellboy fits a Satanic version of Santa. Why aren’t you reading this yet? 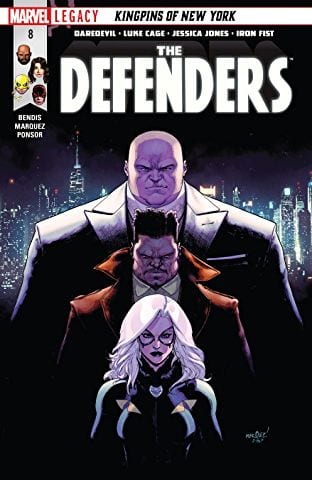 4. The Defenders #8- With Bendis’s departure on the horizon, we have to accept the real possibility that The Defenders is going to be wrapping soon. This makes my heart sad but there are still issues to be read my friends. Starting here with issue #8. There is a war for the Kingpin title raging and up until recently, it seemed that the war was between Diamondback and Black Cat buuuuuuuut the actual Kingpin has been pulling Diamondback’s strings in the shadows while becoming mayor of New York. Did you get all that? It’s only a matter of time before the Defenders out Fisk but in the mean time they’ve got a city to protect. While there is no end date set yet I plan on enjoying this ride until they tell me to get off. One of my favorite books of the year. 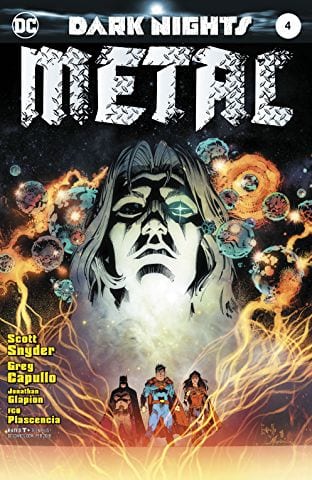 5. Dark Nights Metal #4– After a month off Dark Nights Metal has returned. The tie-ins for this series have been pretty tremendous but returning to the main story is exactly what we need. Last we saw the evil Batmen of the Dark Multiverse suckered Superman into coming to their home. Now he’s being used as a mega battery to help Barbatos suck our Earth into the darkness. Swell! Some new surprises ahead and a guest appearance of Dream from The Sandman help to lay the foundation for the remainder of this event. Book four seems to let up on the gas a little but here’s hoping that it’s only a quick gasp of air as the final issues melt our faces. 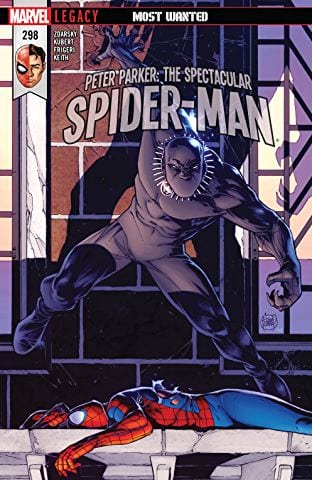 There you have it Geeklings, all the best books to get your mitts on before the holiday arrives on Monday. Get them for friends, family, or just spoil yourself a little bit. You deserve it. If you feel like I’ve left any books off the list then, by all means, sound off in the comments below. If you’d like to talk more comics with me then you can find me on Twitter @iamgeek32. In the meantime, I hope everyone has a safe and happy holiday and I’ll see you all next week. Happy reading and many huzzahs!