Geeklings, I’m going to wish you a happy New Comic Book Day and I’m totally aware that I’m a day late. I knooooow, but it couldn’t be helped. I had a thing at my other job that ate up my night and I couldn’t come here and talk to all my peeps about all things comic books. Isn’t that criminal? Doesn’t other job know that Wednesday is for comics? I think we might need to write a strongly worded/anonymous letter that discusses how every Wednesday should result in a day off for yours truly. By strongly worded of course I mean “please consider” and “I’m not holding my breath”.

And that’s why The Pull List, your favorite Fan Fest comic book column (you know it is), is a day late. Despite my tardiness it doesn’t mean that we should overlook the books that need to be purchased. Nay! In fact it just makes the books even more important. How you ask? Well… I’m not entirely sure but it just does. Hush, and get excited for comics because I’m about to throw a whole bunch at you. 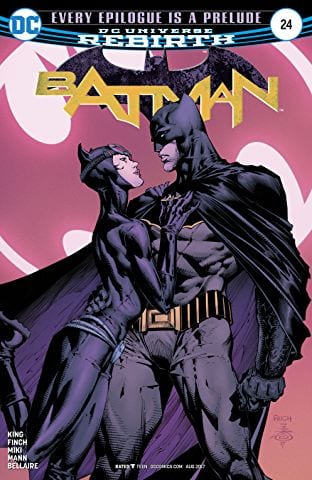 1. Batman #24– And thus concludes the first year of Tom King’s Batman run. Can you believe it’s been a year already? Is it me or did that go really fast? Issue #24 looks to tie some of the loose ends from that first year up, and focuses mainly on the relationship between the Bat and the Cat. Unless you’ve been living under a rock I’m sure you already know what happens within these pages, but there’s more to it then that. There aren’t a lot of things I dislike about comics but I will say that spoiling a large plot point before the book is released in order to generate sales really drives me crazy. It’s so disrespectful to monthly readers. I get that you want people to buy your books, and that’s great, but can we find a way to do it that isn’t at the expense of your constant readers? I digress. With the conclusion of his first year King next looks to tackle his very ambitious story line, “The War of Jokes and Riddles”. Can’t wait for that! 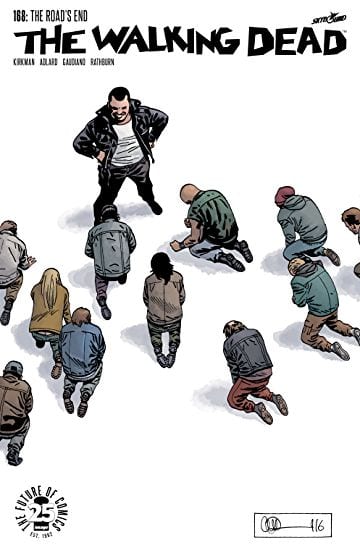 2. The Walking Dead #168– Last issue of The Walking Dead was a bit of a heartbreaking/shocker/soul crusher/oh my God why would you do that type issue. We’ve come to expect these things from Robert Kirkman but it doesn’t make them hurt any less. The bigger question is, where do we go from here? Can Rick pick up the pieces of life? Will life ever be the same for the survivors? Is that Negan becoming a leader? Say what now? 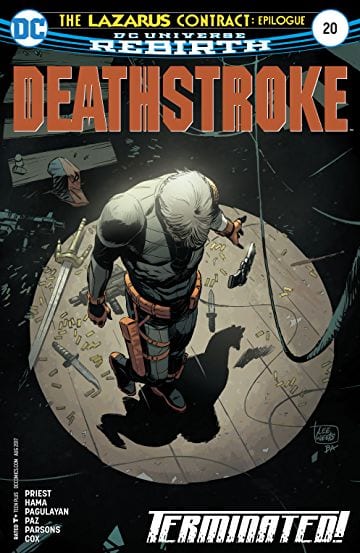 3. Deathstroke #20– This week in favorite covers… Deathstroke #20. Ugh, I love the heaviness it conveys, and why wouldn’t it be heavy? The “Lazarus Contract” has wrapped and Deathstroke has kind of been through the ringer. Some things went down. There was the speedforce and anger and… there was a lot of stuff. Issue #20 plays like an epilogue to the event and hopefully will show us the next direction for DC’s biggest mercenary/hitman/badass. 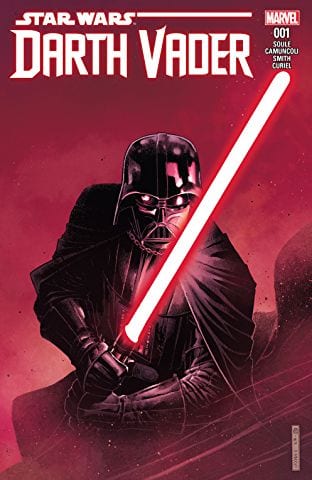 4. Darth Vader #1– You want to know what one of my least favorite parts of the prequels was? Remember in Revenge of the Sith, when we see the emergence of Darth Vader for the first time? That thing we’d been waiting for since we heard about the prequels in the first place. There’s some banter between him and the Emperor and then something happens. Something so profoundly dumb that even talking about it right now makes me want to run directly into a wall to make the pain stop. Vader, Darth Vader, the biggest badass in the galaxy screams “nooooooooooo” thus ruining everything forever. Thank god for Rogue One. cause god I hated that scene. Haaaaaaaaaaaated it. Why am I bringing this up? Well, this new Marvel series picks up with Vader’s life right after that scream and plans on displaying how he becomes such a force in the galaxy (pun intended). This book is going to have a lot of work ahead of it as Marvel’s first Vader series was all types of awesome. 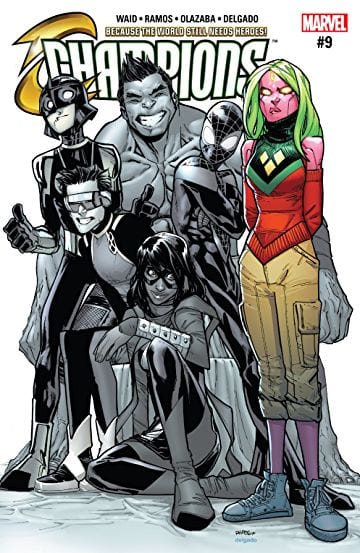 5. Champions #9– I find it weird with the majority of this cast (outside of Ms. Marvel) having such a large roll in Secret Empire that this book wouldn’t be a tie in to the event. Instead it is continuing the story it started telling last month that finds Viv grounded by her father the Vision. I for one am really excited about this issue only in the hopes that it connects to Tom King’s The Vision masterpiece. Viv has been a really interesting character and I’m curious to see if the events of The Vision series have any lingering effects on her. If you recall it was a bit traumatic. Throw in the fact that I love these characters and Champions becomes an easy sell. 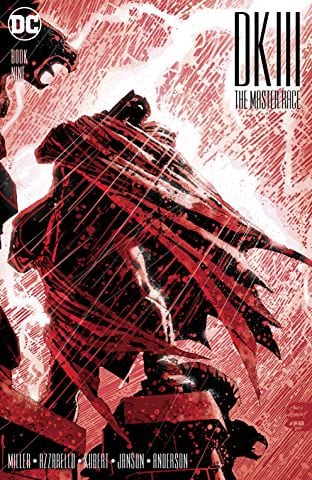 There you have it Geeklings! Again, sorry that this was a day late but we’ll be back to our regularly scheduled programming next week. In the meantime if I left any books off by all means sound off in the comments below. As always if you want to talk comics or anything else geeky you can find me on Twitter @iamgeek32. Happy reading my friends and manzy huzzahs!

Home » Fandom » The Pull List- Batman Pops the Question, We Are Negan (?), Life After For Deathstroke