Geeklings, a very Happy New Comic Book Day to you all! Could you guys imagine a world where Wednesday was just a pun used so insurance commercials could use camels in their adds?   A world like that makes me want to weep. If Wednesday was just another day then when would we get our comic books?! When I ask, wheeeeeeeen?!

Sorry, for a moment there I think I got caught up in the nightmare there. Lucky for us we live in a world where Wednesday, hump day if you will, supplies us with tons of new comic book reading material to carry us over into the weekend. That’s if you can last that long. Who among us really has the will power to fight back the urge to read new comics?

With that being said this particular Wednesday has graced us with a number of super exciting comics to dazzle our eyeholes and wrinkle our minds. Do you want to know what these books are? Of course you do, why else would you come to Fan Fest’s weekly comic book column? I mean, I am pretty charming so I get it, but I know you want the skinny on the week’s comics and I’m here to guide you to the reading material you deserve.

This is a pretty full week too so excuse me if I cut the chit chat and start breaking down some books. 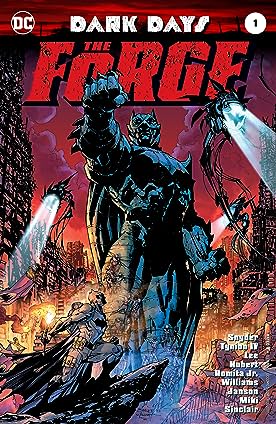 Dark Days: The Forge #1– Since Rebirth DC has really scaled back on pumping out a number of event comics. As a matter of fact I can only think of a couple off the top of my head, Justice League vs Suicide Squad and The Button, which I think has been a good thing. I’ve mentioned here before that event fatigue is a very real thing (*cough* Marvel *cough*) and sometimes it’s more than alright to focus on the characters for a bit. Dark Days is a bit different though as it’s the prelude to the Metal event coming later this summer and seems to focus mostly on Batman with a rotating door of DC regulars. I read this issue earlier today and what can I say about it? Hmmm, how about this thing is going to get crazy town banana pants. Batman has got some secrets to the surprise of no one. Secret projects and secret secrets. Dark Days starts to bring some of those to light and man, are they doozies. There are at least two different times during this book that I had the “what the what” reaction. Scott Snyder helms what I believe is his first event series while bringing closure to his Batman run. If you read his New 52 stuff then you’re going to find a number of treats in these pages. Just wait till that ending. 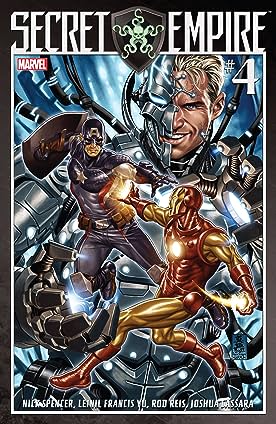 Secret Empire #4- I woke up at 5:45 this morning so I could read this book because the interwebs and the spoilers they provide are real. On top of that I’ve been loving this series and issue number four didn’t disappoint. One of the highlights for me during this event has been the art and issue four sees Rod Reis take the reins to provide an issue with less gravity in its panels and a little more fluid action. The transition works but the real selling point for issue four is the story line. I won’t get into spoilers but the relationship between the Black Widow and Champions continues its learning curve, last issues big reveal is addressed, and a classic Marvel villain shows up to put years of Marvel story telling into perspective, and Nick Spencer weaves his way through these events effortlessly. For me that classic Marvel villain scene was by far my favorite as it really took on a lot of the Marvel back catalogue and made these events seem important. Find me on Twitter (@iamgeek32) or in the comments after you read because I need to discuss theories on that ending. 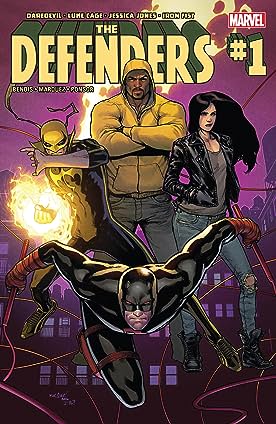 Defenders #1– I don’t know if you know this but Netflix will have a little show coming out this summer called The Defenders which teams up their heroes Daredevil, Jessica Jones, Luke Cage, and Iron Fist. Marvel being the kings of marketing can smell a hit when they see one and have brought the team back together in comic form so we can properly prep for the series. Helmed by Brian Michael Bendis, who has brilliantly written these characters in the past, the Defenders take action again and the world is a better place for it. I for one am really looking forward to this book as I can’t read all the comics, although I do try, and team a bunch of badasses together in one book is a great way for yours truly to catch up with them. On top of that I have been loving the Netflix pocket of the MCU and these characters deserve to be celebrated. Defenders #1 should be at the top of most of your pull lists this week. 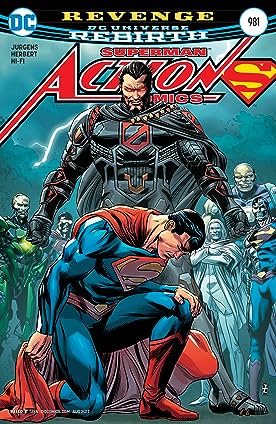 Action Comics #981– But wait there’s more! As if those three books weren’t enough Action Comics is here to provide us with a classic race against time involving Superman, the Suicide Squad, General Zod, and Cyborg Superman (one of my favorite DC villains). Stuck in the Black Vault, Superman needs to find a way out before the Suicide Squad heads to that big task force in the sky. Superman comics have become a lot more fun now knowing that there can be potential Easter eggs for Doomsday Clock. That and they’ve been really good reads. 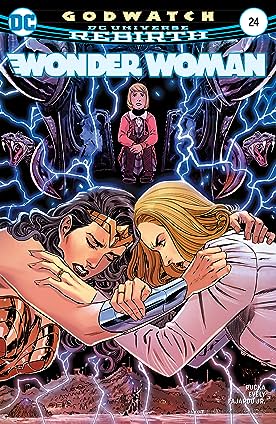 Woman #24- She’s not just killing it in the box office, she’s also killing it in the comics. It’s safe to say that Wonder Woman kind of owns the world right now, and rightfully so, which means if you’re riding that Wonder Woman high there is no reason for you not to tune into this series. It has been some of DC’s best since Rebirth and is just wrapping up the “Godwatch” storyline. If you’re looking for a time to jump into Wonder Woman comics then that time is upon you my friends. 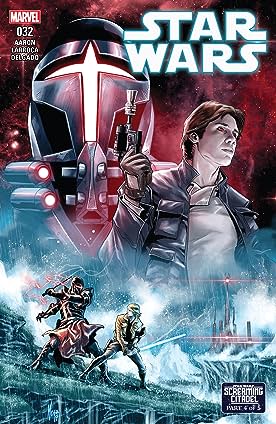 There you have it Geeklings. All the best books to throw your adult dollars at. As always if you feel I’ve left anything off sound off in the comments below. If you’d like to talk comics or anything geeky come find me on Twitter (@iamgeek32) and let’s chat. In the mean time happy reading and many huzzahs!