Geeklings, welcome back to The Pull List where the comics are real and the reading of them is mandatory. Well, not mandatory but highly suggested. They’re comic books, why wouldn’t you want to read them? Especially when it’s Wednesday, the best day of the week. Hush your faces with Friday because it’s too obvious. Wednesday is New Comic Book Day and it’s the best. Comics for all! Allllllllll!!

Now that I verbally assaulted most of you into reading comics this week it would probably behoove me (p.s. that’s the first time I think I’ve ever used that word. SAT’s look out baaaaaabbbbyy) to tell you what you should be reading. I figure if I’m going to aggressively sell you on books, at the very least, I should throw some your suggestions your way. That’s the kind of guy I am Geeklings. Plus this article is about comics so it’s not like we’re going to talk about the weather. It’s not The Weather List…. sorry. I think I’m rambling a bit. Let’s just talk comics. 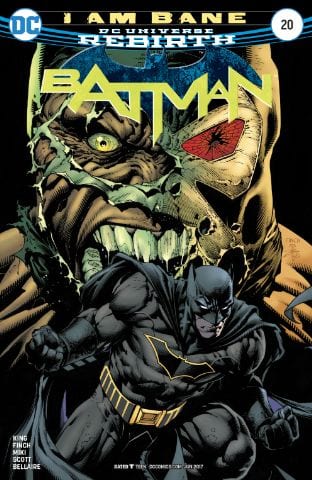 1. Batman #20– Here it is, the conclusion of  the “I Am Bane” story arc. Tom King has gone out of his way to make Bane a formidable force again hopefully purging from your memory any thoughts of Batman & Robin. Remember that?! Wait, no, don’t remember! That’s the whole point. After last issue involved such a huge cast it makes sense that the finale boils down to just Bats and Bane, kind of sounds like boy band members who went solo. Only one can stand triumphant and with Bane getting his own solo series soon and Batman moving on to The Watchmen it’s safe to assume that it’s going to be the Caped Crusader who comes out on top. But how? And will he be the same? That’s why we read! 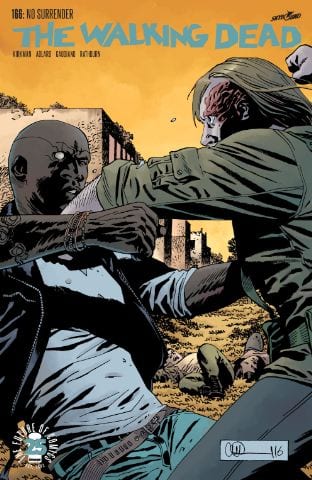 2. The Walking Dead #166– The Walking Dead show may have wrapped (and you can read my review here) but if you need some of that Rick Grimes goodness in the off season then it’s a good thing the source material is still pumping. That’s the best thing about comics, when one story arc ends (or season) a new one starts up the following issue. It’s the gift that keeps on giving. Alexandria is still in ruins after the Whisperer War and Dwight is trying to defend what’s left of it. Alexandria was more than just sanctuary it represented an idea. An idea of future. The Saviors don’t really agree with this and they’re looking to cause some trouble for our friend Dwight. But is it even worth it? 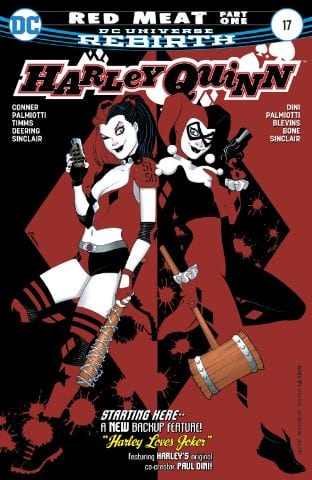 3. Harley Quinn #17– Harely Quinn has kind of become the Wolverine of the DC comic book universe. She’s every where! There aren’t a lot of books that she’s not a part of  and one has to wonder if at some point she’ll suffer from a little thing called over exposure. You know what happened to Wolverine when he reached that capacity? They killed him. I’m just saying. But as of right now Harley is everyone’s darling and her solo series starts a new story arc this week. That’s exciting but it’s the back story in this issue that really has my blood pumping. One of Harley’s original creators, Paul Dini, is back to tell a story of the early years, you know Batman the Animated Series early years, as Harley accidentally reveals where the Joker’s secret base is. You’re getting two books in one here and one of them looks to have all the throwback feels. Plus this cover is incredible. 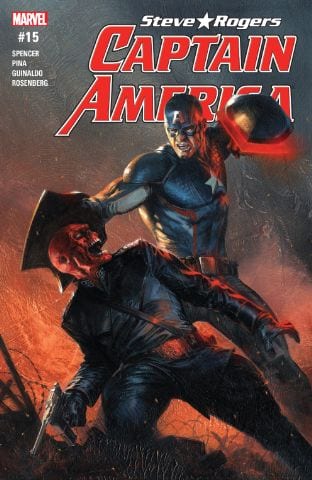 4. Steve Rogers Captain America #15– Man, I am so pumped for Secret Empire. I am suffering from severe Marvel event fatigue but this one right here just screams something important. The very idea of Cap as a villain taking on the Marvel universe is enough to give me all the comic book goosebumps. Yet, before Secret Empire can start Hydra needs a clear leader and the Red Skull believes it’s he who will lead Hydra into a new era. Captain America, well, he’s got another opinion. Who ever thought that Red Skull and Cap would be fighting for control of Hydra? It’s just a weird sentence to be writing. Look for this issue to put the final pieces in place before Secret Empire kicks off later this month. Also could I say Secret Empire any more times in this little blurb?………..Secret Empire! Sorry, I’m a child. 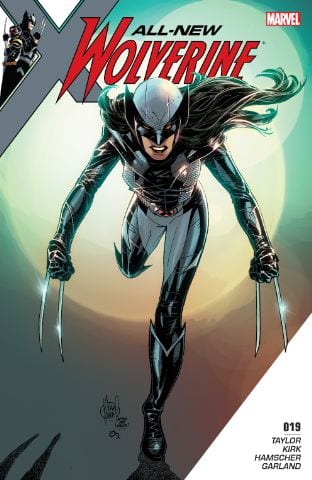 5. All-New Wolverine– There is no denying that one of the break out stars of Logan was X-23. I think it’s fair to say that when that film ended the majority of movie fans wanted to see what happens next for Laura. While it may be some time before we see her pop up in a movie again, don’t panic. There are comic books to be read! It’s the same argument as The Walking Dead. And to make reading this book even more accessible, All-New Wolverine is starting a brand spanking new story arc. Saaaaaay whaaaaaat?! If you’re looking for a jumping on point for X-23 stories than this might be your issue. It’s got aliens, a super virus, a quarantined city, and all types of action. Why say no when it feel so good to say yes? 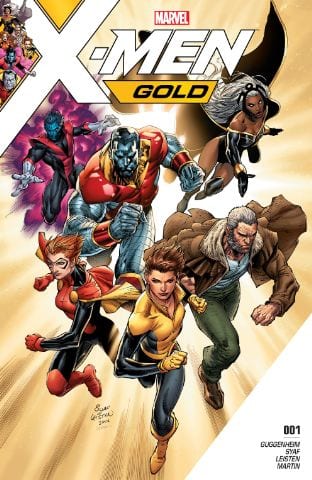 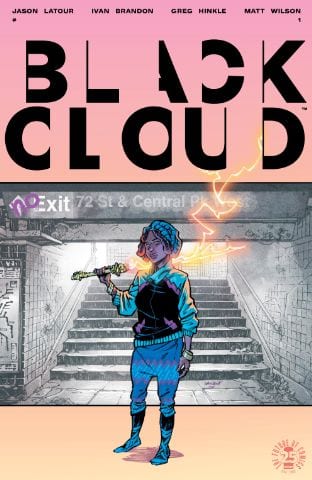 There you have it Geeklings. There are tons of great books to get your grubby little hands on them. So many in fact that I had to leave a bunch off otherwise you’d be reading this column all day and not the books. That would be a crime. Although I will say, if you feel that I’ve left any book off this list that you feel should be here by all means sound off in the comments below or find me on Twitter @iamgeek32. In the mean time, happy reading everyone!