Geeklings, what is going on?! A very Happy New Comic Book Day to you all! I hope it finds you somewhere where you can enjoy this lovely summer weather, kick your feet up, and binge read some of your favorite comics. After a week of vacation, I snagged myself a day off today and was able to get my comic on pretty strongly. I’ve actually gotten myself to a pretty good place as far as catching up on my books goes. I usually read all my favorite titles first, those must reads, and then the rest fall behind and next thing I know it’s New Comic Book Day again and I’m backed up on books. After vacation and today I’m just about current on most of my books, so huzzah to that!

I suspect that all of my Geeklings are good little readers who are all types of caught up on their books and wish I would hush up about being backed up and just get to today’s books. Wow, that was some sentence. My writing app says there are no errors either! I don’t want to brag but… sorry, sorry. I got distracted.

I present to you… comics! 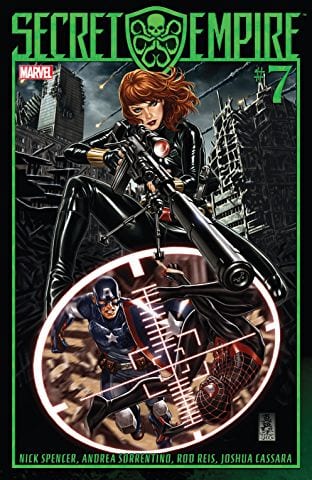 1. Secret Empire #7– This is the one we’ve been waiting for Geeklings. Holy crap was this book incredible. For seven issues we’ve been waiting for Black Widow and her group of young heroes (mostly the Champions) to make their move on Hydra Cap and this issue serves that up big time. I’m not going to get into spoilers, duh, but I will say that events from Civil War II that seemed important and then were forgotten become important again. There is some serious fallout from last years event comic and characters like Captain Marvel and Miles Morales really shine in this issue.  If you’re looking for answers from issue six, you’re not going to find them here. But if you’re looking for some gigantic moments that leave you a little misty eyed and your jaw on the floor… you’ve come to the right place. Only three issues left. 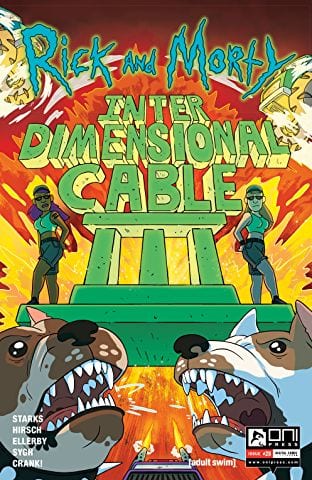 2. Rick and Morty #28- I’m not a huge fan of the Rick and Morty comic but I’ve enjoyed my fair share of issues, but I’d be remiss not to plug it this week with the return of season three on Sunday. Seriously, there’s a chance I might be more excited for Rick and Morty than I am for Game of Thrones… maybe. Issue 28 here looks to re-visit the inter dimensional cable jumping seen best in season one and then with a meta twist in season two. I’m curious to see how it translates to the comic medium, plus I’m just really psyched for more Rick and Morty. 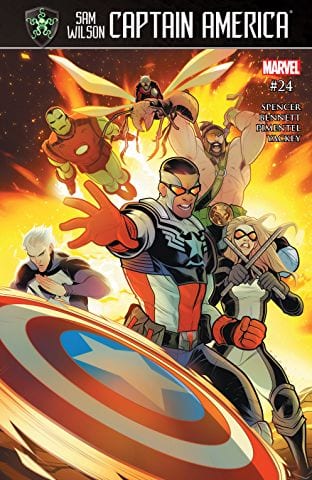 3. Sam Wilson Captain America #24- When Secret Empire started Sam Wilson had had enough and hung up the shield. Well, kids, it looks like the events of Secret Empire are starting to wear on the Falcon as he once again lifts the shield. The world is in need of a beacon of hope and maybe, just maybe, Sam Wilson can be what our heroes need to hang their hats on. Especially after the events of issue seven. It’s always great when the writer of the event comic has two other books that he writes to further expand his story. Did I say two?… 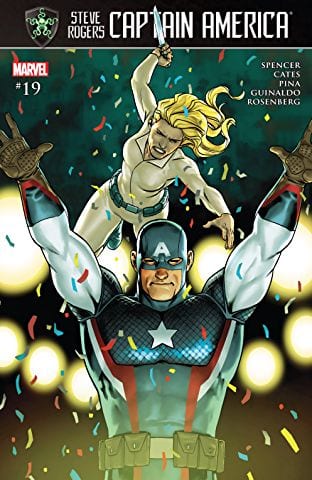 4. Steve Rogers Captain America #19- Steve Rogers is the leader of the free, ummm, not so free world. He keeps amassing victories against our favorite heroes as he’s constantly multiple steps ahead of everyone. Seemingly everything is going his way. Outside of the fact that the love of his life, Sharon Carter, can’t stand him and is being held against her will. Yeah, not so good Steve. This issue looks to pick on the fractured relationship between the two and if there is any possible way that leader of S.H.I.E.L.D. could ever see eye to eye with Hydra Cap. 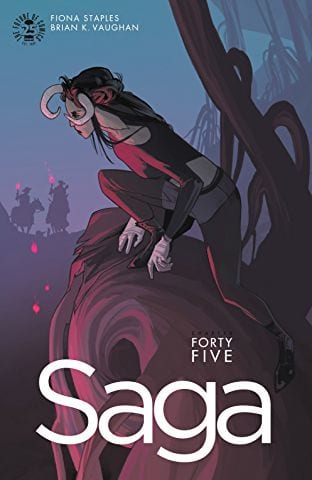 5. Saga #45– Remember at the top of this column when I said I’m still behind on certain books. Wellllllll, Saga is one of those books. I know, I know but it’s not going to stop me from telling you to read it. Seriously, this book is freakin’ fantastic and does nothing but win awards. Vaughn and Staples help to tell a tremendous story about family, love, war, and growing up. You need to put this on your pull list. 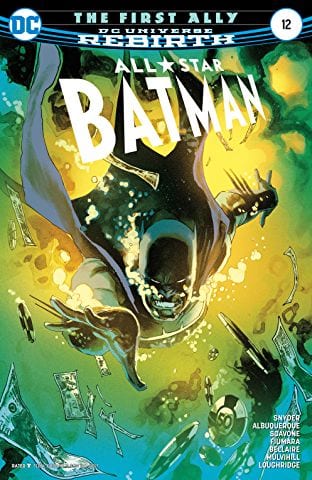 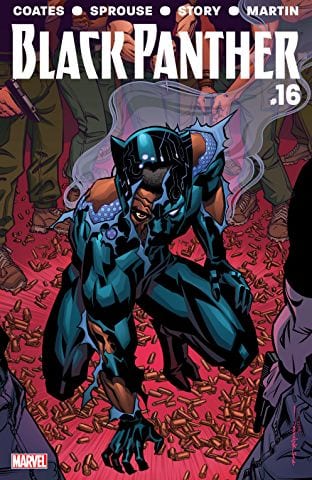 There you have it Geeklings, all the hottest books to get those geeky little fingers on. I know we went a little Secret Empire heavy today but once you read that book you’ll understand why. As always, if you think I’ve left anything off the list sound off in the comments below or you can find me on Twitter @iamgeek32. Feel free to find me there just to discuss comics, it’s one of my favorite things to do. In the mean time, happy reading and many huzzahs!