Geeklings, are you ready for some new comic books? Of course you are. It’s Wednesday, what else could you be ready for? The fact that the work week is almost over? Bah. The fact that Luke Cage drops this Friday? … Actually you should be really excited for that (spoiler alert I’ll be writing the episode reviews. Now you’re even more excited). Insert other things that could be interesting but not as interesting as New Comic Book Day. See? You get the point.

Usually I spend the opening of this column to work in some comic book foreplay before we dive into our main dish, The Pimp Spots. Today though I think we’re just going to jump into things. So, by all means

Now that that’s out of the way let’s talk comics. 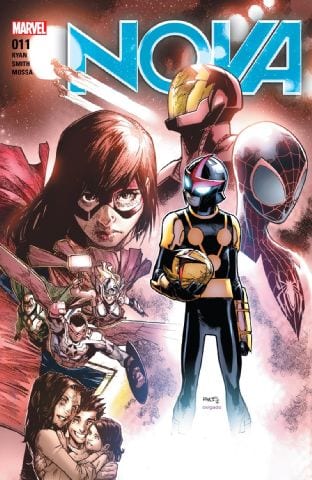 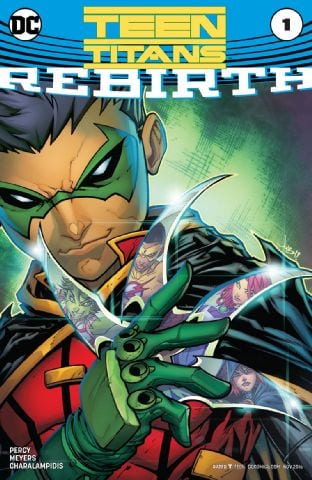 H.M.- Nova #11 and Teen Titans Rebirth #1– It seems that there is a youth movement a brewing in the Marvel and DC universes and I for one am all for it. Especially when it comes to some of these Marvel characters. Nova, Ms. Marvel, and Miles Morales are three of the strongest characters Marvel has right now and have quietly becoming the heart and soul of the Civil War II event. As their Champions series looms ahead expect to see these three characters become more and more important, and what better way to see that then through their individual titles. As for DC, with the Titans book looking to tackle the larger Rebirth conspiracy it leaves a lot of room for characters like Robin and Wally West and the gang to step up and have their presence felt. The DC universe seems to be over flowing with older super heroes (do super heroes even age?) and the Teen Titans could be a prescription that the doctor ordered. 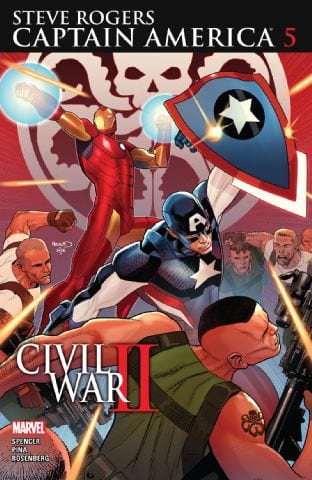 1. Steve Rogers: Captain America #5– This book has been filled with controversy and intrigue ever since it was released. Hydra Cap is arguably one of the more interesting story angles that Marvel has brewing right now, and I’m willing to bet that his reveal is going to lead into another major Marvel event (yay?). Something like Captain America vs the Marvel Universe. I could get on board with that. Not saying that this Hydra thing is going to stick but if you think about it Captain America could be a really badass villain. Things to think about. Other things to think about are how Cap finds himself thrust right in the middle of the Civil War II conflict (see Civil War II #5)  S P O I L E R S where a certain Spider-Man is seen having killed him. This raises a number of different questions. Was this a possible casualty caused by the fighting in Civil War? Did Miles find out what Captain America really is? Is this all a part of some bigger Hydra plan? I feel that Civil War II could use a little saving and this story line has potential. We shall see. 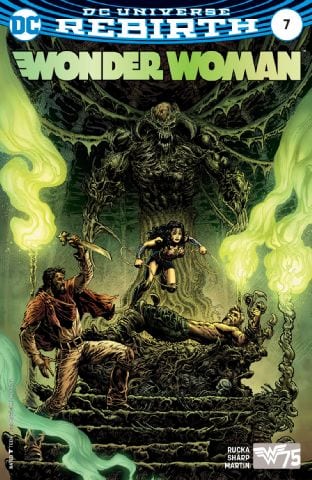 2. Wonder Woman Rebirth #7– At this point what else do I need to be telling you guys in order to get you to read this book? Hands down Wonder Woman is in the midst of a terrific run that has made this one of the central Rebirth books. A great deal of importance is being thrown into everyone’s favorite Amazon ass kicker and the story telling has been superb. There is very little reason for you guys not to be reading this? 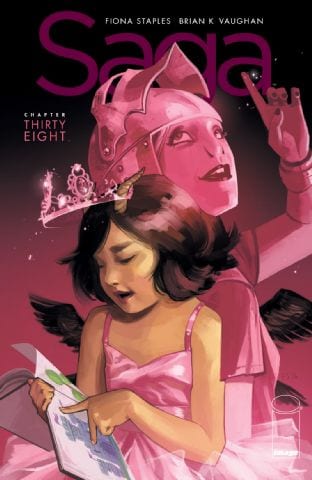 3. Saga #38– There’s a baby on the way. A cat that can tell when you’re lying. A massive war on the horizon. Fantastic art from Fiona Staples. Tremendous story telling by Brian K Vaughn. Saga has been a must read pretty much since it’s been released and two issues back from it’s break there is still little reason for you not to be reading this. Hands down some of the best character development in all of comics. I dare you not to get the feels when reading this book. I. Dare. you. 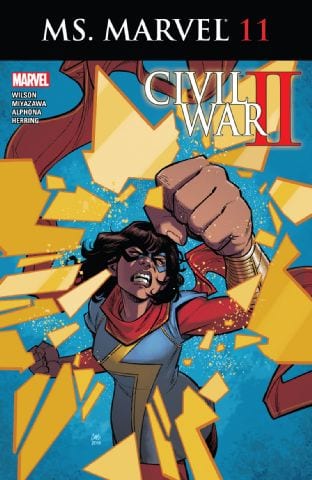 4. Ms. Marvel #11– Speaking of feels, damn, Ms. Marvel has been hitting the heart strings pretty hard with the last couple of issues and I don’t expect that to stop with this one. The events of Civil War II have more or less shattered Kamala Khan’s world leaving her questioning her idol, not sure if she agrees with her Avenger friends, and potentially losing her best friend. Kamala became Ms. Marvel to bring about change and follow the footsteps of Carol Danvers and now is left questioning if that’s been worth it. As I mentioned earlier, Ms. Marvel is a part of the youth movement in Marvel right now, and I expect her to be the leader of this band of fresh blood. Keep reading her stand alone series to watch as those plans get put into motion. I’ve said it before but where Civil War II kind of hits and misses it’s tie-in books like Ms. Marvel that really drive the impact through terrific characters and story telling. This series just feels important to the overall Marvel universe. 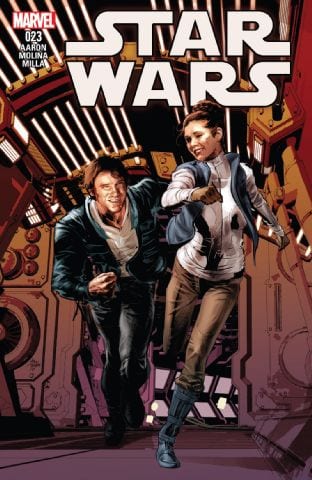 5. Star Wars #23– Jason Aaron writes Star Wars comics. These comics are super fun and really good. If you love Star Wars you need to be reading this series. It’s that simple. Not a hard sale. Just a fact.

There you have it Geeklings. These be the books to throw your money at. As always if you have other suggestions feel free to fill up the comments. Happy reading!