Geeklings, I have had the best day thus far. Why, you ask. Well, I had off of my regular 9-5 job, that’s right I actually do other things to pay the bills besides write about comic books and my favorite television shows. Life can be so hard sometimes, but I do have a cat that depends on me,and since he is the owner (apparently) of our little Fortress of Nerditude I’m forced to work during the day while he… well does whatever the hell he wants. He’s a cat #crazycatladyproblems. Needless to say I had today to myself to get some laundry done and binge read some comic books including issues released today and the ever growing pile of books that have been piling up on my ipad or Fancy Comic Book Reader. It was glorious (*G L O R I O U S* for my wrestling NXT fans). It’s those little moments in life where you can retreat in yourself with tons of comics while you’re badass t-shirt collection gets clean and you ponder the events of the Mr. Robot season finale, that really make the world go round. Sigh of contentment.

As a matter of fact choosing books for the Pull List today was kind of difficult as there are so many good books being released. So to accommodate that we’ve got a pretty full list of books in the Pimp Spots. And since I spent a large portion of my day reading most of these books I can even throw in some mini reviews #hooray This is like the best Pull List ever. 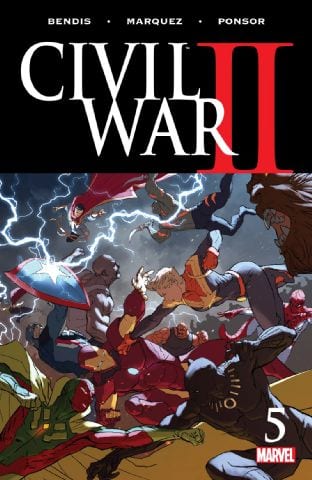 1. Civil War II #5– I want to say that it’s only been the delays that have hurt this huge event comic, but if I said that I would be lying. Here’s my problem with Civil War II besides the name that tries to feed off the ever so excellent original series. It feels like every issue does nothing but spin wheels while re-hashing topics we already know and then ends with some sort of crazy cliffhanger that gets you going “damn” thus forcing you to buy the next issue. That’s it. That’s Civil War II in a nutshell. Tony’s mad at Carol. Carol’s mad at Tony. There’s an Inhuman that is doing his own Minority Report thing. If you’re looking for the good in Civil War II then I suggest you turn to Miles Morales or Ms. Marvel tie-in issues as they actually pack some of the emotion of the conflict in. As for issue #5 you get more of the same here except we finally get to the part where the heroes start punching each other. Yay? Nothing really seems to progress here but the final images are enough to give you that “damn” moment (me especially because the character it concerns is one of my favorites) thus forcing the removal of $4.99 from your wallets whenever issue #6 comes out. I’m actually looking forward to when this event wraps, but at least the art is beyond stellar. 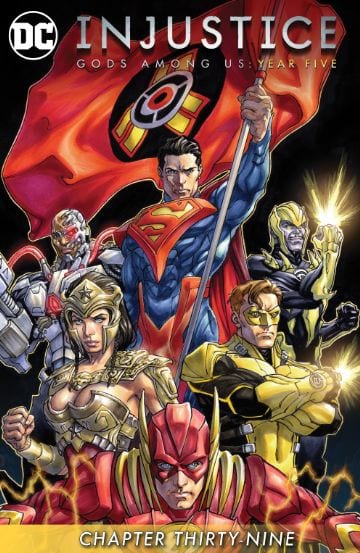 2. Injustice #40– And so concludes the run of Injustice: Gods Among Us a digital series that I came to love. Before Injustice my knowledge of the DC universe was limited to Batman, and this alternate reality really helped open a bunch of doors that lead to my obsessing over most Rebirth books. A comic series that played as a prequel to a video game didn’t have any right being this good, and while there were some rocky moments (years three and four) Injustice was always worthy of being read. As you know by now I’m a sucker for villain Superman and boy does Injustice deliver! This final issue brings us right to the front door of the events of the game and has some great moments between Batman and Superman as their conflict comes to a head. Look for Injustice 2 out next year with the return of Tom Taylor that will be a prequel to the video game sequel. I could care less though as long as I get to spend some more time in this universe. 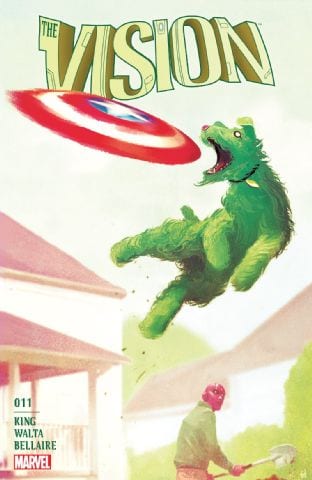 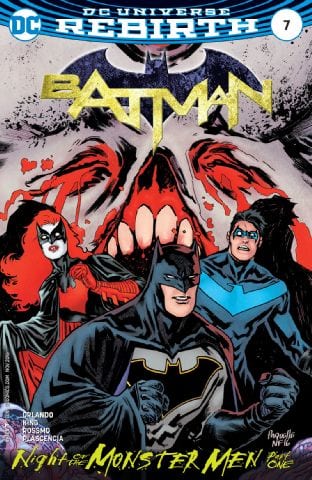 3. The Vision #11/Batman Rebirth #7– That’s right, Tom King gets a spot all to himself this week. And why shouldn’t he? The Vision is quickly becoming one of my all time favorite comic book series, and with only one issue left King does not let off the gas pedal. Following last issues house arrest, Vision is out to avenge the death of his son and has a whole slew of Avengers to deal with. That mixed with the relationship between Viv and Virginia (his daughter and wife)… this issue continues the excellence you would expect. I’m actually going to be really sad when this thing wraps. As for Batman, it’s a good issue. Not great but good. I was really enjoying the story line with Gotham and Gotham Girl (actually reminded me of some elements found in The Vision) as the book kind of shifts in a different direction while still centering on Dr. Strange as our major villain. This “Night of Monster Men” story arc will spread itself out among other Bat titles so keep an eye open for that. 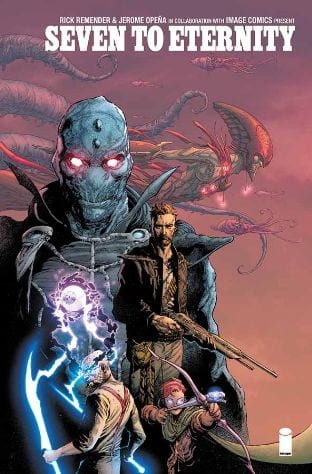 4. Seven To Eternity #1– Rick Remender is one of the best comic book writers out there and never seems to disappoint with any book that he puts out. It usually helps that he’s matched up with artists Matt Hollingsworth and Jerome Opena as this group dominates the stories they tell. With Seven To Eternity I’m not entirely sure what to expect but because it’s these guys and an Image book I know that it’s going to be good. Probably great. A fantasy story that sounds a little bit like Stephen King’s Needful Things (you get what you want at a price) that has the classic battles of good and evil with a dash of magic in a world that seems like it’s got some Mad Max like vibes. Take my money already! 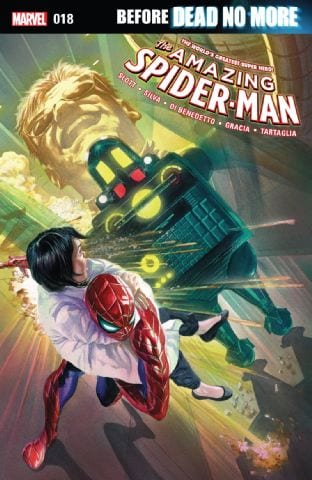 5. Amazing Spider-Man #18– Spider-Man is on the brink of a major event, “Dead No More”, that is sure to rock the status quo just a smidge because of course it would. If there is any hero in the world who can never get comfortable or maybe revel in some of his much deserved success it’s Spider-Man. Look for the return of a major Spidey character here (if you’ve been reading you should know who but don’t look me to spoil) as things really start to heat up for ole Web Head. Not to mention clones. Don’t cringe. I know any time someone mentions clones and Spider-Man it’s enough to make you run to the nearest garbage can and hack up lunch, but have faith. This seems like it could be something different, something good.

There you have it Geeklings! These are the books that are worth those hard earned adult dollars. As for other books that should have your eye? Then I suggest you look at new issues of Guardians of the Galaxy, Green Arrow, Aliens, Superman, and Archie (that’s right a Pull List where an Archie book didn’t make the Pimp Spots). There is plenty of comic candy for your eyeholes to devour so stop reading this and get to it. Happy reading! As always if you’ve got book suggestions you can always place them in the comments below.