I hope that you guys have your cake and streamers ready. Maybe even go out and buy a bunch of ninja stars and a cape and cowl because this Saturday is Batman Day! Color me a little disappointed as last years Batman Day fell on my birthday. Picture that Geeklings. The day used to celebrate Batman was the very same day that was used to celebrate me! If you haven’t done the math, like I have, I’m pretty sure that I’m Batman. What? Do any of you have any proof that I’m not Batman?… No, I didn’t think so. For all you know I’m writing this from a top a tall building in Gotham getting ready to take on the baddies of the night. Which I’m sure has at least three of you wondering, “hmmmm, could it be?” Well, I’ll never tell (pssssst, I’m totally Batman but shhhhh).

Happy New Comic Book Day Geeklings! What a glorious day to be alive. Here’s hoping that you’ve made it to your local comic book shops (shop local people) or just turned on your ipad or tablet and download from Comixology who happens to be my go to provider of comics. I love you Comixology #pleasegivemefreebooks What do you say we break down some Pimp Spots so you guys can leave me and start treating your eyeholes to tasty comic book treats. 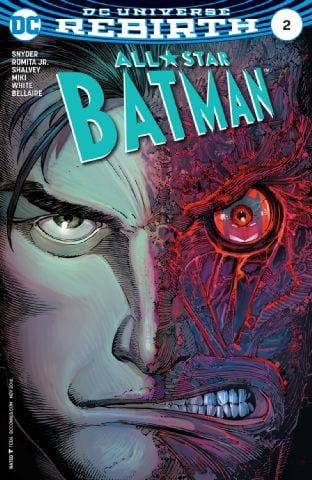 1. All Star Batman #2– Scott Snyder’s newest Batman run hits issue number two this month and I’m anxious to jump back into his new take on the Dark Knight. When Snyder pitched the book as Batman meets Mad Max: Fury Road I wondered how accurate that could be, but it took only one issue for me to understand. This cross country trip where Bats has to take Two-Face to a safe location has already been filled with tons of villains (we’re talking B/C level villains but villains none the less) who are wanting to take Batman out. The tempo of the book is a bit off the walls and I’m curious to see how long this break neck speed can keep out. The internal art has been a pleasure and the panels are more or less eye candy. Just look at this cover. You see how Batman reflects in the bad eye? I love that. Snyder and Batman stories continue to be a recipe for awesome comic books. Why would you deprive yourself of awesome comic books? Especially when Batman Day is this Saturday. Don’t be fools and buy this book! 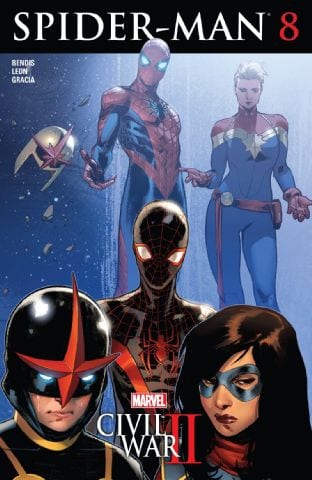 2. Spider-Man #8– Speaking of awesome comic books, have you guys been reading Spider-Man starring Miles Morales? Well you freakin’ should be because it’s one of my favorite reads every month and aren’t you supposed to be listening to every word that I say here? I’m your comic book overlord after all. Last month’s issue ended with Luke Cage and Jessica Jones cornering our hero and I’m curious to what this could be leading to. Bendis has created his own little niche in the Marvel universe starring Miles Morales, Jessica Jones, and the Guardians of the Galaxy and I’m starting to believe that he has a big plan for all of them. Not only that but the events of Civil War II (yes that’s still happening despite the lack of issues) have Miles forced into a war he wants nothing to do with. We know that Miles, Ms. Marvel, and Nova are going to be a huge part of the Marvel universe post Civil War II so expect this book continue to build toward that. 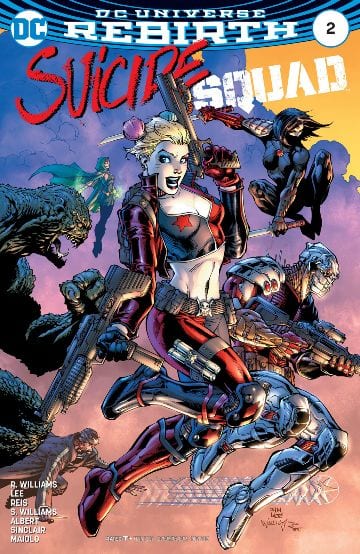 3. Suicide Squad Rebirth #2– Is it me or does it seem like this movie came out forever ago? While I did enjoy the film it has not had the lasting effect of movies like Civil War or Guardians. If it weren’t for the pop vinyl figures I own I might have forgotten about it entirely (that’s not true but you get the picture I’m trying to paint here). The new Rebirth series has been trying to re-establish the Suicide Squad as a major force in the DC comic universe and it’s had it’s share of ups and downs. This fall will see the Squad in it’s first big crossover event and as this book continues to push to the readers that this group is awesome. It helps that the team’s make up is very similar to the movie’s to draw new readers in. I on the other hand am hoping the book could be a little more consistent. 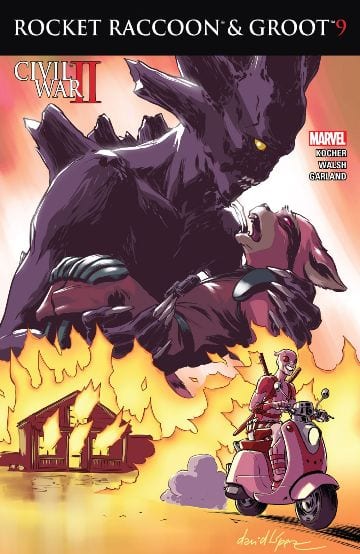 4. Rocket Raccoon & Groot #9- I love Rocket and Groot. I mean, who doesn’t?! The combo of a smart ass raccoon and a talking tree that wander the galaxy getting into adventures? The book almost writes itself. Now throw in Gwenpool and you have the potential for some crazy fourth wall breaking and hysterics. While the book seems like a Civil War II tie in I wouldn’t hold on to that too much. It seems that it’ll be mentioned but the core of the book will be the crazy that happens between these three. Not to mention this cover is pretty epic. What did you do Gwenpool?!  It seems like one of the more enjoyable books out this week, especially if you’re not looking to over think things. 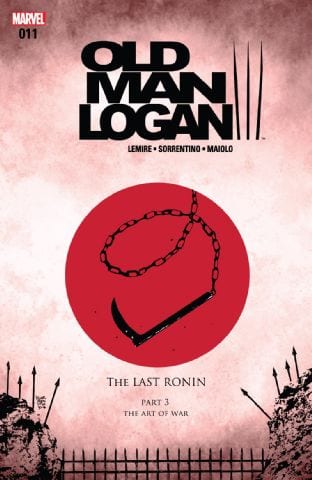 5. Old Man Logan #11– If you don’t know what Old Man Logan is you should probably take the time out and introduce yourself before Wolverine 3 is released as I’m pretty sure it’s going to be the foundation for that film. Picture the Marvel universe in a post apocalypse like environment with the majority of characters dead, and there’s Logan. Old, angry, grizzled Logan just trying to survive. There’s sort of this western/lone gunslinger mentality to the book and one of the better X-Men books out there.

There you have it Geeklings. These are the books that you should be reading this week. There are others out there, like The Flash, Doom Patrol, Deadpool (one of his books anyway), Superman, and more. As always the comments belong to you and whatever you may be reading. Happy reading!