Our weekly comic book guide sits in front of his lap top armed with the list of titles released today. As he glances it over again, making sure he’s picked the right books for the coveted Pimp Spots, he notices that you’ve entered the room. He shuts his lap top as if to give you his full attention. You notice that he’s wearing a Team Rogers: Civil War t-shirt and a Pearl Jam hat. It’s a flat brimmed hat and he hates that but it looks good backwards and it’s a Pearl Jam hat so who cares. Do any of you need to know this? No. Does it paint a vivid picture? Sure. Oh, he’s wearing shorts for those of you who were worried that he was not wearing pants because they weren’t mentioned. He’s not a Disney character. Get your mind out of the gutter.

Picture the opening to Mr. Rogers as our comic book guide begins to speak

Kevin: Oh, hello there. Have you guys been here long? I hope not. I was just going over the list of books for the week and I think I’ve picked some real winners for you. You know, New Comic Book Day isn’t just a day to celebrate comic books. No. It’s also a day where we can all gather here, at Fan Fest News (insert cheap pop) where we can discuss comics! What’s better than getting together with friends and talking comics? Nothing, that’s right.

Now while not all the books released this week can make it into the Pimp Spots it doesn’t mean that they can’t be mentioned. DC has new issues of The Flash, Action Comics, Wonder Woman, and Green Lantern out today. Rebirth be all up in your grills this week. I’m so hip on the dopiest slang, aren’t I? #ispithotfire

Marvel has books too. For example if you want some Civil War II tie-ins then you should look at Captain Marvel, Deadpool, and the New Avengers. If you’re the type of person who protests big event comics, which means you must protest a lot of books, then why not turn to the newest issues of Star Wars, Unbeatable Squirrel Girl, or Extraordinary X-Men. You’ve got options and that’s all that matters.

Speaking of all that matters, why don’t we turn our attention to the Pimp Spots. I felt that bolding the title really highlighted the importance of the books. #funwithfonts 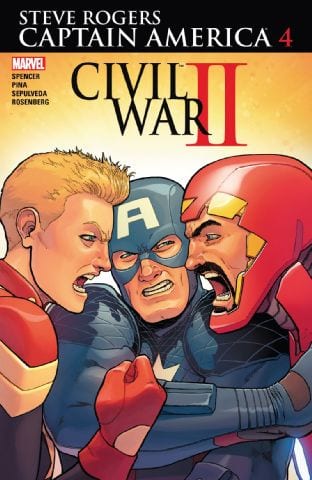 1. Steve Rogers: Captain America #4–  Ever since this title introduced the story line that Cap has been a sleeper agent of Hydra this whole time-

it’s put Cap on a whole different level. On one hand we’re waiting to see how awful Hydra Cap can really be because a part of us still doesn’t want to believe that this is a real thing. Yet, here we are watching Cap do Hydra like things on the monthly. The other thing we’re waiting for is that other shoe to drop. At some point the Marvel universe is going to find out about Cap especially with all this Civil War II stuff going down. I mean please, does my man think he can hide that Hydra chest tattoo forever?! No matter what the reason that has you reading, you can’t help but admit that Steve Rogers Captain America has provided some of Marvel’s most compelling/controversial story telling right now. 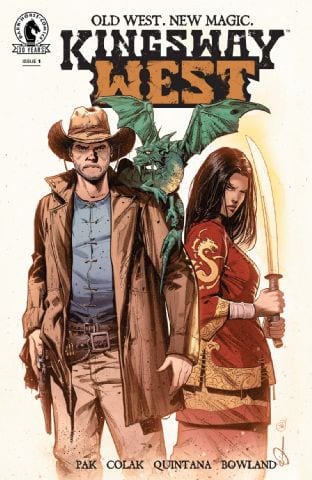 2. Kingsway West #1– It’s a classic western story. A gunslinger (not Roland who is the king of all gunslingers #darktower #towerjunkie #whydoihashtagsomuch) who has a very particular set of skills no longer wants to live a life where he uses those skills. Sooooooooo he and his wife isolate themselves from that type of world but that type of world eventually catches up with them. Life is hard when you’re a gunslinger. Not to mention that this version of the western has magic in it (and if the cover is to believed also a dragon). Oh! It’s also written by Greg Pak. Sold! 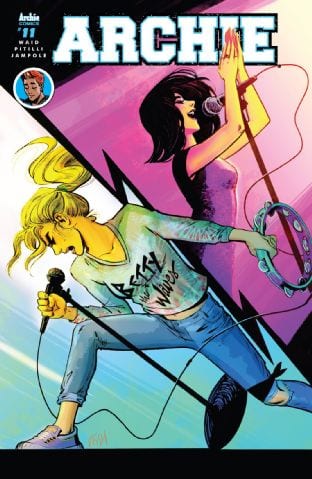 3. Archie #11– Geeklings, Geeklings, Geeklings. Have I gotten through to you yet? How many of you have started reading Mark Waid’s Archie? Be honest (that’s what the comments are for). Well the good news is I’m not going to stop pimping it. This books has everything you want in a non-super hero book. Yes it does doubters! This month’s issue sees Archie starting a band with Jughead and…Veronica (*sigh*). Well Betty ain’t cool with that shiz because a large part of her relationship with Archie centered around music (I’m totally Team Betty peeps) which leads her to start her own band. I know! Geeklings. Geeklings! Read this freakin’ book. 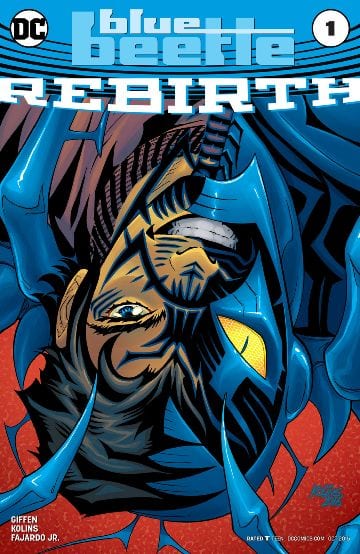 4. Blue Beetle Rebirth #1– I like to think of myself as a very knowledgeable comic book guru. That’s why I’m here every week talking about books. I can honestly say though I know very little about Blue Beetle. Sorry. I mean, his costume looks really cool and I know he gets his powers from some sort of scarab, but other than that I’ve got nothing. But I do know people are excited for this book, and I am nothing if not a man of the people. This Rebirth series sees our hero return home after spending some time in the desert with no memory of the last few years. The only thing is home is not home and in the hands of some sort of government agency that is very interested in his powers. Yeah, I thought it sounded cool too. 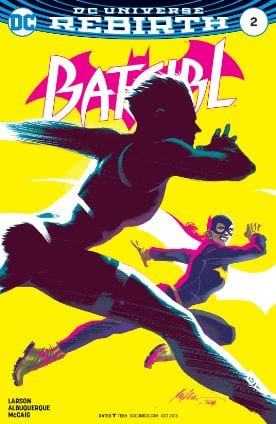 5. Batgirl Rebirth #2–  If last month’s release of the Killing Joke movie left a bad taste in your mouth when it came to fan favorite Batgirl then fear not as a new issue of her series has returned. And if there’s some one who get’s Batgirl it’s her own series. Rebirth has brought about a number of changes for Babs and restored (or kind of sort of restored?) some major story lines to continuity. Batgirl continues to be one of DC’s most consistently good books and deserves to meet your eyeholes.

And there you have it Geeklings. These are the books of the week. What you do with them is up to you. I personally would read them because that’s what they’re intended for. But hey if you want to build a comic book fort in the middle of your living room then who am I to stop you? Actually, can I get an invite to that party? Who doesn’t love making forts?

See everyone next week and as always if you have suggestions the comments belong to you (*crickets*). Happy reading!