What’s that? Did you guys hear that? Listen carefully. There! There it is. What is it? Isn’t that kind of obvious? It’s Wednesday. There’s only one thing it could be. The sound of new comic books dropping.

Welcome back to The Pull List Geeklings, the place you turn to for the comic book deets (am I using that right?) but stay for the wit, charm, and boyish good looks. Don’t act like you don’t. You’re fooling no one.

It’s an interesting New Comic Book Day as the next issue of Civil War II was supposed to come out but if you look carefully it’s not on your shelves #delays. That’s right, another Marvel summer event is going through Operation Delay Comics But Add On Another Issue, much like last years Secret Wars. I understand that comics run into delays but the adding of another issue seems kind of counter productive at this point. You can’t even get the story out on time and you want to add another issue? If you say so. Here’s hoping this wraps up strongly because as of right now Civil War II has not been delivering. Quite literally.

While Marvel is having a tough time getting it’s main event out on time over at Image it was announced that Invincible will be coming to an end in 2017. Robert Kirkman, who does write other comics besides The Walking Dead, broke the news today. While it’s sad to see a creator owned super hero title meet it’s end I can’t help but respect what Kirkman’s done with the title. Plus giving things endings makes the story complete (duh). A lot of times in comics, especially with super heroes, the narrative goes on and on and on and on… you get the point. It’ll be interesting to see a super hero book reach a conclusion. Things to pay attention to over the next year.

As for today there are a number of books you can choose from. For example DC has new issues of Suicide Squad (got to promote that movie), Green Arrow, Supergirl, and Superman out today. I know that I don’t really pimp spot many Superman books (I think I’ve only done a handful), and for that I’m sorry. It’s just I find most other heroes more interesting. Sorry (but not really). Marvel has no event comic out today but it doesn’t stop it from tie ins. Check out All New Wolverine, which has been one of the stronger X-Men titles going right now, as she looks to throw down with Hydra Cap. Speaking of Cap, there’s a new issue of Captain America: Sam Wilson with a super awesome cover, and The Fallen #1 comes out today addressing the death of the Hulk. Some pretty interesting stuff across the board.

But those aren’t the titles you came for. You came for the Pimp Spot Books. Let’s break those down so you can run to your local comic book store (or Comoxiology… who still hasn’t given me free comics despite how much I mention them) and get your read on. 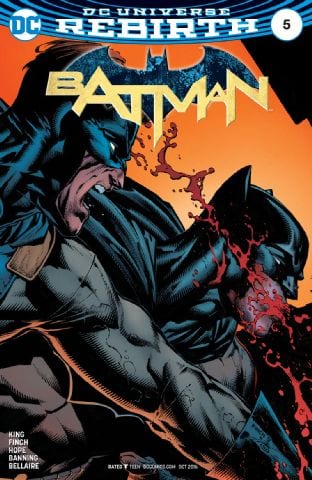 1. Batman Rebirth #5– I’m still adjusting to life where Batman gets released twice a month. I’m hoping this is a trend that slows down as I’m convinced that DC is trying to bankrupt me. Needless to say the first Batman story arc of the Rebirth era is wrapping up this issue, and it’s sure to be a doozy. Tom King has done a pretty bang up job taking over the title, and ever since reading The Vision I have quite the author crush on him. Look for some new doors to open as this series starts to expand, and maybe someone else to wear the cowl in this issue. What? Who? Yep, totally got you guys now. 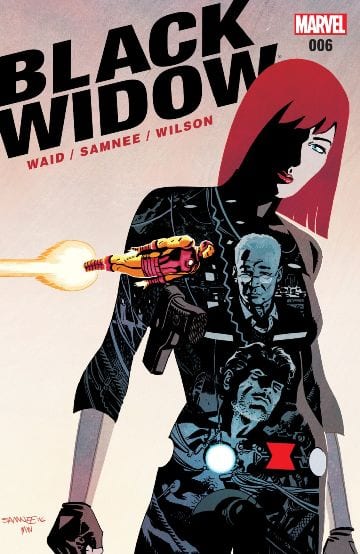 2. Black Widow #6– Tired of big event tie ins? I don’t blame you. They usually only loosely connect to the event and take away from the actual narrative (unless you’re Ms. Marvel or Spider-Man staring Miles Morales). Why not turn to Mark Waid’s Black Widow series which is ignoring Civil War II and providing terrific stories with fantastic art. The Avenger movies have helped showcase Widow as a legit hero in the Marvel universe and Nathan Edmondson, and now Mark Waid, have really taken that ball and run with it. This issue sees the Widow feuding with Iron Man and looks to continue the trend of excellent issues. 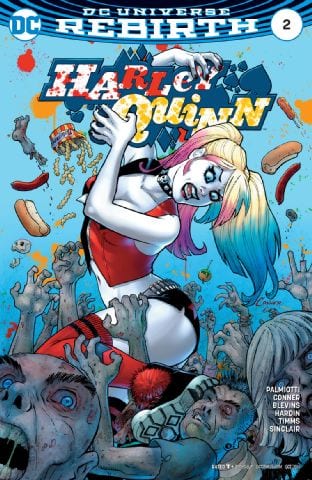 3. Harley Quinn Rebirth #2– Say what you will about Suicide Squad, and people have a had a lot to say, but you can not deny the fact that Margot Robbie straight up killed as Harley Quinn. We are posed for this to be the summer of Harley or maybe even the year. As if the Suicide Squad movie and comics weren’t enough for you then you can turn to her own book to get some more of that Harley Quinn action. While Harley has kind of become the DC equivalent of Deadpool it hasn’t lessened the enjoyment her books bring. This issue continues the zombie story arc that started with Rebirth. As if you needed any more reasons to read this. Harley Quinn and Zombies. Where’s that mallet? 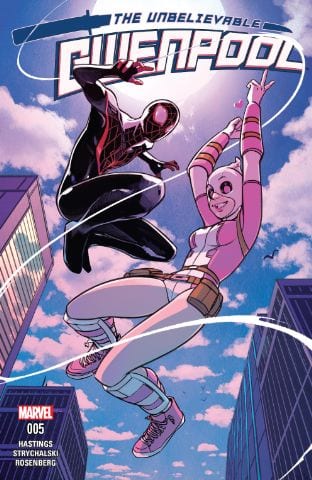 4. The Unbelievable Gwenpool– I’m going to be honest with you Geeklings. I have never read an issue of Gwenpool. Not one. I’ve seen some stuff on the interwebs, and they were enjoyable, but I never thought about shelling out my adult dollars. It’s not from a lack of interest but there are just so many comics I can read. Maybe if Comixology starts hooking me up with free books this won’t be a problem (wink, wink, nudge, nudge). I know this book contains the 4th wall breaking type humor you expect from Marvel characters with the first word “Dead” in their name, but also this months starts a story arc containing Miles Morales. He’s kind of the best. Sounds like a solid enough reason to tell you guys to buy this. 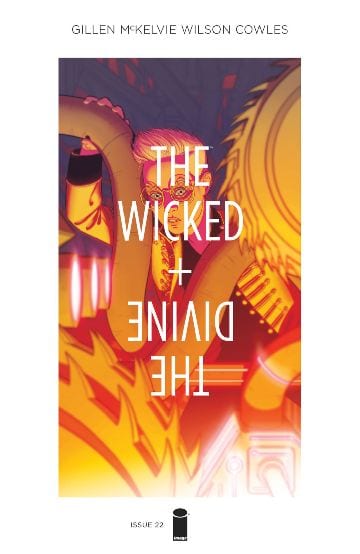 5. The Wicked + Divine #22– Issue #22 wraps up the current story line of The Wicked + Divine, one of the best books that Image is releasing on a monthly basis. If you need more reasons to read this book the write up is promising violence. Violence. Who doesn’t like ending story arcs in violence? No one, that’s who. Start reading.

There you have it Geeklings. These are the books you should be reading this week. If you feel that I’ve left something off by all means post in the comments. You can even address my hate for Supes. I won’t get mad at ya. I promise. As always the comments are yours. Happy reading and see you next week!

Video found from You Tube and not entirely sure who it belongs to but they should get the credit. That video makes me laugh