Welcome, welcome, welcome!! It’s Wednesday and you know what that means Geeklings, it’s time for a brand spankin’ new edition of The Pull List. Which I hear is your favorite column (which is also a stat I’ve completely made up in order to inflate my ego. For those of you who are wondering… it worked). I’ve been looking forward to writing this column all day, and left my day job like this

Well, not exactly. For starters I wasn’t in the back of a cop car or dressed like the Joker. Also I just feel like sticking yourself out of a car window like this is just a wee bit reckless. I was aiming more for that metaphor feel. Like this is how I felt in my heart. Which I suppose also gives the wrong impression. Like in my heart of hearts I see myself as the Joker… man, I am saying a lot of things.

For those of you keeping up with the current events of my life (as I’m sure most of you are as I am ten pounds of awesome in a five pound bag… #ego) I did indeed score NYC Comic Con tickets and shall be there. Maybe we can set up a meet and greet as things get closer. Talk geek together. Could be fun. In the mean time why not take this time and talk comics because there are a bunch of books that you should be paying attention to this week (yes you). 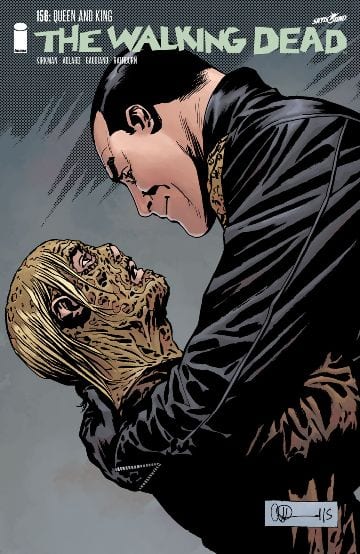 1. Walking Dead #156– Negan and Alpha sitting in a tree. P-L-O-T-T-ING… Did that work? I’m not sure. We’re going to roll with it as if it did work because Rick and company have got themselves quite the issue this month as Negan and Alpha are working against our survivors. Considering that Negan has been the best villain the comic has provided (don’t worry Governor lovers he’s a close second. Man, did the show drop the ball there #amirite) and Alpha captures all the creepy/A sexualness that is needed to dress up in the skin of zombies. If the rumors are to believed, then we are in store for something big this issue, and when it comes to big in the Walking Dead that can only mean one thing… death. But who? Is this the time that Robert Kirkman pulls the trigger and kills Rick? Or more logically takes out one of the other big five (those members are Maggie, Carl, Andrea, and Michonne)? Either way I’m thinking this issue is going to hurt in ways that only the Walking Dead excels in. Yay, bring on the pain and the tears. 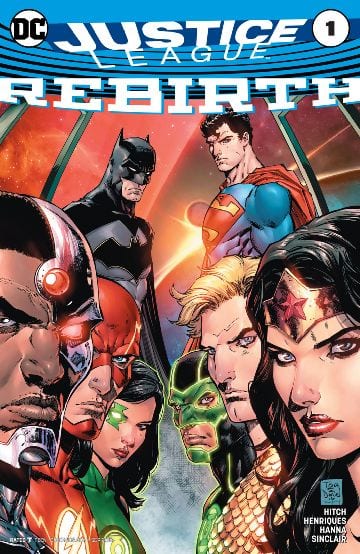 2. Justice League Rebirth #1– After taking last week off, Rebirth has returned with a slew of new books, and none more important than Justice Leauge. There shall be dramatic changes to the team as new members are welcomed in and in one case maybe not so much. The pre-New 52 Superman is joining the ranks this month and needless to say he comes with a bit of suspicion from some of his other super friends (looking at you Batman. Like we didn’t see that coming. Batman is paranoid about everyone). I think that including a member of the team who remembers life before the New 52 adds an interesting dynamic and I’ll be curious to see how long it takes for this version of Supes to win over the team. Or maybe we could just make the guy a villain like Injustice. That’s the best type of Superman and you all know it! 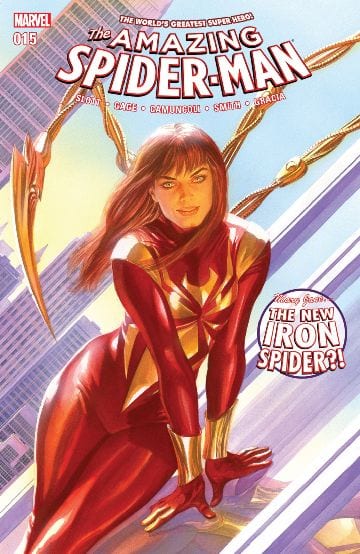 3. Amazing Spider-Man #15– I have not given Amazing Spider-Man a lot of love here at The Pull List and it’s for a couple of reasons. Up until last night I was severely behind in my Spider-Man reading (shame), and I’ve been kind of hit and miss with Dan Slott’s run. Some things I love and other things, well, not so much. His current story arc involving Regent has been pretty enjoyable and reaches it’s conclusion this week. And if the cover is to believed than we might be seeing Mary Jane find some real use post One Last Day. The idea of her in the Iron Spider costume could be cool and who knows where that could lead. I’m just happy to see her involved in Spider-Man stories again as she’s been kind of hidden in the background for awhile now. God forbid we see her and are reminded of the One Last Day story line and how she helped Spider-Man make a deal with the devil… you know what Geeklings? The anger is still real on that. Ugh. Here’s to Iron Spider MJ in the hopes that awesome things follow. 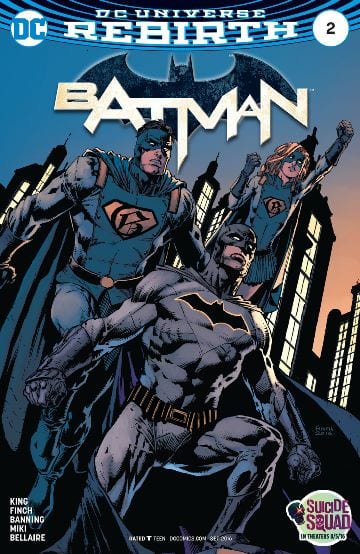 4. Batman Rebirth #2– Batman #1 was a really good read which brought a great character moment to the table (even though it was kind of hollow) when Batman asked Alfred if what he was doing would be considered a good death/would he have made his parents proud. While I knew there was no way Bruce was dying it still made for a great moment that moistened the eyes a bit. Issue two is out today as we hope to learn more about the new heroes in town, Gotham and Gotham-Girl (how original guys). Can these two be trusted? Can they conform to Batman’s rules (who killed that missile launcher last month?)? I’m not so sure but considering this is Gotham and a Batman book I would consider them dangerous until they prove otherwise. 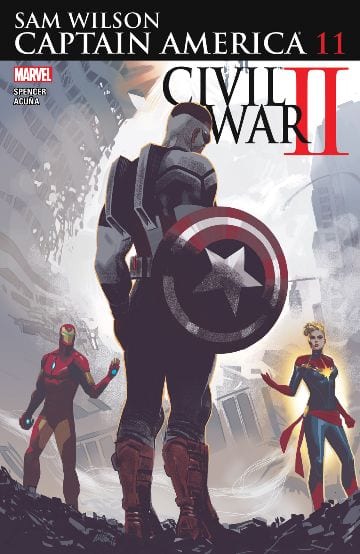 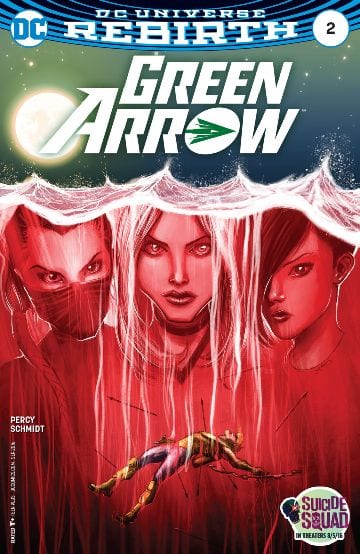 5. Green Arrow Rebirth#2/Captain America: Sam Wilson #11– I couldn’t decide on which one of these I wanted to use as the fifth book so I just doubled up. That’s part of the perks of writing your own column, you can do what you want. Green Arrow has been one of DC’s best books since the launch of Rebirth (and that’s saying a lot since all of these books have been straight fire) and ended last month on quite the cliffhanger. With a story title like “The Death and Life of Oliver Queen” one would assume that Oliver is going to come close to dying (hence last week) so let’s see where the book goes from here. I’m digging it though.

With Captain America it’s time for Sam to pick sides (in case you were unaware Marvel finds itself in the midst of a civil war. Who knew, right?). I’ve really enjoyed Sam’s run as Cap and curious to see where he sides. If Marvel history has taught us anything it’s that if Iron Man is on one side than it’s most likely to find Captain America on the other. Will this continue that trend? Maybe. If not Steve Rogers and all his Hydra goodness can always oppose ole Shell Head.

There you have it Geeklings! These are the five (six) books you should be paying the most attention to this week. Let me know if you’ve got anything else on your list (like Dark Horse’s debut Bounty). Or if you want to gab comics the comments are all yours. Happy reading!